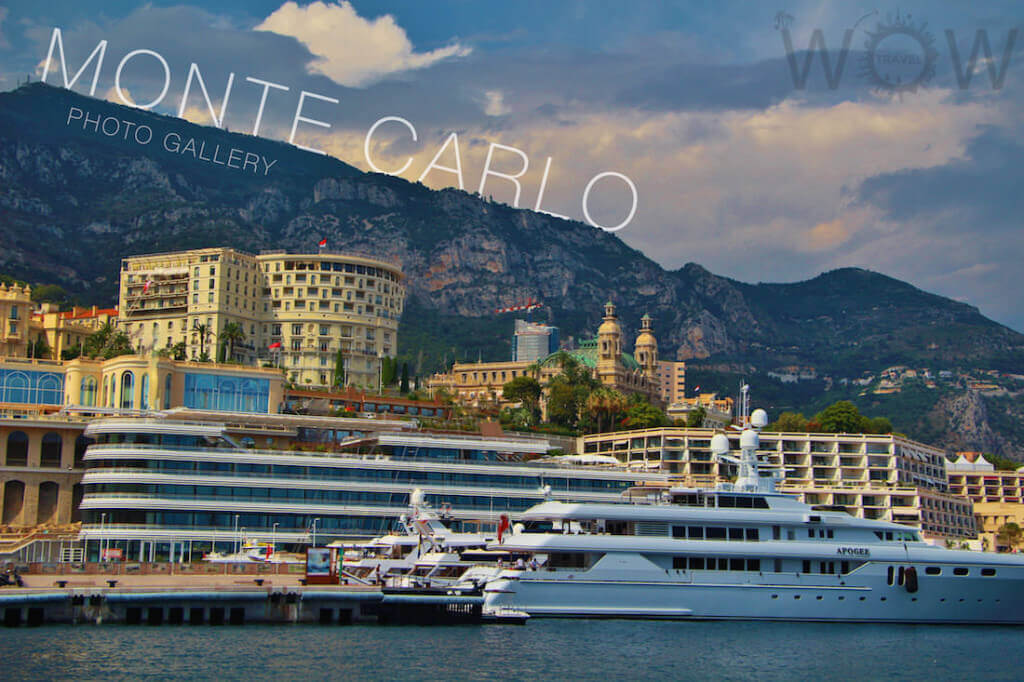 This is our second visit to Monaco, Europe’s most glamorous principality and the second smallest country in the world. The geographical position of Monaco which sits atop a narrow coastal area with its three sides surrounded by France and its southern side facing the Mediterranean Sea makes it an ideal destination for tourists and nature lovers. We can give you a thousand reasons to visit Monte Carlo in Monaco but then this would be a book instead of a blog post. So instead, WOW Travel shares with you 10 Photos of Monte Carlo That Will Make You Want To Move There.
Booking.com

Come explore this legendary place where everyone’s dreams come together. A magnificent fusion between history and architecture, the Casino de Monte-Carlo has kept its “Belle Epoque” finery, its gildings, chandeliers, columns and sumptuous decor.

Hercules Port is a natural bay at the foot of the ancestral rock of the princes of Monaco. It is one of the few, if not the only deep-water port of the French Riviera. The principality of Monaco is home to more millionaires per capita than any other place in the world, so get ready to see world’s leading luxury yachts everywhere.

At Port Hercule of Monaco, There is a secret Pool/Beach made of concrete. Access to the sea is by ladders. Young locals comes here for lunch and sunbathing. Ideal for those looking for a bit of peace. In order to reach this beach, take the direction of Port Hercule. You can park in the parking lot of Fishermen then exit at -3 and take the path on the left just before the tunnel.

Monte Carlo is not the capital of Monaco but a government district. The country is divided into four areas: Monaco-Ville (the old city), the Condamine (port quarter), Monte-Carlo (business and recreation), and Fontvieille (recreation and light industry).

is the only railway station in the Principality of Monaco. It is served by trains of the French operator SNCF, on the Marseille–Ventimiglia railway line. The station, along with the entire railway line in the principality, is underground and it’s beautiful.

Monaco is a principality governed under a form of constitutional monarchy, with Prince Albert II as head of state. The Genoese built a fortress on the site of present day Monaco in 1215. The current ruling Grimaldi family first seized temporary control in 1297, and again in 1331, but were not able to permanently secure their holding until 1419. The state’s sovereignty was officially recognized by the Franco-Monegasque Treaty of 1861.