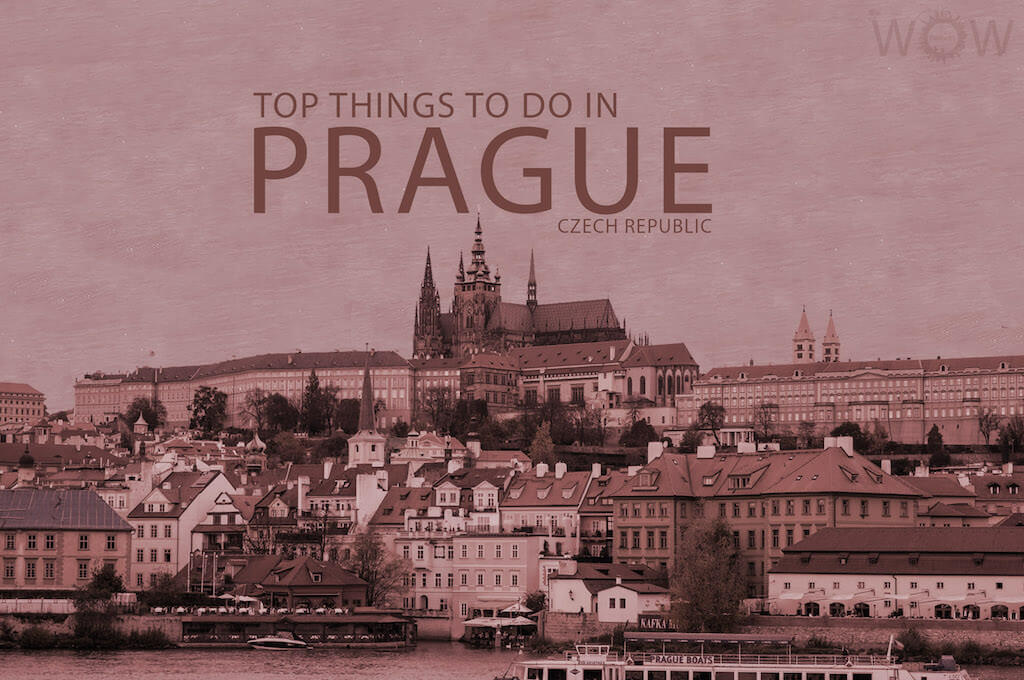 Perhaps Prague’s most famous landmark is the Astronomical clock located in front of the Old Town Hall which attracts hundreds of tourists from around the world, however there are many other reasons to visit this delightful European city. Romantic couples travel to Prague hoping to take the perfect picture in front of the largest castle in the world. Others escape to Prague in the Spring to enjoy the international music festival that gathers world-class artists and symphonic orchestras. Many of us just come to sit in one of the hundreds of pubs and drink an ice cold beer and try Czech delicacies. Any reason is good, here is WOW Travel’s Top 10 Things To Do In Prague to help you plan your visit.

Dancing House – Today the Nationale-Nederlanden building, also known as the Dancing House or Ginger and Fred, has become a landmark of Prague architecture. The courage of the development team to include the design by Frank Gehry and Vlada Milunič in a traditional urban environment has garnered the attention of the general and professional public both at home and abroad, while earning several honours. The building is an example of deconstructivist architecture, with an unusual shape. It reflects a woman and man dancing together. 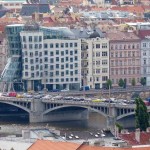 Jewish Quarter – The Jewish Quarter ‘Josefov’ is perhaps the most interesting parts of the city. Few European cities can boast a better preserved Jewish Ghetto than Prague. The former Jewish Ghetto in Prague has a long history, going back to the 12th century. One can visit the oldest active synagogue in Europe (the Old-New Synagogue), the Old Jewish Cemetery from the 15th century, the Jewish Town Hall and several other historical buildings are preserved in this quarter, which is called Josefov at the present time. 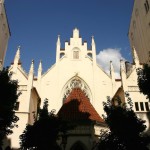 Wenceslas Square – The most famous square is certainly the Wenceslas Square, formerly known as Horse Market (Koňský trh). This square is the commercial and administrative centre of the city as well as the site of important social and historical events. Here you’ll find shops, cinemas, theatres, hotels, restaurants and bars. 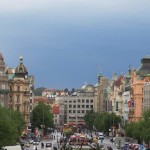 Žižkov District – “Prague’s district Žižkov is well known among the praguers as the place to go if you want to have fun later in the afternoon. Žižkov has a reputation of a place with a lot of cheap and trendy pubs, bars and clubs with it’s unique atmosphere. By foreigners it’s sometimes called “Prague Montmartre“. It was originally one of Prague’s working-class districts where it’s not good to be after the sunset. Now it turned in to a place where all young people want to live or at least spend their spare time in a good company of their friends. There’s literally pub on every corner and it’s really the place where you can experience the real Czech pub and club atmosphere.” Source: Prague Alternative Tours 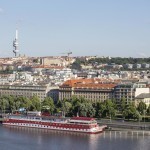 “The ancient splendor and beauty of Prague, a city beyond compare, left an impression on my imagination that will never fade” – Richard Wagner

Charles Bridge – The most famous bridge in the Czech Republic and Prague’s oldest bridge, was built to replace the Judith Bridge that had been badly damaged by floods in 1342. It is a 520-meter (1706 ft) stretch of masonry that spans the River Vltava in serene fashion. Built between 1357 and 1402, the gothic-style bridge was the only way of crossing the Vltava without taking to the water for 460 years. Made up of 16 shallow arches, lined with Baroque statues and three elegant towers, it offers spectacular views over the old town. 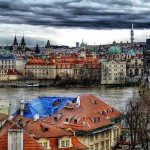 Mala Strana – Developed at the foot of Prague’s Castle Hill, Malá Strana is home to the grandeur of palaces and the quaintness of the old Inn and it offers you a magical journey through history. Unlike Old Town, steep streets, stairways and beautiful palace gardens await you in Mala Strana, also known as Lesser Town, in Prague. The diversity of the Baroque façades gives Lesser Town the atmosphere of a storybook setting, but it is also a residential neighborhood, and home to the government and offices, embassies and foreign diplomats. Lesser Town begins with Charles Bridge and clusters between the river, Prague Castle and the surrounding hills. Some of the main attractions include the Church of Our Lady Victorious and Wallenstein Palace with its impressive gardens. 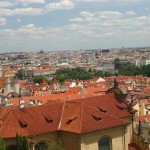 Old Town Square – The Old Town Square and the surrounding quarter form the heart of the city of Prague. The lively square is lined with magnificent buildings such as the elegant tower of the Town Hall with the world famous astronomical clock, the proud silhouette of the fairytale Týn Cathedral, the monumental Church of St. Nicholas and countless multicolored houses in different architectural styles, from Gothic to Baroque. The Old Town of Prague has always been a merchant district, and in the Middle Ages it was controlled by a powerful and thriving aristocratic community. 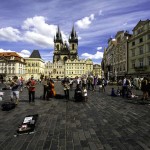 Astronomical Clock – The astronomical clock’s main function was to depict the movement of celestial bodies (including the Sun and the Moon); showing the time was merely a secondary element. Every the famous Clock combined with an hourly mechanical “show” when hundreds of people gather below it and waiting to watch it. Cool Fact: You can visit the Astronomical Clock not only in Prague but even thousand miles away – in Seoul. The replica was built in a popular district Hongda and works as a restaurant and exhibition center. 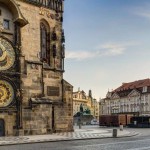 Týn Church – Týn Church, often called “Church of Our Lady before Týn”, is a dominant feature of the Old Town and one of the most preeminent symbols of Prague. The Roman Catholic Týn Church seems as if it belongs in a fairytale. Its style is ornate, with black gothic spires, Renaissance decorations and baroque interior.

If European cities were a necklace, Prague would be a diamond among the pearls

Prague Castle – Prague Castle is the official residence and office of the President of the Czech Republic. The Prague Castle was founded around 880 by Prince Bořivoj of the Premyslid Dynasty (Přemyslovci). The 9th century castle is listed in the Guinness Book of World Records as the largest and oldest castle in the world. The castles subsidiary buildings including the St. George’s Basilica and St Vitus Cathedral. Prague Castle is a UNESCO World Heritage site, it consists of a large-scale composition of palaces and ecclesiastical buildings of various architectural styles, from Roman-style buildings from the 10th century through Gothic modifications in the 14th century. 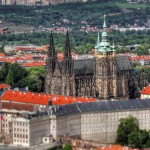