Japan is like the two faces of one coin, both connected but starkly different. On one side you have the futuristic cities like Tokyo and Osaka with their neon lights, flashy buildings, and hi-tech appliances. On the other, is traditional Japan with centuries of culture, delicately handed down from one generation to the next. The beauty of Japan is that these two sides complement each other perfectly, where Shinto and Samurai are as much a part of everyday life as the next big gadget.

A top thing to do in Japan to experience this ancient side is to spend a night at a traditional Japanese inn or an old farmhouse. Experience what it is like to sleep on a futon on a tatami floor, rather than a bed, after you’ve had one of the most exquisite meals. There is much more to Japanese food than sushi which you’ll soon discover as you travel the country.

Another very traditional thing that the Japanese pride themselves on is the bath which is fed by water from the onsen. There are thousands of these hot springs scattered across the major islands, created by the high volume of volcanoes. Traditional inns (ryokan) are generally built near or over these onsens.

The archipelago has 6,852 islands stretching along the Pacific coast with a large mountainous area and forest cover. A must-see in Japan is its highest peak is Mt Fuji, a breathtaking sight even from afar. The sacred mountain attracts thousands of climbers every year, as do the other surrounding mountains. Skiing is big during the winter with the snow pulling in the crowds.

Getting around Japan is fairly simple with its fantastic public transport system. You can whizz in from the southernmost island to any of its gleaming cities in the comfort of a bullet train within no time. While most people have heard of Hiroshima and Nagasaki, Kyoto is where you should head to experience Japan’s rich past. With over 2000 temples and shrines, a delectable platter of gastronomic delights and age-old traditions, Kyoto will have your soul. 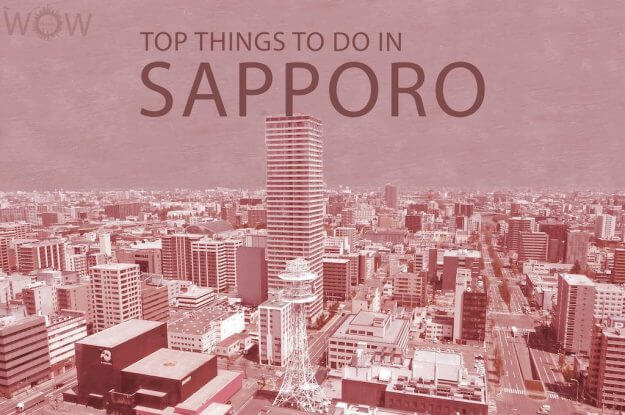 Top 12 Things To Do In Sapporo

While you are exploring the beautiful island of Hokkaido, your visit to the capital city of Sapporo is a must. This part of the island is considered to be one of the most gorgeous sights of the island and also permits you to perform a number of activities. This is the place where you can… 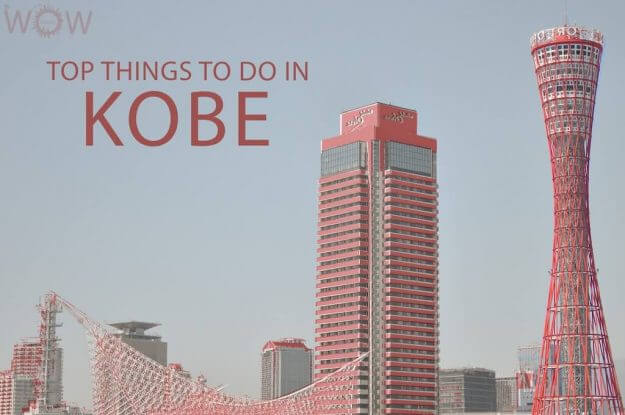 Japan is one of the most vibrant Asian countries, thanks to the thriving technological ambiance and dazzling natural beauty. Even though Japan is critically located within the Ring of Fire and there are high chances of some devastating natural calamities, the country is becoming a superpower since the World Wars. And in this country, one… 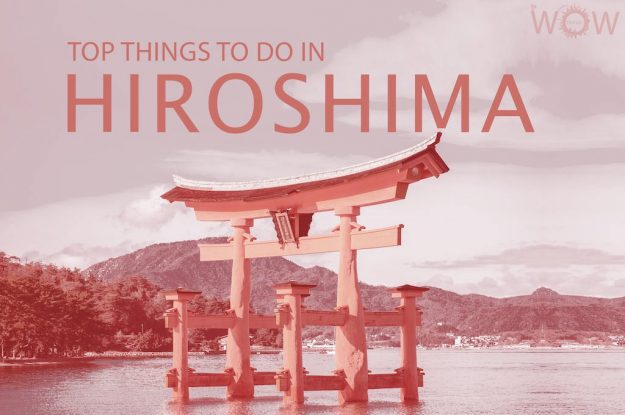 For most people, the name Hiroshima instantly conjures up the horrific events of 6 August 1945, when the city became the target of the world’s first atom bomb. Poignant reminders of that tragic time are visible in different parts of the city that has risen from the ashes like a phoenix. Today one can hardly… 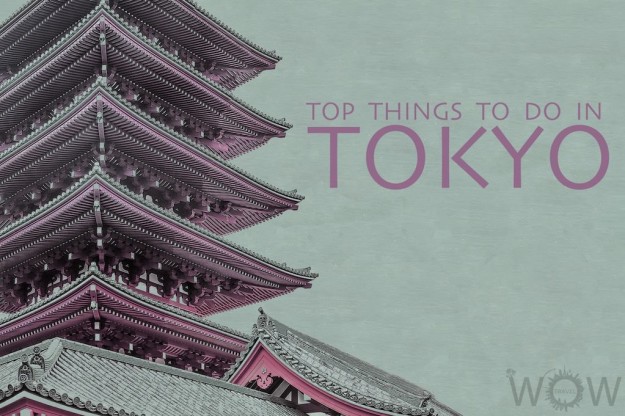 Top 11 Things To Do In Tokyo

Tokyo is the capital and largest city in Japan with over 13 million people and it is the center of Japanese culture, finance, and government. Tokyo is a vast city with a marvelous mix of modern living and old-fashioned manners, slick high-tech gadgets and cutesy cartoon mascots. Experience one of the world’s largest cities, home… 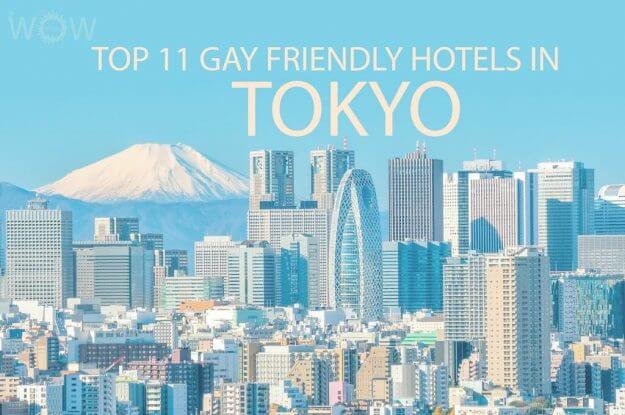 The capital of Japan is home to one of Asia’s biggest LGBT communities. So it’s hardly any surprise that there are plenty of gay hotels in Tokyo. Many are within easy reach of Shinjuku Ni-Chome, arguably the most popular Tokyo gay district. Lively enough by day, it’s more exuberant at night when the clubs and… 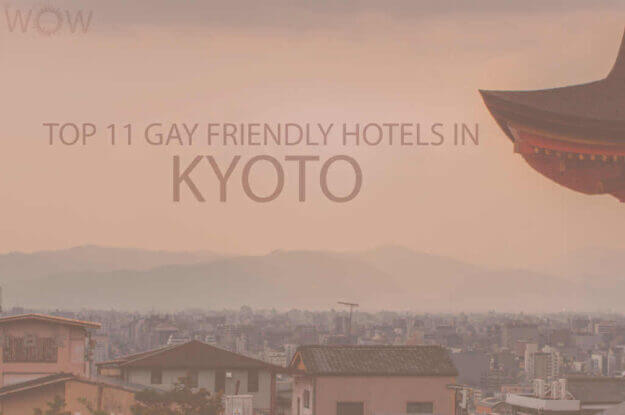 Kaleidoscopic Kyoto lies at the southern end of Lake Biwa, just 50 minutes from Osaka. The cultural and former historic capital of Japan, Kyoto reminds you of Japan’s glorious past. So, you’ll see everything from Shinto shrines and Buddhist temples to imperial palaces, gardens, and traditional houses. Also, it’s home to the geisha culture, vibrant… 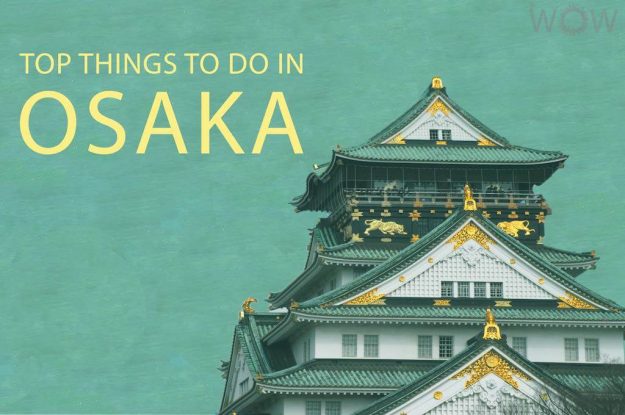 Top 10 Things To Do In Osaka

Osaka is a cosmopolitan city near the ancient capital, Kyoto, best known for its dynamic food and drinking culture, and famously outgoing people. Osaka is Japan’s second city, and on the surface might not seem like an off-the-beaten-path destination. Below are 10 things that will make even those who have already been there to revisit. Osaka… 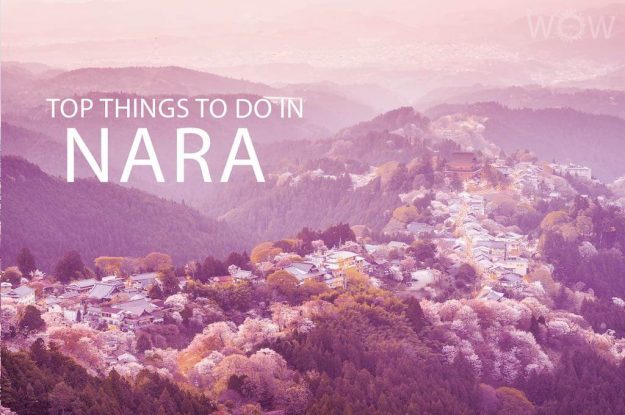 Established in 710 AD as the “Citadel of Peace” (Heijo-Kyo), Nara was Japan’s first permanent capital. It’s also the capital of the Nara Prefecture in Honshu’s Kansai region in central Japan. The city lies less than an hour’s drive from Osaka and Kyoto, and roughly 500 km (311 miles) southwest of Tokyo. There are plenty… 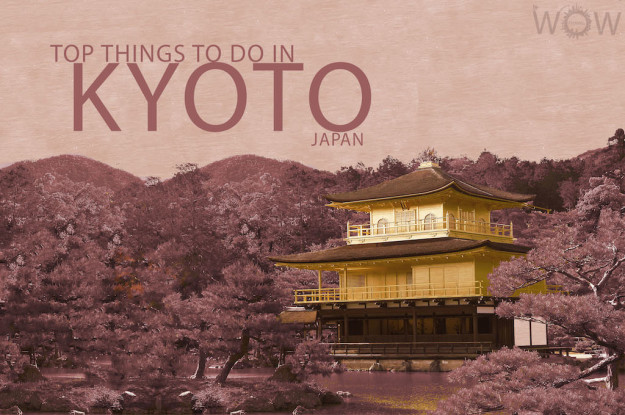 Standing in stately contrast to the neon-lit adrenaline of Tokyo, Kyoto is quieter, quainter and the perfect place to experience authentic Japanese culture with a plethora of cultural sights. From ancient palaces to hidden temples. Japan’s capital from 794 to 1868, Kyoto, is famous for its Geisha district and is an important city in Japan’s history. With… 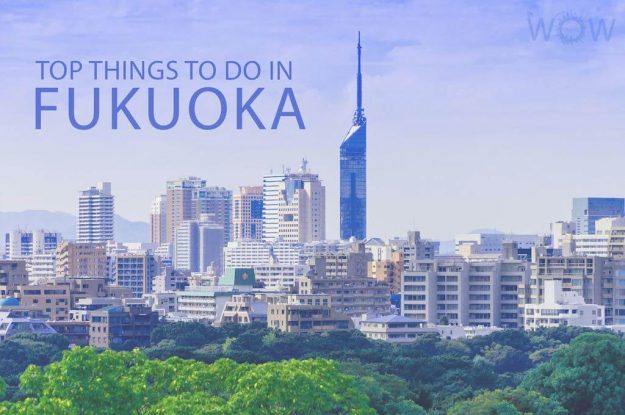 Are you looking for a getaway from the hustle and bustle of the city? Do you enjoy traditional and regional cuisine, events, attractions, and beaches? Then the harbor city of Fukuoka might just be the destination you’re seeking. Here, you’ll get to experience both old-school Japanese charm and the sights and sounds of an ever-growing… 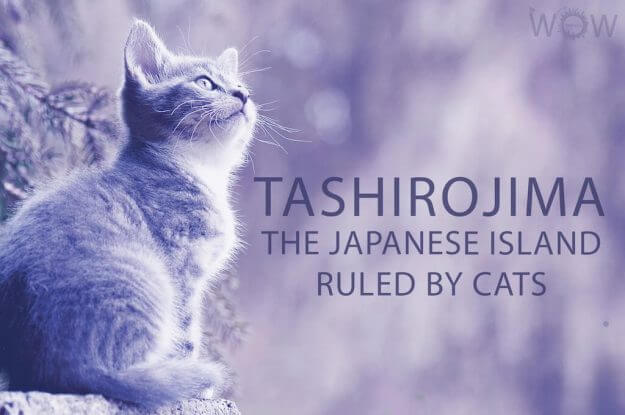 A 40-minute ferry ride from Ishinomaki, near Sendai, will get you to a small island named Tashirojima. This is the only island in the world where cats outnumber humans. You will find here a population of 100 people and several hundred cats. Tashirojima is located in the Pacific Ocean off the Oshika Peninsula.Cats were first… 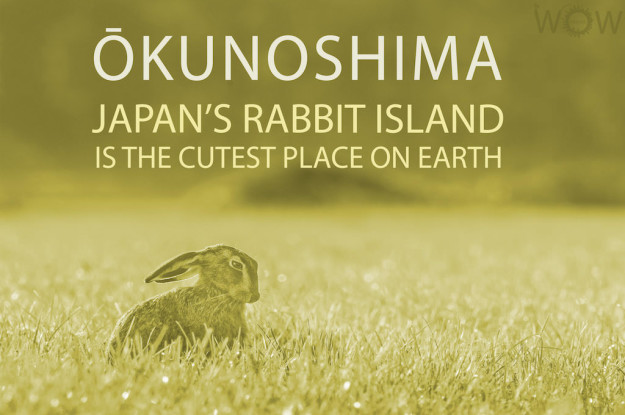 Japan’s Rabbit Island Is The Cutest Place On Earth

Okunoshima is a tiny island, located off the coast of Hiroshima, that was used as a secret army base and the site of Japan’s secret chemical-weapons-production factory during World War II. From 1929 to 1945, more than 7,000 tons of poison gas were manufactured on the remote island, and the program was shrouded in secrecy.… 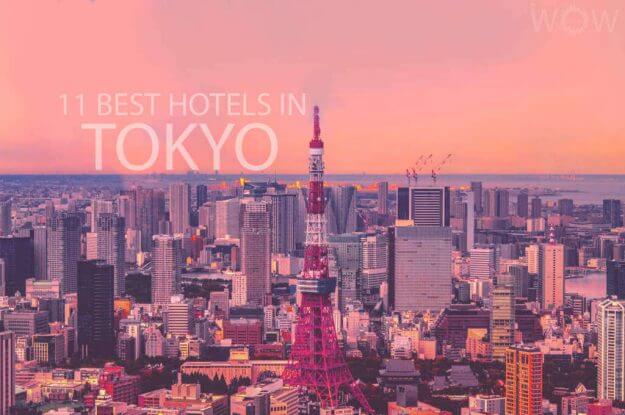 Sprawling, dynamic Tokyo overlooking Tokyo Bay is more than just Japan’s capital city; it’s a place where no two experiences are the same. Travelers to the enthralling city can experience the entire range of Japanese culture in one place. Jaw-dropping heritage architectural marvels, newer swanky structures, pop culture like manga and anime, sublime cuisine, and… 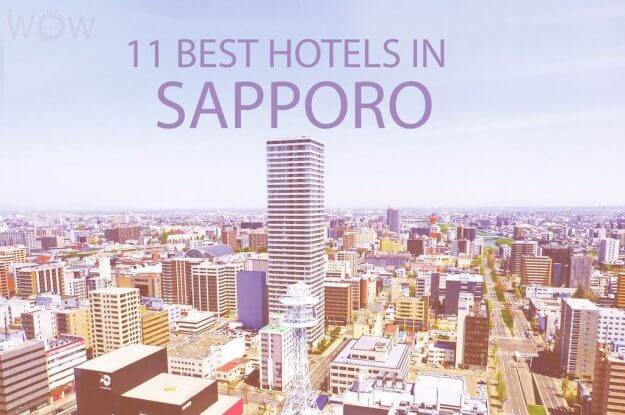 The island of Hokkaido is famous for its gorgeous outdoors, hot springs, skiing areas, and beer! So naturally, its buzzing hub of a capital Sapporo makes for a great starting point. The city is all about a rich, thriving culture, fabulous cuisine, neon-lit, electric nightlife, and an amazing and famous Snow Festival. In fact, Sapporo… 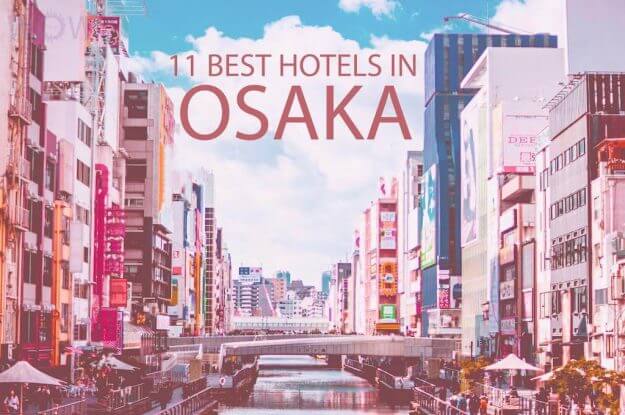 Osaka is a fun-loving, vibrant sister as compared to the pricey and posh capital city of Tokyo. The city is not only famous for its gastronomy but also its historic sights and dynamic culture. Osaka’s bar/restaurant culture is legendary and it is the perfect place in the country to let your hair down and enjoy… 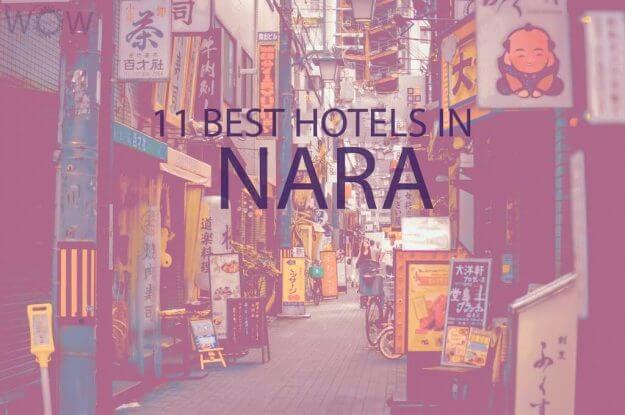 Nara is Japan’s 1300-year-old, deer-loving first capital centered around the incredible Nara-kōen park. Located just 45km south of Kyoto, the 7th-century AD-founded city was established as the ‘Citadel of Peace’. And while most itineraries might dismiss it as a day trip, it has so much for travelers to explore. In fact, the city houses the… 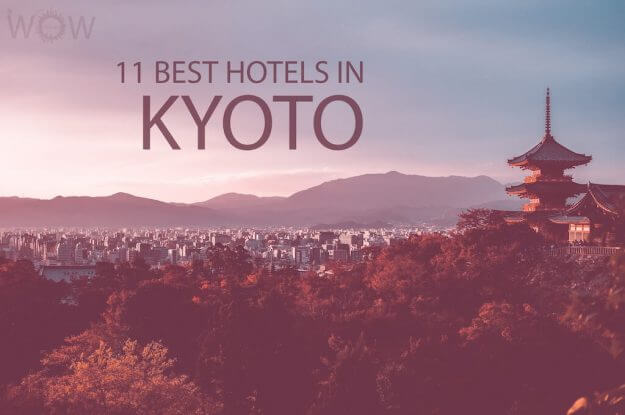 Age-old Kyoto is Japan’s spiritual heart and brims with a rich culture, whether it is geisha culture, zen gardens, traditional teahouses, or ancient shrines and temples. The city’s Japanese culture is a dizzying old-and-modern blend of onsens, tea ceremonies, matcha (powdered green tea), and manga! To experience the city at its best, it’s important to… 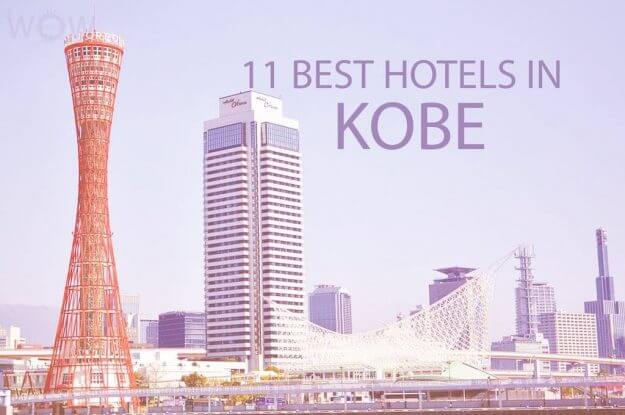 Kobe is perched on a hillside facing the sea, while nestled in the shadows of Mountain Rokko and overlooking the Osaka Bay. The former maritime gateway is located just 30 minutes west of Osaka and is one of the most beautiful cities in Japan. Apart from a picturesque harbor, Kobe also teems with a great… 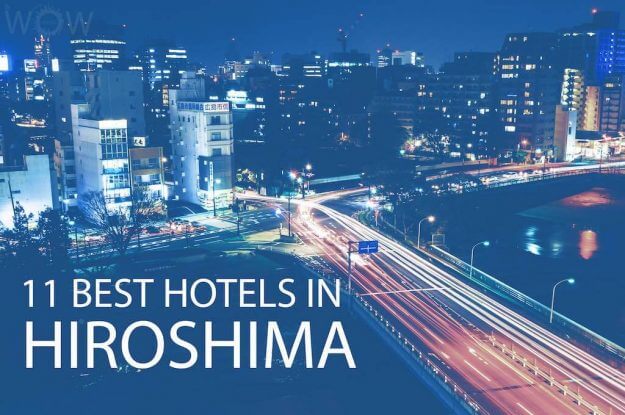 Hiroshima is like a phoenix that has risen from the ashes of the horrors of World War II. The historic city overlooking the Hiroshima Bay and the Seto Inland Sea is a fascinating destination. Today, Hiroshima is the city of peace, with its wide, leafy boulevards dispelling any darkness that you might expect from it. Moreover,… 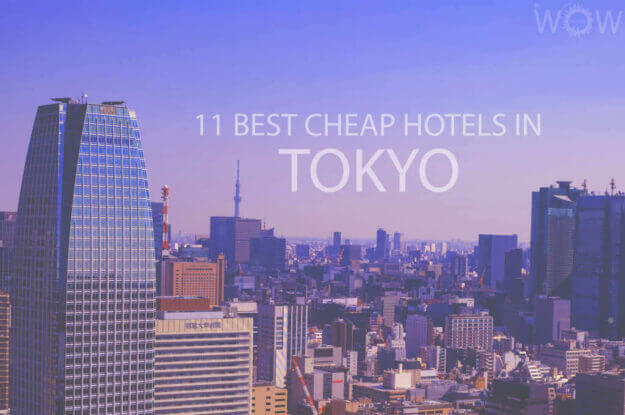 Tokyo is a busy capital with a wide variety of interesting things to do. The enchanting city at the head of Tokyo Bay, Japan boasts a mix of traditional and ultramodern nuances, from historic temples to neon-lit skyscrapers. Amidst all of these, you’ll find awesome yet cheap hotels in Tokyo. Tourists come in from every… 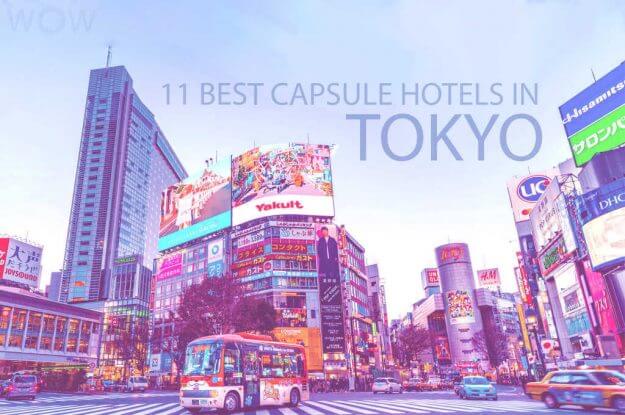 Visiting the dazzling, dynamic Tokyo is a multisensory experience. The capital of Japan is famous for its striking skyline, pop culture, historic attractions, and gardens blossoming with cherry blossom trees. Tokyo is also known for its capsule hotels, which is a concept that developed in Japan but is now found everywhere. The unique accommodation originally… 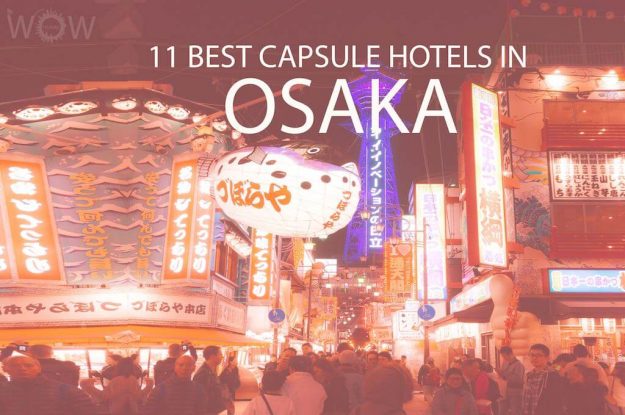 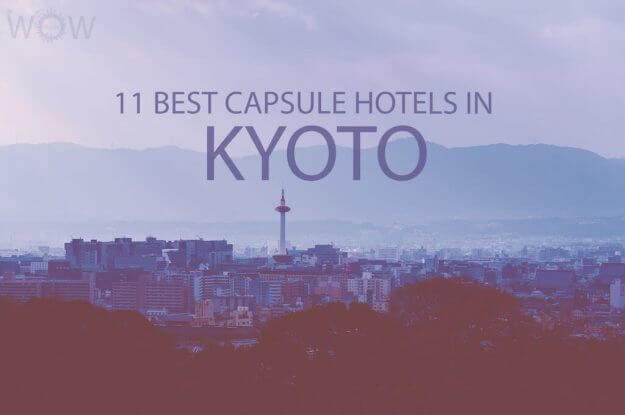 With its ancient Buddhist temples, traditional teahouses, and one of the world’s most unique forests, it’s no wonder that Kyoto is known as Japan’s spiritual heart. At the same time, the city is crazy ahead in its tech game, like the mixed-reality experience at Kenninji, Japan’s oldest Zen temple. So, it’s no wonder that the… 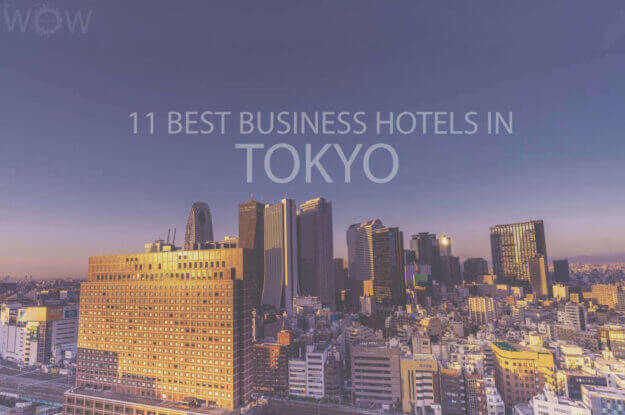 The capital of Japan Tokyo is one dazzling, kaleidoscopic experience. Centuries-old history, cherry blossoms, traditional architecture, and modern structures – Tokyo is all this, and so much more. Also, it’s Japan’s original mega-city and economic nerve center. Moreover, Tokyo is also one of the most business-friendly cities in the world. Business hotels in Tokyo have…