In the past, Belarus has been such a low key tourist destination that many have often wondered if Belarus is a country. Today travelers are discovering that there is much more to this Eastern European country than meets the eye. The relaxed visa requirements have encouraged more travelers to make a beeline for this relatively undiscovered piece of heaven.

Like most Eastern European nations, Belarus has also emerged victorious from a scarred past. After losing much of its land to Poland after the Polish-Soviet War, the country had to redefine itself. It later regained some of its lands after the Soviet invasion of Poland. However, the country was incorporated into the Soviet Union soon after. It only gained its independence from Russia in 1990.

Russia’s influence on Belarus is evident in the Stalin-era architecture of the capital city, Minsk. Minsk is a pleasant surprise with its museums, restaurants, and crowded nightclubs, despite a heavy police presence. It’s hard to imagine that this vibrant city was razed to the ground in WWII.

In stark contrast to Minsk is the town of Brest with its cosmopolitan vibe. It’s pedestrianized walking street, fortress and impressive national park are definitely worth your time. A recent shot in the arm for tourism in Brest and the city of Hrodna is the provision of a 10-day visa-free entry if you arrive overland from Poland.

Belarus is a country that has experienced some of the worst moments in history. However, some of its better times are reflected in its grand UNESCO listed monuments. The Nyasvizh Castle standing tall since its construction in the 16th century along with the Corpus Christi mausoleum-church is a nod to better times. Originally built by the Radziwill magnates, the castle has undergone various restorations over time. Another UNESCO listed castle worth your time is the Mir Castle Complex. Built at the turn of the 16th century, this Polish Gothic-style castle looks straight out of the sets of a Disney movie.

Belarus’ UNESCO heritage is not just limited to its architecture but also to its natural landscapes. The Belavezhskaya Pushcha National Park near the capital is the oldest wildlife refuge in Europe. This UNESCO site which straddles the border between Poland and Belarus is the pride of the country and a treat for nature lovers. 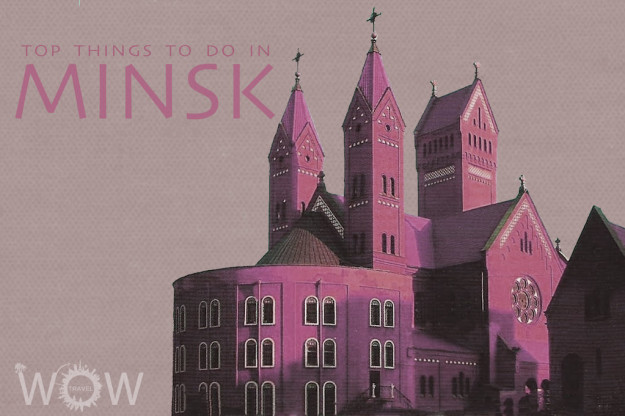 Minsk, the beautiful capital of Belarus, is an ancient city with a rich history, traditions, culture, and arts. It is situated in Eastern Europe, 340 km (213 miles) northeast of Warsaw and 120 km (75 miles) southeast of Vilnius. Minsk was almost completely destroyed in the second world war and was rebuilt during the Soviet time. Till 1991 it…