The 10 Best Airports In The World 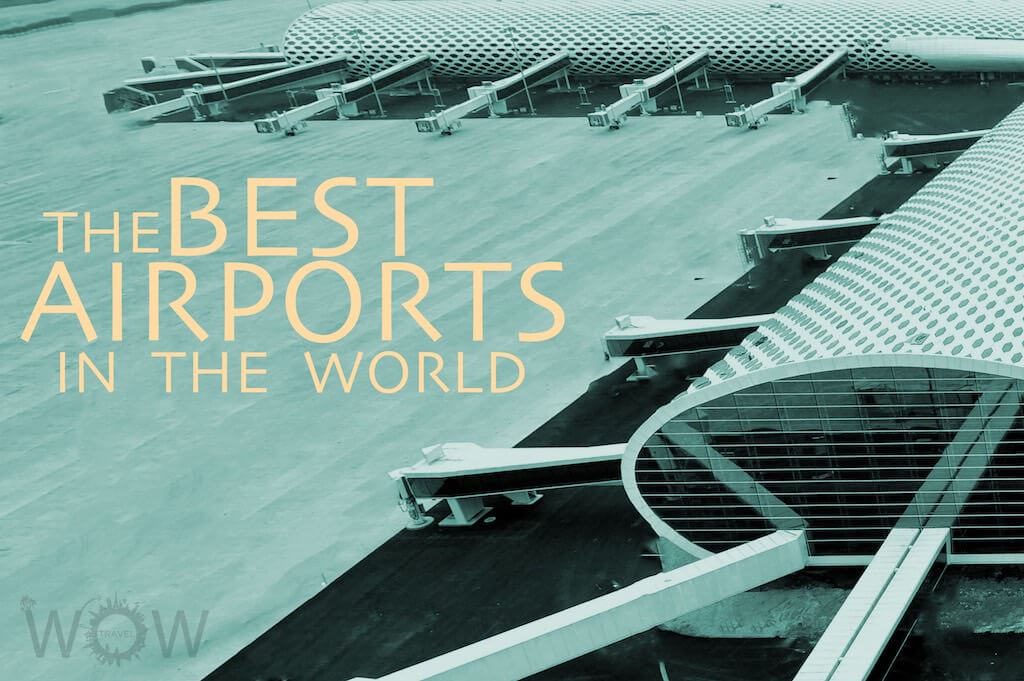 The typical holiday no longer begins the moment you check into your hotel. These days, the whole experience starts (and ends) at the airport, once you’ve checked in your baggage and find yourself with hours to kill before boarding. And with many airports now offering facilities beyond the standard, travelers have a host of options to choose from, starting from a spa, open sky pool, five-star restaurants, golf courses and sometimes even giant slides. take a look at some of The Best Airports In The World.

For the first time since the Skytrax awards were issued, Amsterdam Schiphol Airport in the Netherlands broke into the top three finishers, largely due to its highly-regarded and efficient self-service transfer process. Schiphol also earned top honors for Best Airport in Europe and Best Airport in Western Europe.

Claimed top prize for the fourth time since the Skytrax awards were initiated, having last won the title in 2010. In addition to winning the top overall award, Singapore Changi Airport, which served more than fifty million passengers in 2012, was named Best Airport in Asia and Best Airport for Leisure Amenities. Travelers most appreciate the dedicated rest & relaxation zones. There are currently 6 areas set up with reclining lounge-style seating. Often busy and sometimes noisy, these areas are appreciated by those travelers who don’t like to stretch out on the armrest free seats at the gate.

Germany’s Munich International Airport is well reviewed for its efficiency and ease of navigation. The airport offers up a number of entertaining activities for transit passengers, which range from tours of the airport brewery to mini golf to the Fit & Fly Spa. This year, they even had a temporary in-airport stationary surf station, complete with a grandstand and an artificial palm-fringed beach! Extravagances aside, what really delighted voters this year were the relaxation zones and sleep pods in Terminal 2. Munich offers travelers armrest-free seating and quiet rest areas with reclining seats. If you prefer more privacy, there are sleep cabins near the rest areas that you can rent for a few hours.

Two airports serve the Greater Tokyo Area, but Haneda is our winner. In December 2009, Forbes Travel recognized Haneda Airport as the most punctual airport in the world for two consecutive years, with 94.3% of its flights departing on time and 88.6% arriving on time. Terminal 1, called “Big Bird” contains a six-story restaurant, shopping area, and rooftop observation deck with an open-air rooftop café. Terminal 2 also features an open-air rooftop restaurant, as well as the 387-room Haneda Excel Hotel Tokyu. There’s even a pet hotel for your furry friends..

This South Korean airport in Seoul has been praised for its high levels of customer service, hygiene and a generous number of armrest-free seats near travelers’ boarding gates. It has gardens and a spa. Two features highlighted by travelers are the airport’s indoor ice rink and Korean Cultural Street, where traditional cultural performances are regularly held, and where travelers can grab a quick Korean bite. The airport came in second place for the 2014 Skytrax World Airport Awards, just behind Changi International Airport. Last November, travel magazine Global Traveler named the airport the world’s best airport for the eighth year running.

It’s all there – the lounges, the free Wi-Fi, the mobile charging stations. But it’s the unexpected features that make it one of the best. The Luggage Claim Lobby contains four dressing rooms equipped with mirrors, tables, and chairs so that weary passengers can change clothes after a long flight. A free 24-hour shuttle bus will transport travelers to the Hilton Hotel, where they can use the gym and swimming pool. And for those who think that size matters, Terminal 3 is the second largest airport terminal in the world, after Dubai International Airport’s Terminal 3.

The third-busiest airport in the world in 2011, it took home the awards for Best Airport Shopping and Best Airport Terminal, for T5, which opened in 2008 after a $6.2 billion, 19-year design and construction process. Heathrow’s Skytrax review includes four or five out of five-star rankings for ease of use, flight information, public transport, security staff efficiency, and more.

Most people will say it is beautiful, comfortable, clean and friendly. One of its interesting offerings is their four self-guided tours, one of which looks at the art and architecture in and around the airport. The airport also has an aquarium, and highlights the culture of the Pacific Northwest Aboriginal peoples through sculptures. The airport also has ample armrest-free seating options, and offers seats with footrests. In March 2014, the airport was awarded #1 Airport in North America for the fifth consecutive year at the Skytrax World Airport Awards.

The largest international airport in Switzerland, Zurich Airport was significantly expanded in 2003 with a new terminal and an underground automated train called the Skymetro, which shuttles travelers. Ranked highly in Skytrax’s airport security processing, immigration, and dining categories. The airport offers a porter service for which travelers pay a fee to have their bag picked up from anywhere in the airport and delivered to their final destination.

The main airport in Hong Kong. It is located on the island of Chek Lap Kok. This airport will always amaze you of how quick and smooth everything works when you contemplate on the size and the volume of incoming and departing flights! Arrival a breeze. Hong Kong border officers do not stamp your passports anymore, all is scanned in their systems and you get a small 4x4cm square paper with your passport info, arrival and length of permitted stay.