Top 9 Things To Do In Warsaw 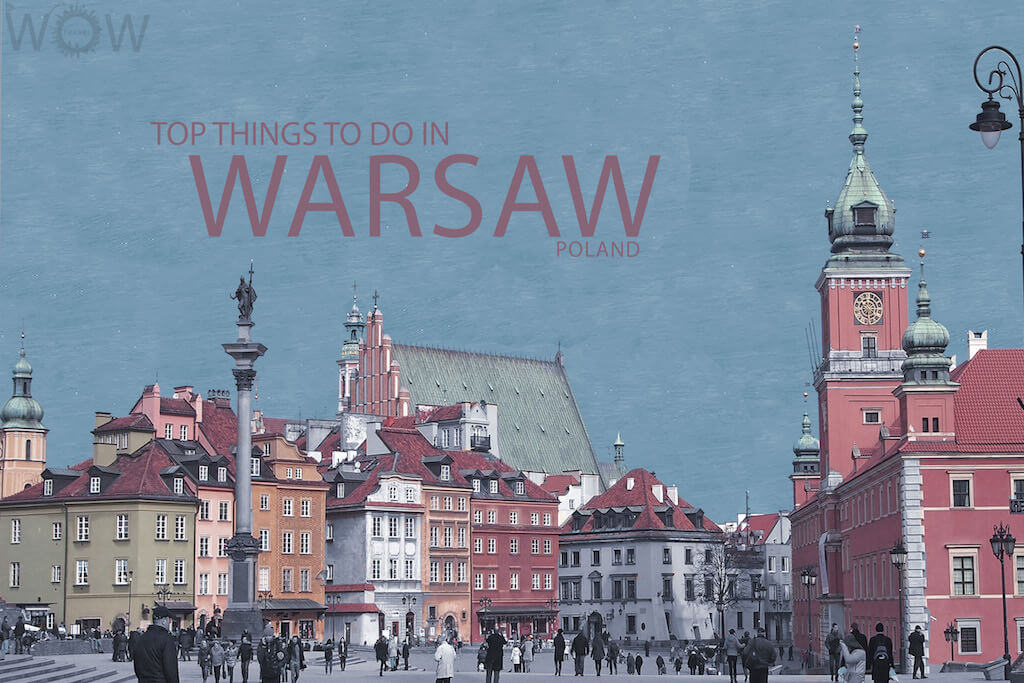 After becoming an EU member and having a huge transformation process, anyone can tell that something good is happening in Warsaw. Many old communist buildings gave way to modern skyscrapers, entertainment and services transformed to match that of other western capitals. The capital of Poland is becoming a hot destination for tourists from all over the world with its tasty traditional Polish dishes, historical museums, galleries, cathedrals, churches, heritage sites and busy night life. It’s a city for everyone, on any budget. Here are our picks for the 9 essential attractions to round out your visit to Warsaw.

Built in 1548 by architect Giovanni Battista Venetian, the Barbican, old defensive city walls with a decorative renaissance, represents the northwestern border between the Old Town of Warsaw and the new city. It was partially dismantled in the 19th century but was restored to its original condition after World War II. The Barbican is today used as a showroom for temporary exhibitions by the Warsaw Historical Museum.

Opened in 2004 in a former tram power station, The Warsaw Rising Museum is one of the most visited places in Warsaw. A museum that’s guaranteed to leave a mark on all visitors, as a tribute to those who fought and died for a free Poland and its capital. The Uprising is tragic chapter in World War II, in which a brave Polish resistance of freedom fighters met annihilation and retribution from the Nazis, in front of a backdrop of underhand maneuverings – principally by Stalin. The museum remains one of Poland’s best museums with interactive displays, photographs, video footage and miscellaneous exhibits. The Museum is free on Sunday’s.

The Royal Lazienki is a lovely palace and garden complex with lots of trees, flowers and birds. At first this was a royal zoo that the last king of Poland, Stanislaw August Poniatowski, turned into a garden in the 18th century, giving it its present Classicist shape. The most magnificent building in the park is the Palace on the Water. Stanislas August was a great patron of the arts, and this is reflected in the sumptuous interiors of the main palace.

Built in the 17th century, the Wilanów Palace initially served as the summer residence of Jan III Sobieski, King of Poland between 1674-1696. It is one of the most precious monuments of Polish Baroque architecture and one of the only to remain untouched by the World Wars. After visiting The Gallery of Polish Portraits, you will be able to see the royal apartments of the palace. Rooms where parties took place, chambers where the royal couples listened to music, met their friends, worked and slept.

The Castle Square in old town Warsaw is home to the Royal Castle and nowadays a popular meeting place for tourists and locals. This square had many dramatic scenes along the history, such as tge patriotic demonstrations here, the period before the outbreak of the January Uprising. The famous square is also home to  the column of King Sigismund III Vasa from 1644, the oldest and symbolic monument of the city.

Located in the center of Warsaw, The Royal Castle is the royal palace and official residence of the Polish monarchs. It is the personal offices of the king and  one of the main symbols of the national identity, Polish culture and history. The interior consists of many different rooms, all painstakingly restored with as much original exhibits as possible after the destruction of the Second World War.The Jagiellonian Rooms: these rooms, which belonged to the residence of Augustus III, are now host to a number of portraits of the Jagiello family, a royal dynasty originating in Lithuania that reigned in some Central European countries between the 14th and 16th century.

Opened in the 15th century, St. Anna’s Church is one of the oldest churches in Warsaw. This Gothic church has been destroyed many times, and rebuilt in different styles each time. In 1515 it was burnt down, and in its place a new, larger church was built (designed by Michał Enkinger from Gdańsk), and its founder was the duchess Anna Radziwiłłówna. The princess’ tombstone, built in 1522-1523 was the first monument in the rebuilt church. At the end of the 16th century near the church a free-standing brick bell tower was erected, which today serves as a vantage point.

Palace of Culture and Science

Built in the 50’s, The Palace of Culture and Science is the tallest building in Poland and the most symbolic landmark in Warsaw. It was a gift from the Soviet Union to the people of Poland in the name of Stalin, and has been turned into one of the largest attractions of today’s Warsaw. The famlus building has over 550 ornamental sculptures and a public observation deck is available on the 30th floor.  Before leaving have a coffee in Café Kulturalna, a stylish and eclectic space located on the ground floor.

Once a disreputable run-down neighborhood, Warsaw’s right bank district of Praga is undergoing a rapid transformation. Praga district is becoming the SoHo of Warsaw with so many artists and musicians started moving into its abandoned warehouses and factories in recent years. As the district did not suffer much damage during the World War II, it is considered the most historical area in Warsaw. Many buildings here date back to the interbellum, or even to the turn of the 19th century. When visiting Praga check out on of these great music clubs and bars: Opary Absurdu, Chmury, Skład Butelek, Sen Pszczoły, Bazar Klub, Hydrozagadka or Skład Butelek.