Top 12 Things To Do In Antigua And Barbuda 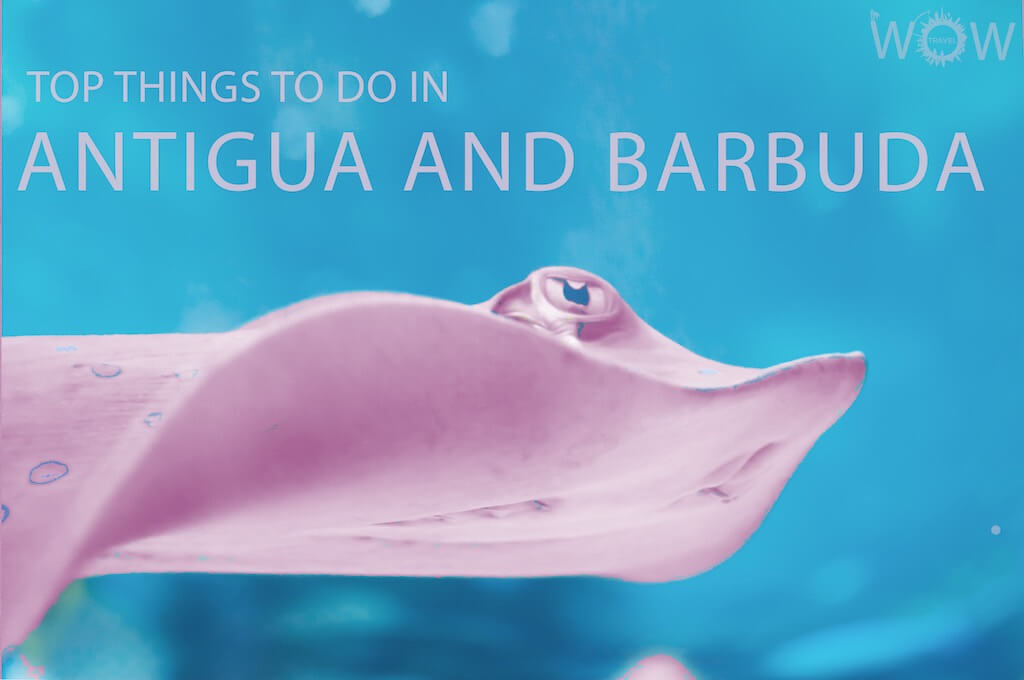 The Caribbean country of Antigua and Barbuda is blessed with vast expanses of pristine beaches, lagoons, and natural harbors. No surprises there as it lies between the Caribbean Sea and the Atlantic Ocean. Antigua boasts of having 365 beaches, one for every day of the year, and as such, attracts a larger number of visitors. Barbuda, on the other hand, has fewer beaches but they are no less spectacular, especially those with stretches of pink-tinged sand. Christopher Columbus was the first explorer to spot the islands, but Spain chose not to colonize Antigua because of a lack of fresh water. The English later settled on Antigua in the mid 17th century and their control of the island is visible in many of the historic monuments that are part of the land. St. John’s the capital city, is a stopover point for cruise ships and a great place to shop and soak in the local vibe. From lazing around in the sand to water sports and golf, the islands are a great place to experience the quintessential Caribbean holiday.

Betty’s Hope is the first sugar plantation of Antigua founded in the 17th century. The picturesque ruin is a poignant reminder of the thriving slave trade that flourished in these areas. You can take a tour of the plantation from Tuesday to Saturday to see some of the exhibits of a bygone era. One of the plantations original windmills which were used to crush the crop and extract the juice has been fully restored.

The natural limestone Devil’s Bridge is located along the rugged northeast coast in the Indian Town National Park. The constant pounding of surf against the rock for thousands of years has resulted in the formation of this geological beauty. The area around the bridge is quite breathtaking too, especially during high tide when geysers are forced out through blowholes on the rocks nearby. A large headland near Devil’s Bridge is a great picnic spot.

Dickenson Bay located in the far north of Antigua is one of the most developed beaches on the island, and as such is one of the more popular tourist destinations. There are plenty of places to eat at and facilities for watersports in the calm waters off the white sands that characterize the area. Resorts and hotels line the long stretch of white sand.

Fort Barrington is located at the top of what was previously known as Goat Hill. At the beginning of the seventeenth century, the fort served as a military defense post to protect St. John’s Harbour. Besides protecting the harbor, the fort was also an important signal station used for alerting forces throughout the island about an impending attack. A short hike will take you to what remains of the fort. Even if the ruins of the fort don’t interest you, the stunning view of St. John’s Harbor and Deep Bay from the top probably will.

The Frigate Bird Sanctuary located in the northwest lagoon of Barbuda is a birdwatcher’s delight.  About 150 different species of birds are attracted to the reserve but the highlight of the visit here is, of course, the frigate birds with their bright red gullets and one-and-half meter wingspan. The reserve which is only accessible by boat boasts of one of the largest nesting colonies of frigate birds in the Caribbean.

The capital city and the port for cruise ships is a beautiful blend of colorful colonial cottages and market stalls. The white neo-Baroque towers of St. John’s Cathedral dominate the skyline of the city. Another notable building is the 18th century Court House which has now been transformed into a museum. St. John’s is renowned for its shopping which attracts plenty of visitors. From the duty-free shops at Heritage Quay and the souvenir stalls at Redcliffe Quay to the high-end shopping at the malls, there’s something for every kind of shopper.

The Martello Towers were small defensive forts built across the British Empire during the 19th century. The River Fort Martello Tower in Barbuda was built on the site of a previous 18th-century Spanish fort during the tower building spree. It was built as a defense to guard the River Landing which was the original quay of the island. The tower is the tallest structure in Barbuda and an important landmark on the island. The thick stone walls and the gun platform of the tower are still intact but the inner floors have been destroyed.

The UNESCO World Heritage, Nelson’s Dockyard National Park is one of the most popular tourist attractions on the island. The former 18th century British Naval Dockyard which has seen ships drifting in for more than two and a half centuries now houses two museums, restored historical buildings, stone warehouses, and a restored marina. The dockyard has the distinction of being the only Georgian dockyard still in operation.

This phalanx of rock soldiers has been formed by weathering caused by the natural forces of nature. The stunning Pillars of Hercules guard the entrance to English Harbour and are best viewed from a boat. It is also possible to see them close up by scrambling over large boulders at the end of Galleon Beach. However, trying to cross over these rocks at high tide is not advisable as they can get a bit slippery.

A good place for a great photo op is the hike up from English Harbour to Shirley Heights Lookout about 150 meters above. The trail which is one of the best in Antigua begins at the Galleon Beach Hotel and is clearly marked with yellow or green tape tied to the branches of trees or shrubs. The walk is fairly easy and you’re rewarded with a spectacular view from the summit of the restored military lookout. Alternately you can also drive up to the top if you hiking is not your cup of tea. If you pick the right time you may also get to experience the famous green flash sunsets.

Stingray City is a great place to get up close to these beautiful creatures of the sea. This shallow pool with a sandy bottom amidst a tropical reef is only a five-minute speedboat ride away from the east coast of Antigua. Here you’ll get to see and touch numerous southern stingrays as they glide through the waters. After an introductory class on how to handle the southern stingray, you can head out to join them while snorkeling or just stand around and feed them.

Just south of Jolly Harbour you’ll come across this little piece of heaven called Valley Church Beach. The crystal clear waters and beautiful location will entice you to spend a whole day here. The best part about the beach is that there are not many people around unless of course guests from a cruise ship arrive. If you’re lucky enough you’ll probably have the entire beach to yourself.