Top 8 Things To Do In Namibia 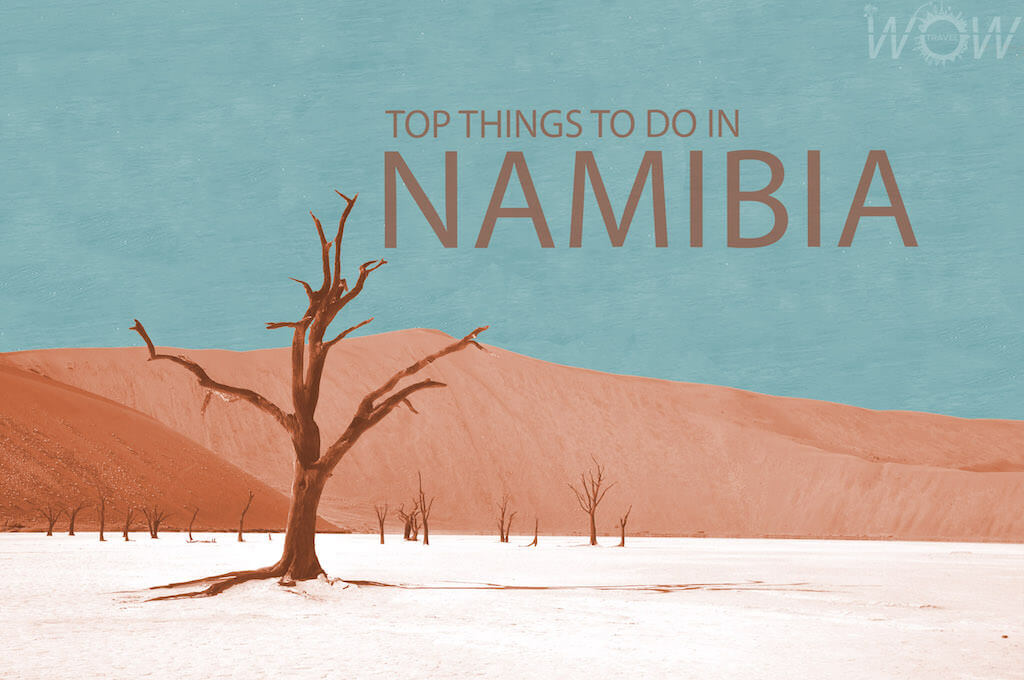 When people consider going on an African adventure, going on a safari or visiting the culturally diverse tribes, the Southern African country of Namibia rarely makes the short list. And why, I don’t know. Perhaps it’s because few have ever heard of it, thus deeming it a no-go zone, perhaps because there are so few travel tales out there on the country or perhaps people think it’s only an arid desert, as based a small internet search will produce thousands of images of dunes – breath-taking as they may be so few people actually know about this little-undiscovered gem of a country, Namibia. It is a country where the sun shines almost 300 days a year, it is one of the safest places in Africa to travel through #africaforbeginners, and there really is so much more to this country than just dry landscapes.

It is a quaint coastal town where the county’s previous German heritage can most clearly be seen in the architecture and the cuisine on offer. The picturesque town is surrounded by the Atlantic Ocean on the one side and the rolling desert dunes on the other. Strolling through the cute streets and eating eisbein are not the only things to do. Due to the close proximity of the desert, it is the best place to book a tour to go quad biking on the dunes and sandboard down the sandbanks. This adrenaline-filled activates may have you shaking sand out your ears and shoes for the next week, but it is so worth it.

No trip to Namibia would be complete without visiting the country’s most iconic attraction, Sossusvlei. With some of the highest dunes in the world, the biggest in the area is known as Big Daddy and to climb can take a good 2 hours. Once at the top, the view is surreal, as you stand atop the gigantic dune surrounded by pure silence, the clear blue sky overhead and the sun beating down. Big Daddy overlooks the equally as famous area of Deadvlei, with the stark clay cobbled stoned floor and fortified skeleton Acacia trees that all sit with the backdrop of the ancient terracotta dunes.

Seek out the free roaming desert-swelling elephants. There are only two populations of desert elephants left in the world (Mali, North Africa and Namibia). If you are lucky enough to spot them it’s one of the life’s humbling moments, when you realise how truly harsh an environment these mammoth creatures have adapted to.

Etosha National Park is the country’s largest game reserve, home to 4 of the Big 5 (lion, leopard, elephant and rhino) and the ideal place to go on a safari. The unique characteristic of this 22,270 square kilometre reserve is the largely uninhabited salt pan that covers 23% of the park.

Fish River Canyon is the second largest canyon, after North Americas’ Grand Canyon, and it lies in the far south of Namibia. For the fit and well prepared, you can book to take the five-day hike through the mouth of the canyon along its river.

This once independent German diamond mining village was abandoned a mere 62 years ago. Now slowly the desert is reclaiming it, trudging through this eerie village is a photographer’s mecca with the unusual compositions and contrasting shadows. Many of the uninhabited houses and once lavish institutions like the ballroom, casino, theatre, hospital and even the ice factory are now knee deep in the sand.

Sitting on the northeast tip of the country is a luscious green wetland that is a stark contrast to the arid desert landscapes of the rest of the country. The Caprivi is the location to go on a water safari, to see the wide variety of water-loving game (hippos, crocodiles, sable, waterbuck and buffalo) that is largely absent from the rest of Namibia.

This sparsely populated country has little to no light pollution and with rarely a cloudy night, this is the perfect place to watch the stars. Whether you purposefully go to stargaze or just happen to look up one night whilst sitting around your campfire you will be treated to a twinkling night sky like you have never seen before with the clearly visible Milky Way.