7 Most Amazing Planetariums You Should Visit 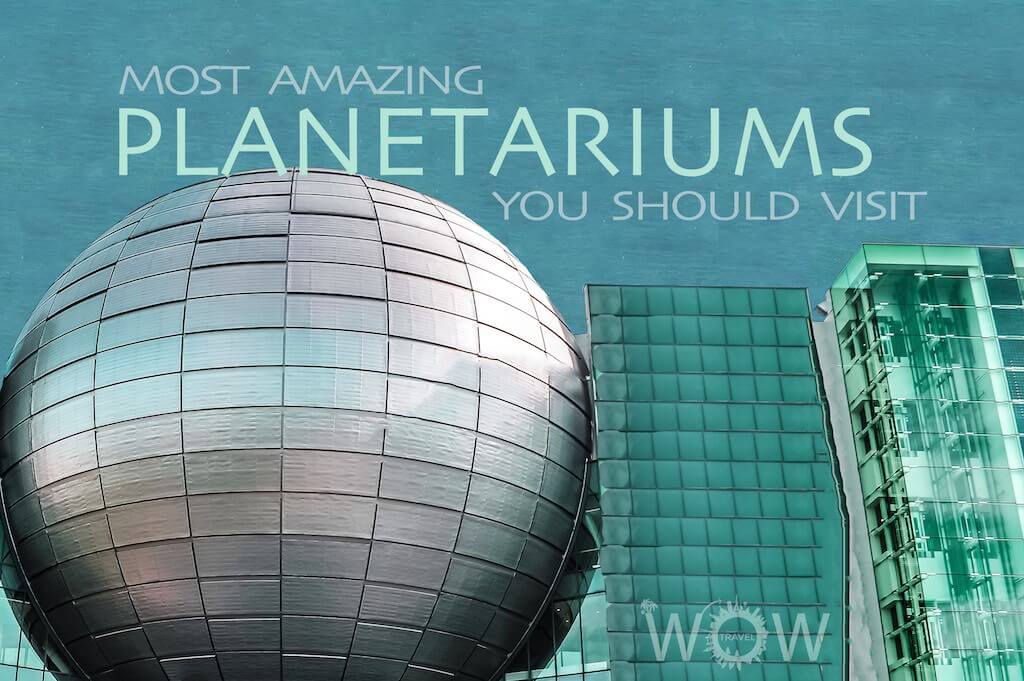 Ever visit a Planetarium when you were a kid? The lights went out. The night sky appeared black, but tiny pinpoints of light emerged. Planetarium, is an educational device for showing the locations and movements of the planets and other objects in the universe. It has a large room with a dome-shaped ceiling and many seats. A special projector in this room can shine images on the domed ceiling and show you the stars and other objects in the night sky. Some planetariums use lasers and other advanced means to enhance the show and many others also have telescopes which you can look through and exhibits about space. Here are the 7 Most Amazing Planetariums You Should Visit from around the world.

The Nagoya City Science Museum features a characteristic giant silver globe, which houses one of the largest planetarium in the world. It is well known for the planetarium with a dome registered as the world’s largest in the Guinness Book of Records. The dome manufactured by ASTRO-TEC has an internal diameter of 35 meters(114 ft). It was made up about 700 high-spec punching panels that are seamlessly joined together to provide a truly high-definition view.

Morrison Planetarium, with its 23 meter (75 ft) dome, displays one of the most accurate and immersive digital Universes ever created. From faraway galaxies to the workings of our own planet, you’ll experience the cosmos like never before. Shows are fueled by cutting-edge scientific data, resulting in stunning visualizations of the latest findings, discoveries, and theories about our Universe.

Part of the Smithsonian Air & Space Museum in Washington D.C., the Albert Einstein Planetarium has a unique Sky Vision Dual projection system that gives the viewer a stereo perspective, as if they are flying through the cosmos.

The Morehead Planetarium, the largest fulldome planetarium in the southeastern United States, reaches more than 150,000 visitors each year with its science programs. In addition to its GlaxoSmithKline Fulldome Theater, the center includes several exhibits and the Science Stage, where visitors participate in live science demonstrations.

The Adler Planetarium, founded in 1930, is the first planetarium built in the United States and the entire Western Hemisphere and the oldest left in existence.

The 23 meters (75 ft) aluminum planetarium dome is one of the largest and technologically advanced planetariums in the world. With its spectacular Zeiss star projector, digital projection system, state-of-the-art aluminum dome, comfy seats, sound system, and theatrical lighting, the 290-seat Samuel Oschin Planetarium theater is the finest planetarium in the world. Every show is presented by a live, engaging storyteller.

The Hayden Planetarium is part of the Rose Center which itself is part of the American Museum of Natural History. Its 20 meter (65 ft) in diameter Star Theater Dome can seat up to 225 people and utilizes a state-of-the art Zeiss Mark VI projector for daily shows. The structure is a complete sphere divided to two: The top half is the Star Theater, presenting space shows, and the bottom half is the Big Bang Theater, presenting the birth of the universe.