Top 10 Things To Do In Lima 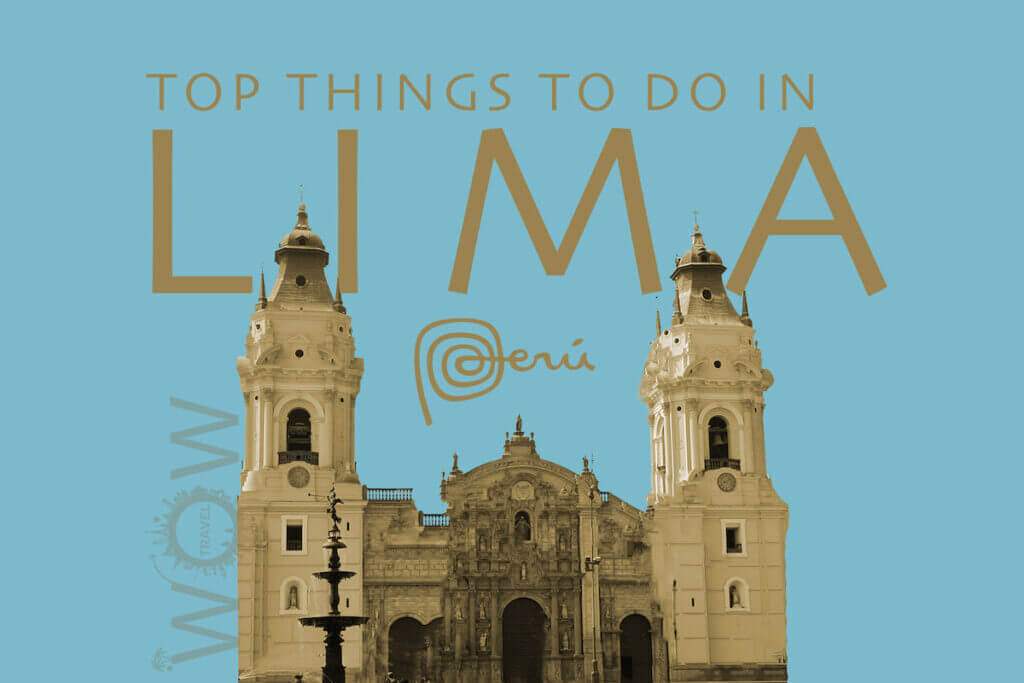 Lima was founded on January 18, 1535, as Ciudad de Los Reyes (City of the Kings), by Spanish conquistador Francisco Pizarro. It became the capital and most important city for the Spanish Kingdom in the New World within the next years. It quickly became the epicenter of culture, religion, architecture, trade, fashion and more in the entire region, the new Hispanic world.
Lima is home to one of the oldest higher learning institutions in the New World. The National University of San Marcos, founded on May 12 of 1551, during the Spanish colonial regime, is the oldest continuously functioning university in the Americas.
Lima is now the capital of the Republic of Peru. Today, around one-third of the Peruvian population lives in the metropolitan area placing Lima as the 3rd largest city in the Americas by population. It has also become the main Hub in South America for the most important airlines in the continent due to its excellent location.
Peru is classified as upper middle income by the World Bank and is the 40th largest in the world by total GDP. It is also one of the world’s fastest-growing economies with a 2012 GDP growth rate of 6.3%. All of these facts make of Lima a true city of the kings, worth visiting whether you want to go on a romantic weekend or a shopping spree, culinary experience or cultural activities. Lima has it all and we have gathered for you our Top 10 Things To Do In Lima.

This is where it all began. It is the old center of the city and where you still appreciate, see, hear, smell, and feel the XVI century Spanish Lima. A beautiful souvenir of those days is the bronze fountain from the 17th century placed in the middle of the square. They King of Spain ordered that the city should be built in the same way as all Spanish cities, like a chess board, and this square should be the starting point. It is surrounded by the Government Palace, Cathedral of Lima, Archbishop’s Palace of Lima and the Municipal Palace.

The Basilica Cathedral of Lima is a Roman Catholic church right in front of the main square of Lima. Its facade has three large doorways and above them is the Peruvian seal. This beautiful cathedral contains within its walls 14 side chapels, the tomb of Francisco Pizarro, the Spanish conquistador of Peru who laid the first stone and began its construction in 1535, among other pieces of art worth a visit.

This is the residence of every Peruvian president. It was originally built in 1535 for Francisco Pizarro. It was rebuilt in the 1920s after a fire. Aside from is beautiful architecture there is a daily, at change of the guard  at 11:45am under the responsibility of the glorious Battalion of the Hussars of Junín.

The National Museum of Archaeology, Anthropology and History of Peru

It is located in the historic district of Pueblo Libre in front of Simon Bolivar Square. It contains more than 150 000 pieces that tell the entire history of Peru. It displays 11 000 pre-Hispanic metal pieces, 65 000 pre Inca and Inca ceramics and more.

This incredible restored archeological site was inhabited by 3 different people in 3 different times in Peruvian History. What was once a Temple, cemetery and the center of a village in the year 200 AD it is now a museum which shows the entire process of its restoration as well as mummies and artifacts found in the site.

This oasis of greenery, peace and beauty is the center of  Lima’s most exclusive district, San Isidro. This beautiful park offers its visitors, romantic promenades, clean air and the remaining of what used to be an Olive tree forest. One can learn about Lima’s past and present in El Olivar: the old olive oil factory and the  extraordinary mansions that surround the park showcase Lima’s aristocracy of yesterday and today.

Lima’s most visited shopping center. Larcomar has indoor and outdoor areas and among its attractions are a cinema, bowling lanes, a food court, museum, tourist shops, Tony Roma’s, T.G.I. Friday’s, and Chili’s restaurants, book stores, clothing stores, and electronics stores. However, the highlight of this place is its location. LarcoMar was built right in front of the Pacific Ocean on the slopes of Lima’s cliffs. Summer or winter, day or night the view from LarcoMar is always breathtaking.

It opened its doors to the public on July 26, 2007 in what used to be the Park of the Reserve of Lima. It is the largest water fountain complex in the world with 13 magnificent different fountains with lights and music shows. A beautiful spot for all ages.

Located across the Rimac River, it is the highest lookout in the city of Lima. This hill was considered a guardian by inhabitants of the Rimac valley before the Spaniards arrived in 1535. There are buses every 5 minutes to go up to the top from Lima’s Main Square. You can appreciate the entire city and enjoy beautiful sunrises and sunsets as it faces all 4 cardinals points.