Top 12 Things To Do In Santo Domingo 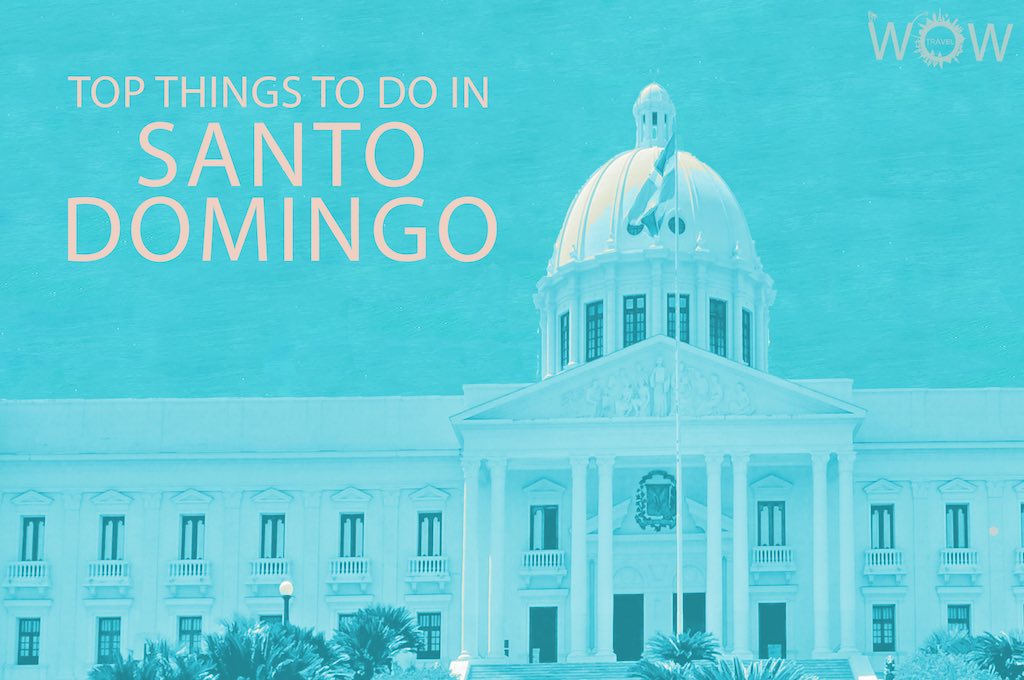 The capital and largest city in the Dominican Republic, Santo Domingo holds the distinction of being the oldest continuously inhabited European settlement in the Americas. Founded by Bartholomew Columbus, the brother of the famous explorer, the city was named in honor of Saint Dominic in 1495 and became the ‘Gateway to the Caribbean‘. The city is the site of many firsts of the New World, like the first cathedral, the first monastery, and the first fortress to name a few. Zona Colonial the UNESCO World Heritage Site, at the heart of the city, is a wonderful mix of history and modern Dominican life. Plaza Espana and Parque Colon the two most popular squares are good places to begin your tour of the city as there are numerous restaurants and official tour guides available to show you the best that the city has to offer.
[booking_product_helper shortname=”santo domingo”]

The first cathedral to be built in the Americas was the Basilica Cathedral of Santa Maria la Menor in Santo Domingo, which was completed in 1540. However, the foundation stone for the cathedral was said to have been set in 1514 by the son of Christopher Columbus. This house of worship which is still in use has maintained many of the original features from the 16th century. A mix of Gothic, Romanesque and Baroque elements enhance the beauty of the structure. The cathedral once held the remains of Christopher Columbus before they were transported to the Faro a Colon.

Construction on the oldest colonial military edifice of the New World, overlooking the River Ozama was started in 1502 by the Spanish, and completed in 1505. Over the centuries the fort which served as a military garrison and prison confined black slaves and pirates. In the 1900s two ex-presidents also did some time in the prison. The main tower (Tower of Homage) standing 18 meters high, was the first building of the fort to be constructed.  Dozens of riflemen’s embrasures are contained in its 2m thick walls. The roof of the tower provides a great panoramic view of the city. The windowless Powder House on its right was added in the mid-1700s. A bronze statue of Gonzalo Fernandez de Oviedo stands proudly on the esplanade.

The early 16th-century residence of Diego Columbus (the son of the great explorer) has a Gothic-Mudejar transitional style. When Diego was recalled to Spain in 1523 the building was left to relatives who lived here for at least a century before it was left to ruins. The house was later used as a prison and a warehouse before finally becoming the city dump. Authentic restorations carried out thrice during the last century have transformed the building to its former glory.

One of the most lively places in Santo Domingo is the Parque Colon which is located right at the center of the Zona Colonial. The square which is easily distinguishable by the statue of Christopher Columbus is frequented by musicians and street performers and is a great place to soak in the local vibe. It’s also the site for thousands of pigeons.

The only pedestrian street of the city which runs along the north side of Parque Colon is the Calle el Conde. Said to be the first commercial street of Santo Domingo, the Calle el Conde was the place where the first concrete buildings appeared in the Dominican Republic. The Baquero Building that was built in 1927, is one such example. There are a number of restaurants with outdoor seating and also a few best hotels in Santo Domingo. If you’re in the city only for a short while it’s a good idea to look for a place to stay along this street which has everything in the vicinity.

Located within the El Baluarte del Conde, a bastion fortress, the Independence Park is the site of the proclamation of Dominican independence in 1844. The Altar de la Patria which is located within the park was built in 1976 and is a mausoleum which houses the remains of the three founding fathers, collectively called Los Trinitarios. An eternal flame is kept lit in memory of the patriots.

The 10 story high Faro a Colon, (Lighthouse to Columbus) is located on the east side of the River Ozama. This imposing structure which was inaugurated in 1992 in time for the 500th anniversary of the great explorer, cost a whopping $70 million US dollars. The monument is designed to resemble a cross with projecting beams of light that are so powerful they can be seen from Puerto Rico. A tomb located at the intersection of the arms of the cross is said to contain the remains of Columbus. However, this has been a bone of contention between Spain and Italy who both claim to have the Admiral’s remains. The monument is not only a mausoleum but also a museum.

The National Palace inaugurated in 1947 is the seat of the Dominican government. The building is spread over an area of 18,000 square meters and is built of Samana roseate marble in a neoclassical design. One of the standout rooms within the complex is the Hall of Caryatids which features 44 sculpted draped women rising like columns in a hall that is lined with French mirrors and Baccarat chandeliers. The hall was featured in the new year’s scene in The Godfather Part II. Although the building is not regularly open to the public, it is possible to get a tour by appointment.

Three dark blue lagoons located within limestone caves and connected by passages filled with stalactites are a must-see attraction in Santo Domingo. However, to fully enjoy the experience its recommended to visit early to beat the crowds. A long stairway takes visitors through a narrow tunnel to a cement path at the bottom which ends at the caves. If you’re lucky you may get to see the ‘cave Tarzan,’ a man who climbs the cave wall to plunge 20 ft into the water. Visitors, however, cannot enter the waters.

The largest botanical gardens in the Caribbean covers an expansive area of 400 acres. The spotless grounds and well-tended plants are definitely worth a visit. Specific areas are devoted to ferns, orchids, aquatic plants, and the island’s native trees. There is also a popular Japanese garden with a manicured lakeside lawn. You can ride the open-air trolley to enjoy a half-hour tour of the park.

The dramatic remains of the first monastery of the New World are one of the most alluring sites and are still used for various events. Built by the Franciscan friars when they arrived to evangelize the island, the ruins date back to 1508. The monastery has borne a lot of scars from history; being the target of Francis Drake who set it ablaze in 1586. It was rebuilt, only to fall again to an earthquake in 1673 and another in 1751. The monastery, which later served as a mental asylum was reduced to its present state by a hurricane.

The complex which houses the museum was originally designed in the 16th century in the Renaissance style to house the most important government offices of the New World. It was later turned into a museum in the 1970s to showcase the culture and history of the area. Taino artifacts, an interesting weapons collection, and colonial period objects which include treasures recovered from a Spanish galleon are some of the displays that are part of the museum. Look out for the maps of various voyages of European explorers and conquistadors which adorn the walls.