9 Best Chinatowns In The World 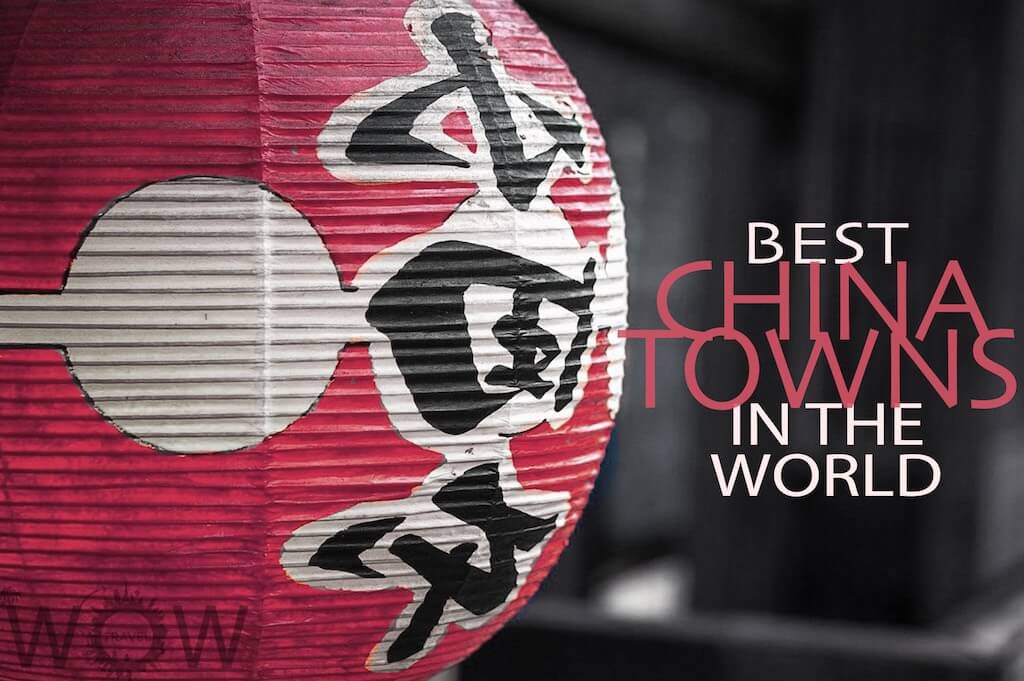 Who knew there were so many Chinatowns around the world?, each with their own vibrant feel, but distinct features and different quirky flavor, infused by the city around it. The bustling atmosphere and top-notch food on offer make Chinatowns worth a visit at any time of year. Pork dumplings? Braised noodles, sticky rice and mango, Szechuan chicken? get your chopsticks ready and go visit one of the 9 Best Chinatowns In The World.

Located on the eastern side of downtown Vancouver, the bustling district is North America’s third-largest Chinatown by population, after those in San Francisco and New York. Its roots trace to the late 1800s, when early Chinese immigrants, who arrived to work on B.C.’s railroads and in the mines, were settled in a ghetto on the edge of the city. With time, the neighborhood grew into a proud center of Chinese culture, home to traditional restaurants, markets, temples and gardens, as well as a booming business district. Today, Chinatown reflects this rich heritage but is also in the midst of a renaissance, with trendy bars and restaurants reclaiming historic spaces. Source: tourismvancouver

London’s Chinatown has been located in numerous areas since Chinese immigrants to the city settled in the 18th century. Originally it was in the Limehouse area of London’s East End, but since the 1950’s the best of Chinese food and culture has been found in the West End. Today it is firmly established in and around the cosmopolitan Soho district. There are currently 78 restaurants, 53 shops and 12 bars and pubs in Chinatown.

Chinatown is a distinctive and well known area of Melbourne which dates back to the gold rush days of the 1850s. Chinatown Melbourne is the longest continuous Chinese settlement in the western world. Chinatown’s essential character and main focus is along Little Bourke Street with alleys that link the area to Bourke Street and Lonsdale Street. Aside from food, there are also several cool bars. Source: chinatownmelbourne

Come and discover the sophisticated flavors of Bangkok’s 200 years old community that is rich with Thai-Chinese tradition & delicious food. It is one of the city’s best locations for walking, due to its narrow lanes, lack of traffic, and charming old shophouses and active street side community. Bangkok Chinatown’s is packed with market stalls, street-side restaurants and a dense concentration of gold shops.

Yokohama Chinatown (Yokohama Chukagai) is Japan’s largest chinatown. Yokohama Chinatown quickly developed, after the port of Yokohama had been one of the first Japanese ports to be opened to foreign trade in 1859. It became the residence of the many Chinese traders who settled down in the city. Today, a large number of Chinese stores and restaurants can be found in the narrow and colorful streets of Chinatown, while the number of actual residents has been decreasing. Four colorful gates stand at the entrances to Chinatown, and five more gates can be found within. Popular favorites include steamed buns (manju), ramen noodles and a wide array of other Chinese dishes, many of which have been Japanized to a certain degree. Source: japan-guide

Paris has 2 Chinatowns or “Quartier Chinois” as the French call them; one of the Chinatowns is in 13 arrondissement and another in Belleville, 20 arrondissement.  The 13th arrondissement, on the left bank, really took off in the late 1970’s and early 1980’s with the arrival of the “boat people” from Vietnam. Now, there are over 150 restaurants in this southeastern part of Paris. The neighborhood’s center is the place d’Italie, and its borders are the avenue d’Ivry, avenue de Choisy and boulevard Masséna. The only day to avoid Chinatown is Monday, when nothing much happens and most of it is closed. In the mid 1980’s, another Chinatown sprouted in another part of Paris: Belleville, in the northeastern section of the city. Belleville, which was the home of Edith Piaf and Maurice Chevalier, has been for the longest time the neighborhood where new immigrants would settle. You can still find Jewish tailors and Armenian shoemakers; more recently, Arabs and Africans moved in. In the summer, rue Rebeval feels like Cholon, the Chinese open air market in Saigon. Source: rendezvousfrance

With one of the densest populations of Chinese immigrants in the western hemisphere, Manhattan’s Chinatown is a true New York story, the American Dream in action. It is located on the lower east side of Manhattan and consists of two square miles of shops, homes, restaurants, and much more for the Chinese community. Chinatown boasts literally hundreds of restaurants, some of them only big enough for just a few tables.

San Francisco Chinatown is the largest Chinatown outside of Asia as well as the oldest Chinatown in North America. Home to about 15,000 Chinese, San Francisco Chinatown is a protected historic district where Chinese-style architecture prevails while still preserving the inexpensive housing and hundreds of small ethnic shops, restaurants & stores used by residents. It offers wonderful shopping, delicious restaurants, festive events, and authentic cultural landmarks.