Top 9 Things To Do In Melbourne 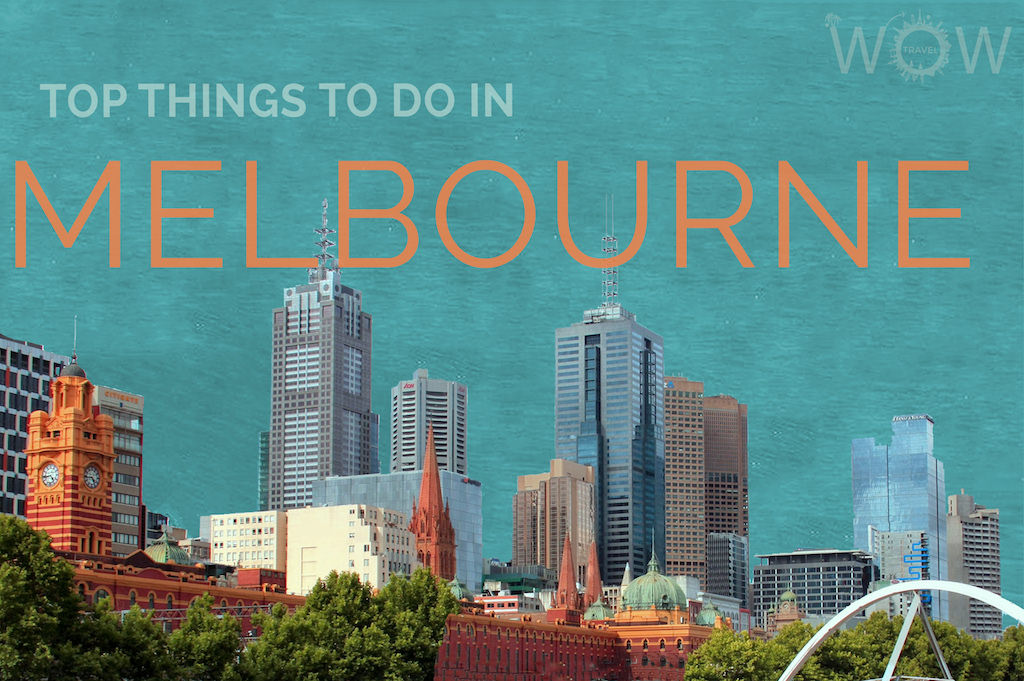 If there is one city where everyone feels at home, that is Melbourne. This beautiful metropolis is made up of people from all over the world, 38% of its population was born overseas. Victoria’s vibrant capital is a wonderful city that is often ranked amongst the world’s most livable each year. It is a city that offers great hotels, excellent and diverse gastronomy, shows and entertainment for all ages and tastes, it has the highest number of restaurants and cafes per capita than any other city in the globe. Moreover, it is very easy to go from place to place in the city, Melbourne has the largest tram system outside of Europe, and the fourth largest in the world overall. Great weather, friendly and smiley faces everywhere, delicious food and more await you in Melbourne. WOW Travel shares with you The Top 9 Things To Do In Melbourne.

Werribee Open Range Zoo is an African-themed zoo in Werribee with an amazing array of animals living on 225 hectares of wide, open savannah. On the Pula Reserve Walking Trail, come face-to-face with amazing gorillas, a pride of lions, see monkeys and cheetahs at play and feel the sand between your toes at the new Hippo Beach. No trip to the Zoo is complete without heading out on safari across grassy plains where you will find rhinoceros, giraffes, zebras and antelopes grazing together on the picturesque savannah.

Melbourne Central is a stylish destination for shopping, eating and entertainment in Melbourne’s CBD, with over 300 stores to explore in a unique and modern architectural space. It offers the best possible shopping experience with shops range from international brands like Calvin Klein to Australian retailers like Cocolàtte.

Just 6 km (3.7 miles) from the city center, St Kilda is Melbourne’s seaside playground and is much-loved by residents and visitors. St Kilda is renowned for its expansive view of Port Phillip, safe sandy beach, palm-lined boardwalk, huge range of beach activities, parks and gardens, great restaurants, bars and cafés, fabulous old buildings, and its colorful past and present. St Kilda is home to many of Melbourne’s famous visitor attractions including Luna Park, the Esplanade Hotel, Acland Street and Fitzroy Street. It is home to St Kilda beach, Melbourne’s most famous beach, several renowned theatres and several of Melbourne’s big events and festivals. The main street in St Kilda is Fitzroy Street. It’s lined with outdoor pubs, cafes and restaurants serving a wide variety of cuisines showcasing Melbourne’s multicultural heritage.

The Queen Victoria Market has been the heart and soul of Melbourne for more than a century. A historic landmark spread over two city blocks, it’s a vibrant and bustling inner-city Market where you can shop for everything from Australian fruit and vegetables, and local and imported gourmet foods, to cosmetics, clothing and souvenirs. The Market is open five days a week—Tuesday, and Thursday to Sunday.

High up on the 88th floor of the Eureka Tower, 285 metres (935 ft) above sea level, you’ll find Eureka Skydeck: Melbourne’s greatest point of view, and one of the most stunning observation decks in the world. As the highest public observation deck in the Southern Hemisphere with spectacular visual panorama of Melbourne’s humming neighbourhoods. It’s home to the world’s first and only Edge Experience – a glass cube that projects out from the 88th floor and suspends visitors high above Melbourne city.

The Great Ocean Road is an Australian National Heritage listed 243 kilometres stretch of road along the south-eastern coast of Australia between the Victorian cities of Torquay and Allansford. Travel the Great Ocean Road for one of the world’s most scenic coastal drives, and see the 12 Apostles, iconic surf breaks and waterfalls.

Attracting over 1.8 million visitors annually with its stunning vistas, tranquil lakes and diverse plant collections, the Royal Botanic Gardens are a place of continual discovery and delight. The Royal Botanic Gardens is home to amazing and diverse plant collections such as camellias, rainforest flora, succulents and cacti, roses, Californian species, herbs, perennials, cycads and plants from Southern China. Guilfoyle’s Volcano in the Gardens offers visitors a fabulous precinct to explore.

The magnificent domed reading room is at the center of the State Library Victoria in Melbourne. When it opened in 1913 it was the largest building of its kind in the world. Today it has space for 32,000 books and 320 readers at its desks.