Top 6 Things To Do In Vancouver 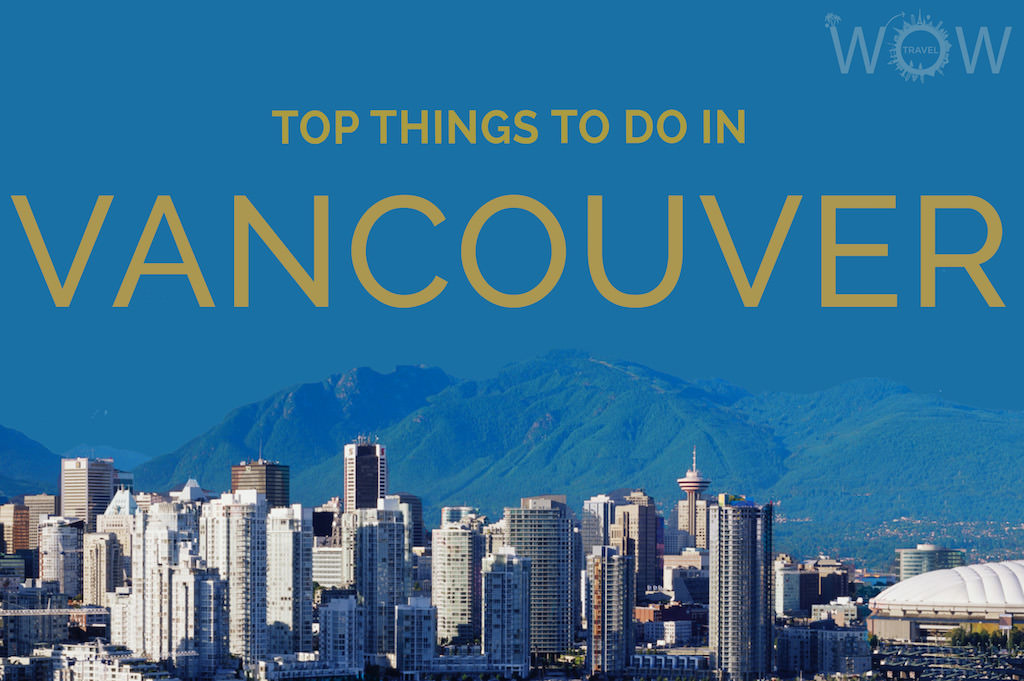 Vancouver is a seaport city located on the western side of Canada. This marvelous city truly is a melting pot, by far one of the most ethnically and linguistically diverse modern metropolis we have ever visited. It is, according to the statistics, the third most “livable place in the world” for its high standard of living and quality of life and the 10th cleanest city in the world. Vancouver receives more than 15 million tourists every year from every corner of the globe. It has attractions for all ages and styles. Enjoy our Top 6 Things To Do In Vancouver.

The Capilano Suspension Bridge is one of Vancouver’s oldest and most famous attractions. Spanning 137 meters (450 ft) across and 70 meters (230 ft) high, visitors can not only get a thrill crossing the wire cable bridge, but can also enjoy rain forest ecotours, award-winning gardens, nature trails and North American’s largest private collection of First Nations totem poles.

Robson Street is the city’s most famous shopping street in British Columbia in downtown Vancouver that has a good array of trendy shops, great restaurants and coffee shops.

This 1,000-acre park is set on the ocean and offers miles of biking and hiking trails, including a 9 km (5.6 mile) long loop along the seawall, as well as beaches, swimming pools, playgrounds, cricket fields and picnic areas.

a place moulded by a fascinating history, buzzing with a colourful artistic community. A living, breathing urban oasis filled with fine waterfront restaurants, theatres, galleries, studios, unique shops, cafes and the most spectacular fresh food market you’ve ever seen. If Granville Island is the king of Vancouver destinations, then the Public Market is the jewel in the Island’s crown. A fascinating assortment of colourful stalls, showcasing unique homemade products and the very finest in gastronomic delights. All fresh from the ocean, the oven or the field.

Just 15 minutes from downtown, Vancouver’s Grouse Mountain offers the perfect destination for a truly rewarding and memorable ski experience. With a variety of cultural, educational and outdoor adventures to choose from. Try their most famous run – The Cut. Be sure to check out the spectacular vistas. They have two high-speed detachable quads. Riders can catch air in the Terrain Park through a series of hits. You find the locals night skiing or snowboarding because the views are fantastic. A Magic Carpet lift has been installed to help learners on the beginner terrain.

“Millennium Gate’s bright colors welcome visitors to Chinatown. No visit is complete without eating. Grab one of the 1,000 seats and try some authentic Cantonese Dim Sum at Floata Seafood Restaurant. Then walk off those pork buns and chicken feet on a stroll through the tranquil rock-lined paths at Dr. Sun Yat-Sen Classical Chinese Garden.” Source: Travel Channel