Top 10 Places You Must Visit In Dominican Republic 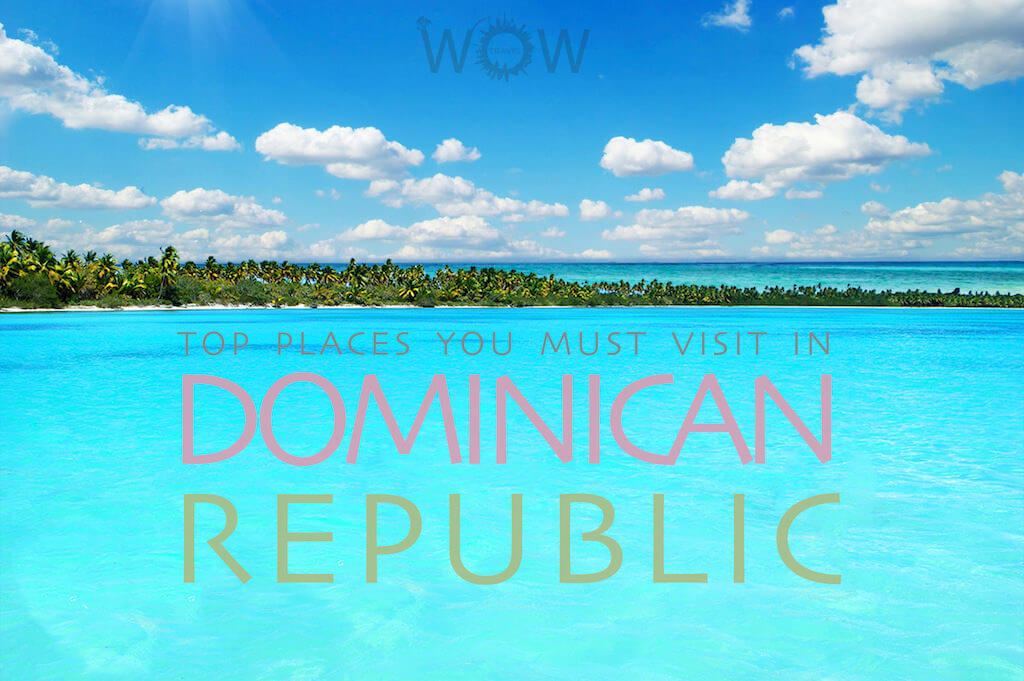 Santo Domingo, the capital of the Dominican Republic, is the oldest colonial city in America. Santo Domingo founded the younger brother of Christopher Columbus, August 5, 1496. It’s walled Zona Colonial (Colonial Zone) features cobblestone streets and stunning Spanish Colonial architecture dating back to the 1500s, and excellent restaurants. It is the oldest permanent European settlement in the New World and a UNESCO World Heritage Site.

Basilica of Our Lady, Higuey

The Roman Catholic Basilica de Nuestra Senora de la Altagracia is one of Latin America’s finest examples of modern religious architecture a Roman Catholic minor basilica. This modern Basilica has a 69 meter (225 ft) high arch and is constructed mostly of concrete. It was officially inaugurated by Dr. Joaquin Balaguer on January 21, 1971 which is known as Altagracia day. It is definitely one of the best places to visit in the Dominican Republic.

There are so many natural wonders in this area, it has a huge jungle, impressively shaped mountains, and powerful waterfalls. The famous Damajaqua Cascades in Puerta Plata are  27 waterfalls and pools where you can swim, jump and slide.

Described by Christopher Columbus as “the fairest land on the face of the earth,” the Samana Peninsula is considered by Dominicans and visitors alike as the prettiest part of the island of Hispaniola. It is the jewel in the crown of Republica Dominicana. And with much of the Caribbean now well-developed, the peninsula’s pristine beaches and sparsely populated, mountainous terrain resplendent with an abundance of tropical vegetation are not only a welcome change, but are all that remain of the true magic of the tropical Caribbean. Don’t forget to visit the world-famous waterfall, Cascada El Limon, is worth the trip. Source: samanaonline

Punta Cana, the easternmost province of the Dominican Republic, is best known for its 32 km (20 miles) of white-sand beaches and clear waters, which face both the Caribbean and Atlantic. Set against a backdrop of swaying palm trees, these beaches are unrivaled in the Caribbean. The name Punta Cana refers to the cane palms in the region, and literally means “Tip of the White Cane Palms”. There are so many activities in this area starting from racing speedboats, catamaran sailing, deep-sea fishing to swimming with dolphins, snorkeling cruises, swimming with sharks and stingrays and whale watching. The palm trees that grow down as far as the sea’s edge, and the transparency and intense turquoise color of its waters make this beach one of the most beautiful and photographed in the world.

Known for its pretty sandy beaches, Puerto Plata is a popular resort destination as well as a great place to meet Dominican people and to shop in local commerce. This once prominent port city is also home to several historic and cultural sites and has a traditional taste of the Dominican Republic, with its mix of modern, colonial and Victorian buildings.Don’t forget to visit the old quarter, the Fort San Felipe and the famous Mount Isabel de Torres (with a cable car that takes you to the peak).

Playa Dorada, consisting out of approximately 12 all-inclusive resorts, is located 5 km (3.1 miles) east of Puerto Plata and attracts the largest number of all-inclusive resort tourists to the north coast of the Dominican Republic. If it is an immaculate beach you are after, Playa Dorada surely is the right place for you. It is perfectly possible to spend your entire vacation without leaving the Playa Dorado resort since everything you need is taken care of.

La Romana is one of the Caribbean’s premier vacation resort areas located at the southeast end of the Dominican Republic. Famous for its sugar cane, golf, beaches, outdoor adventures and diving, La Romana ranks as the Dominican Republic’s youngest, smallest and most wealthy province. The area’s most famous attractions are located within Casa de Campo, the spectacular 7,000-acre resort. The golf courses here are widely acclaimed to be the best in the Caribbean. Visit the largest cigar factory in the world, Tabacalera de Garcia, owned by Altadis, the largest cigar company in the world. For many, it’s one of the best places to visit in Dominican Republic.

The magnificent National Park of the East (Parque Nacional del Este) located at the heart of the La Romana – Bayahibe area is one of the Dominican Republic’s most popular tourist destinations – most famous for its crystal blue waters and white sandy beaches. This beautiful National Park, a nature reserve since 1975, covers 791.9km², of which the main landmass is a peninsula covered with Subtropical Rainforest and Subtropical Dry Forest, an area once inhabited by the Taino Indians. The most popular area of the park is Saona Island. Here the clear aquamarine Caribbean ocean gleams in the sunlight, you can relax on one of the many beaches, dive the reefs that line the shore or fish its bountiful waters. Mano Juan, as Saona Island’s only settlement, is a typical Dominican village where approximately 500 inhabitants live off fishing and tourism. Traditional and brightly colored “casas tipicas” (traditional wooden houses) line the sandy main street, where you will be greeted with characteristic Dominican hospitality and the opportunity to buy Dominican arts and crafts – as well as visit the turtle sanctuary. Source: explorelaromana

Take a trip into the country’s lush interior to Jarabacoa, the heart of the Dominican Republic’s emerging eco-tourism scene. It is a quaint little town in the Cordillera Central Mountains, illustrates very well why the area often is being referred to as the Dominican Alps. Wooden shacks, little stores and boutiques hug the curving uphill road. Jarabacoa is widely known for its spectacular waterfalls, however, it’s a great spot for hiking, mountain climbing and rafting at the Yaque del Norte River.