Top 12 Things To Do In Brussels 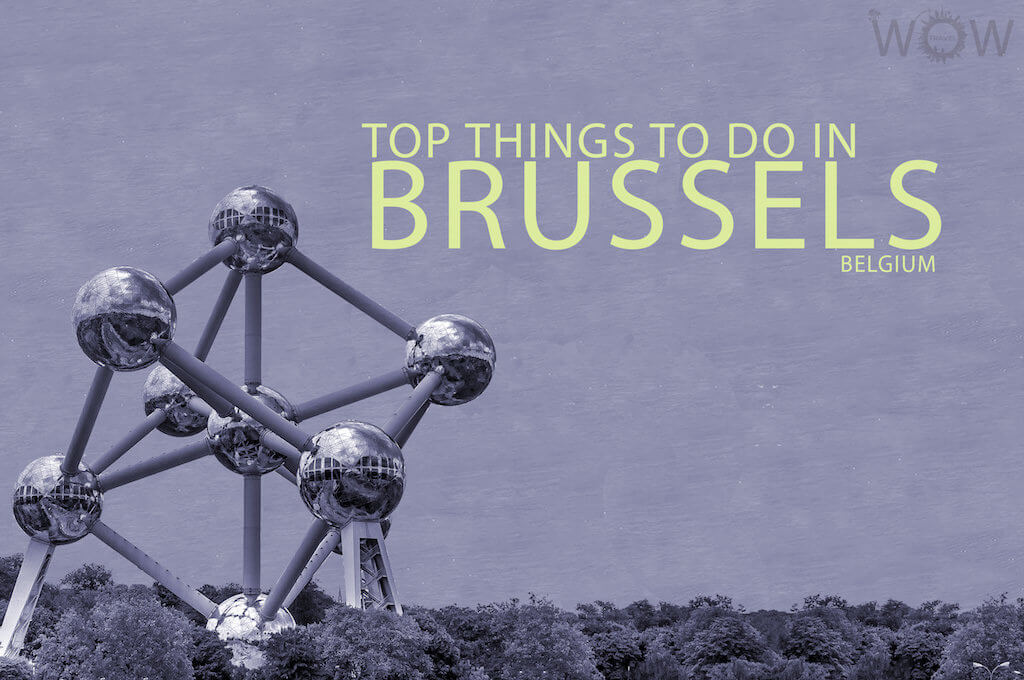 When people think of Brussels, they think mainly three things: the headquarters of the European Union, waffles and chocolates. However, Brussels has lots to offer and many hidden secrets to be discovered. Did you know that they are home to the oldest shopping centers in Europe? Did you know that they have changed the main language several times? Originally, Brussels was entirely Dutch-speaking but they changed to French in the 18th century. Who does not love french fries? Well, Belgians claim to have invented them and in fact, there is a french fries kiosk in almost every corner. What about Beer? Belgians consume on average 150 liters of beer per person per year!

This city went from being a 10th-century fortress town to a city with 1.2 million inhabitants and the capital of Europe. WOW Travel visited this European metropolis and put together its The Top 12 Things To Do In Brussels to help you save time and enjoy more. Brussels is amazing,  but do not take our word for it, go visit it now.
[booking_product_helper shortname=”brussels”]

This popular statue can be easily found at the junction of Rue de l’Étuve/Stoofstraat and Rue du Chêne/Eikstraat. If you see a group of tourists taking lots of selfies somewhere near that intersection then follow the crowd. The French-speaking Belgians call it ” le petit julien” but it is nothing more than a naked tiny boy urinating into a fountain’s basin. It is a 61 cm tall bronze statue made in 1619 by Brussels sculptor Hieronimus Duquesnoy the Elder. The statue is dressed in costume several times each week and many of them can be viewed in a permanent exhibition inside the City Museum.

By far, one of the most emblematic landmarks of Brussels. They wanted to be different so they did not build a tower, nor pyramid, the Atomium is, at once, an object, a place, a space, a utopia and the only symbol of its kind in the world, which eludes any kind of classification. It is a building which was originally constructed for Expo 58, the 1958 Brussels World’s Fair. It symbolizes the democratic will to maintain peace among all the nations, faith in progress, both technical and scientific and, finally, an optimistic vision of the future of a modern, new, super-technological world for a better life for mankind. They have permanent and temporary exhibits as well as activities for adults and kids.

This Roman Catholic church received the status of cathedral in 1962. The Gobertange quarry from which they took the stone to build this beautiful church is only 45 km south-east from it. The western façade with its three portals surmounted by gables and two towers are typical of the French Gothic style, but without a rose window, which was replaced by a large window in the Brabantian Gothic style. Due to this importance and its location in the national capital, it is often used for Catholic ceremonies of national interest, such as royal marriages and state funerals.

It contains over 20,000 drawings, sculptures, and paintings, which date from the early 15th century to the present well displayed in the four museums connected with the Royal Museum, and two of them (the Museum of Ancient Art and the Museum of Modern Art, Brussels), are in the main building. There are constantly changing exhibitions. On the side of the building, a memorial commemorates five members of the Mouvement National Royaliste, a resistance group, killed during the liberation of Brussels on 3-4 September 1944. The Royal Museums of Fine Arts of Belgium are open to everyone. Their objective is to make your visit as enjoyable and rewarding as possible.

It is a large public urban park located in the eastern part of the European Quarter in Brussels. The most impressive part of it is the U-shaped building in the center of the park. The structures were built in iron, glass and stone, symbolizing the economic and industrial performance of Belgium. Visitors can also enjoy the gorgeous gardens, ponds and waterfalls. This park is home to the Art and History Museum and the Great Mosque of Brussels.

Brussels’ main square which has as principal building the Church of Saint Jacques-sur-Coudenberg and on the western side of the square is the main building of the Royal Museums of Fine Arts of Belgium. This square has seen most of the most important moments in Belgian history, in 1831, the coronation of King Leopold I, Belgium’s first king, was held in this square. The funerals of King Leopold III and Prince Charles, prince-regent between 1944 and 50, were also held here.

It is the former Palace of Brussels and now it houses the archeological museum. From the 12th century, the successive monarchs and their representatives transformed a small fortified castle into a sumptuous residential palace, one of the most beautiful palaces of Europe and one of Charles V’s main residences. This prestigious building was damaged by fire in 1731. Some forty years later, the ruins of the palace are pulled down and the ground flattened out for the construction of the new royal district. The remains of this palace make up the Coudenberg archaeological site.

This famous site is a medieval fortified city gate of the second walls of Brussels. It is now a museum, part of the Royal Museums for Art and History. The building was restored between 1868 and 1870, changing the poor medieval tower with more romantic Neo-Gothic embellishments. Take a tour around and see the Armour and Armaments, the Gothic Room, the Guilds Room and more.

The Town Hall of the City of Brussels is a Gothic building from the Middle Ages. It is located on the famous Grand Place. When entering the Market Place from one of the seven side-streets, one’s eyes are drawn automatically to the gothic tower of the town hall pointing skywards. Climb the 96 meters (315 ft) high Brabantine Gothic tower and enjoy the amazing views over the city.

This singular place narrates the history of Belgian comics. The building used to be a store built in 1906 but since 1989 it exhibits examples of comic strips in French, Dutch and English. There are comics for everyone not just for kids, like the famous Smurfs, but also science fiction, wild west, crime and politics.

Mini-Europe is a miniature park located in Bruparck at the foot of the Atomium in Brussels, Belgium. Mini-Europe has reproductions of monuments in the European Union on show, presenting more than 80 cities and 350 buildings are represented.

It is a Roman Catholic Minor Basilica and parish church built to commemorate the 75th anniversary of Belgian independence. This Art Deco church is the fifth largest church in the world.