12 Charming Towns In Belgium Worth Visiting 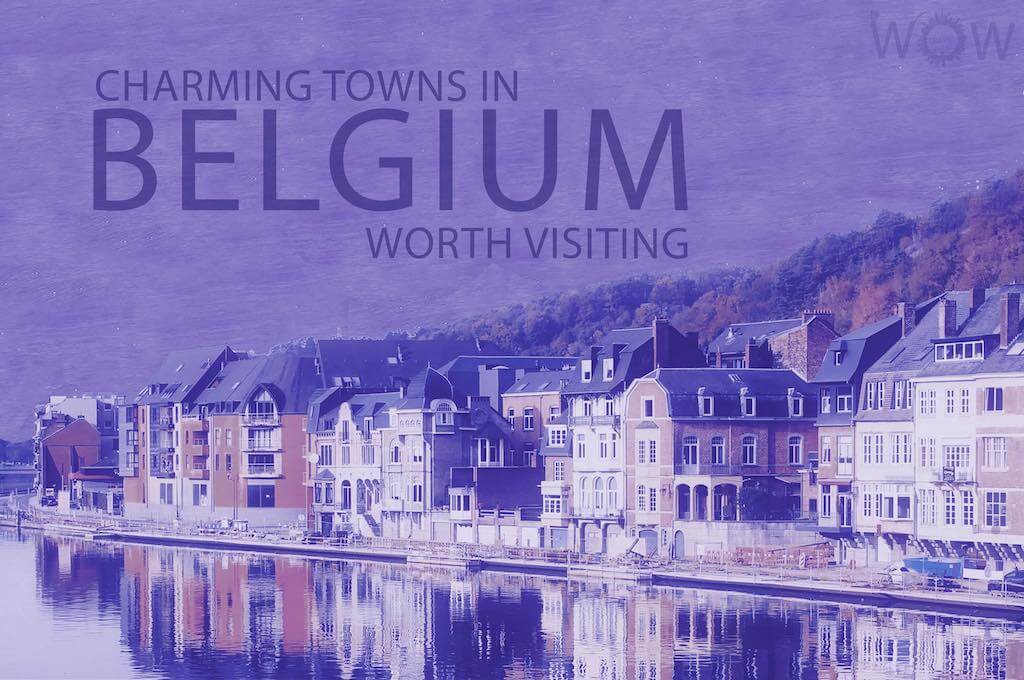 Belgium may be small in size, but it is home to some of the most beautiful and charming towns in Europe. From picturesque views to some of the most notable cultural sightings, Belgium surely has it all. The following are the most charming towns in Belgium that you must visit when you are tripping around beautiful Belgium. You can easily take a day trip from Brussels, the capital of Belgium, to each of these amazing places.

This cute little village is located on the southwest side in the Gaume region in Belgium and the same is considered to be one of the most beautiful places in the city. The very own sunny microclimate of this city enables it to be one of the best places in the country where one can cultivate vines. This village is flanked by the beautiful vineyards and orchids and the houses here embrace a unique architecture that is going to captivate you for sure. The buildings are ochre-colored made in sandstone are worth looking at. The village always remains bathed in sunshine and is a must-visit for you.

Bouillon happens to be one of the most famous tourist hubs of the Semois valley and the same serves home to the amazingly preserved medieval castle of the 8th century. The castle overlooks this beautiful town and is one great tourist attraction itself. There are various walking paths here that are exclusively designed for the visitors who look forward to exploring the valley. All the tourists and visitors can also try out a beer sampling tour at the brewery of Bouillon.

Oud Rekem is a traditional village of Belgium that is located in Flanders. This village is counted among one of the most beautiful villages of the country, and the same has been given a title of the most beautiful village in Flanders. Although this village is not so big in terms of its size, however, it boasts some of the loveliest views of winding streets and picturesque buildings. There are breathtaking views where you can roam around riding your bike.

Bastogne is located near the border of Luxembourg. This is the same place where thousands of soldiers sacrificed their lives during the Second World War in the battle of Bulge. The village has an Informative War Museum which offers all the visitors with an opportunity to discover the battle. You are always at the option to explore the Wood of Peace which is made up of 4,000 trees that are planted for the 50th anniversary of the battle. When you’re staying at one of the 11 Best Hotels in Luxembourg City, make sure to take a day trip or two to this very place.

Crupet is considered as one of the most gorgeous villages in Wallonia the central area of which is dominated by the beautiful and impressive Grotto of Saint Anthony of Padua. This village was designed by Gerard, the local curate, the inauguration of which was done in the summers of 1903. The Grotto comprises of different statues of 22 religions which also depict the life scenes of Saint Anthony of Padua.

This city is often referred to as the smallest city in the world and the same happens to be the most charming as well as a picturesque place to be found in the country. The historic town dates back to the 17th century and is located in the dense forests of Belgian Ardennes in the elevated mountains. This place is the best choice for all those individuals who are looking forward to enjoying their holiday amidst nature.

Dinant is located along the Meuse River and is considered to be a beautiful little town of the capital city. Interestingly, this place is home to the inventor of the saxophone, Mr. Sax. His house still remains open to all the inventors who could learn about the invention of this musical instrument in a very lively and original setting. You can also visit the amazing fortified citadel which has become a home to the town’s Arms Museum. Do not forget to taste the local hard biscuit known as couque de dinant.

Damme is situated on the outskirts of Bruges and it rests on the banks of Damse Vaart considered to be a scenic tree-lined canal flowing through the town and continuing to make its way into the neighboring Netherlands. This town is also known as the literary town as it happens to be home to a monthly book market as well as a number of bookshops. One of the most notable literary resident namely Jacob van Maerlant lived here and hence you can find his statue in the town square area. Make your way from one of the 11 Best Hotels in Bruges, Belgium for a day trip to Damme.

De Haan is situated along the Belgian seacoast. It is considered as a charming little village of Belgium which also embraces the best beach resorts of the country. This village has successfully maintained its old 1930s architectural style, as well as charm and the majority of houses here, are the gorgeous white villas. This is a beautiful and relaxing village where you can indulge in a number of outdoor activities. These activities include nice walks around the area, building sand castles, playing beach ball, biking on the seafront as well as swimming.

Veurne is located in the rural West Flanders and boasts a character of an idyllic market town the stunning buildings of which are surely going to captivate you till your heart’s content. One of the most sought-after places of this town is the Grote Market which is also considered to be a hub of Veurne and which happens to be home to a number of signature sights of the city. There are various other attractions that this stunning town embraces.

Rochefort is a medieval town that is like a pastoral idyll located on to the banks of River Lomme. This town has retained a great beauty and charm ever since it established despite the fact that it has been a site of a number of conflicts, especially during the Second World War as well as the French Revolution. Rue de Behogne is considered to be the main hive of activity in this town and the same leads up to the ruins of Chateau Comtal which is considered to be a famous hilltop castle. If you are a fan of ale you will surely be delighted to know about the rich brewing history of this town. This town is also very famous for its Trappist beer.

The spa is known as the Pearl of Ardennes and is considered to be a beautiful Belgian town which is situated in the wooded valley in the middle of the beautiful undulating hills and a number of springs and rivers. A number of visitors especially visit this place to fetch a true spa experience where they get to enjoy hours of blissful rejuvenation at the geysers, hot swimming pools, water cannons, bubble seats and much more. The water at the Thermes de Spa comes directly from the Clementine spring. This water is full of minerals which are considered to be good for cleansing the skin.