11 Most Beautiful Canal Cities In The World 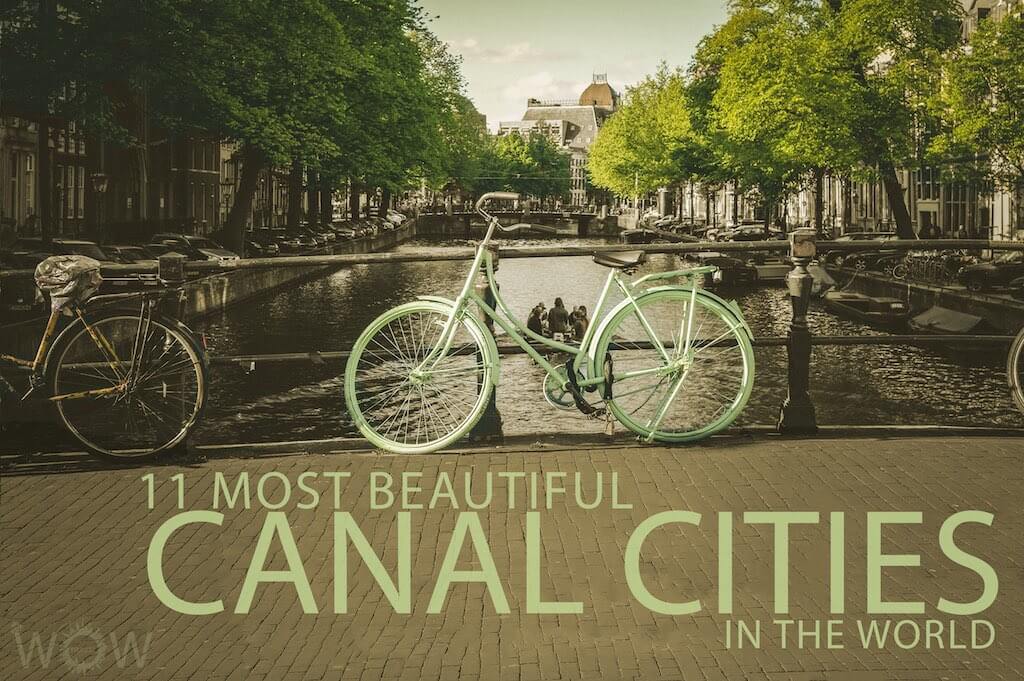 Sure, there is only one real Venice, but there are dozens of other beautiful canal cities that offer plenty of charms of their own. There is something magical about urban waterways, especially when they are an integral part of everyday life. So let’s get started with the 11 Most Beautiful Canal Cities In The World.

Annecy is one of the most popular towns in the Alps, and is an attractive setting with woods, mountains and the Lake d’Annecy close to hand. The town is found in the Haute-Savoie region of eastern France, on the shores of Lake Annecy, 35 km (22 miles) south of Geneva. Here you can enjoy the old town with its tiny cafes alongside the canal and with unobstructed views of the Alps. Planning to visit? Make sure to stay at one of the 11 Best Hotels in Annecy, France.

Suzhou is a major city located along the southeastern edge of Jiangsu Province in eastern China, just outside Shanghai. With the Yangtze River flowing through the city’s north boundary, and the Grand Canal running down from north to south, Suzhou is rich in canals, and is called “the world’s oriental Venice”. The water towns of Suzhou are crisscrossed by canals, rivers, and bridges. Old buildings and streets are built along the waterways. Many of them are still preserved well, reflecting old China. You can walk along lanes and bridges, or take a boat to appreciate ancient architecture and the beautiful canal scenery. Source: chinahighlights

The whole Birmingham Canal Navigations (BCN) system adds up to 160 km (100 miles) of canals. The birth of canals in this British city was purely for industrial reasons, they were originally built to transport goods around the city and to various other towns during the industrial revolution. Nowadays the hub of the BCN is the bustling city center junction at Gas Street Basin. Here, colorful boats and historic canal architecture sit side-by-side with vibrant modern restaurants, cafes and bars. Wouldn’t that be the perfect setting for the best hotel pools in Birmingham? Being a gay friendly city, there are gay friendly hotels in Birmingham as well.

Water dominates the Swedish capital Stockholm, making a boat excursion a great way to get a feel for the city, which has been dubbed the Venice of the North. Stockholm is built up on numerous islands, with canals and bridges connecting them. Water taxis make it possible to create your own sightseeing itinerary, though there are also innumerable tour companies that specialize in themed tours, using the canals to pass some of Stockholm’s best historic sights.

Alappuzha is considered to be the oldest planned city in Kerala state, India. Don’t miss a cruise through the canals of Alappuzha. Step into a country boat and wind through the labyrinth of canals. The canal networks linked to the Vembanad Lake offer an inspiring and interesting experience. You would also come across vast stretches of paddy fields, coconut lagoons and pied King Fishers hurtling down to catch the fish.

The klongs (canals) of Bangkok have long been an important part of Thai culture. These waterways have been around for centuries and have provided many of the people of Bangkok a way to sustain their life. Although many of the smaller klongs no longer exist, the remaining canals are still in use for fast transportation. See why Bangkok used to be called “the Venice of the East” by exploring its canals and the communities that still live on them, right in the heart of the modern metropolis.

Cape Coral is a vast, modern city on the Gulf of Mexico in Florida. The brothers Jack and Leonard Rosen launched the city in 1957, and brought here some of the largest earth movers in the world to dig the navigable canals. There are more than 644 km (400 miles) of canals here, making it the city with the most miles of navigable waterways in the world.

Bruges is the capital and largest city of the province of West Flanders in the Flemish Region of Belgium. There is an oval ‘frame’ of pretty canals that follow the city’s old fortifications. Canals and waterways meander under humpbacked bridges and through winding streets of gabled houses and striking landmarks. Of all the canals in the center of town, the Groenerei (green canal’) is the most romantic. The water flows into places and past landmarks that can’t be accessed from the street, bringing you up close to some of the town’s most incredible sites that would otherwise go unnoticed. Make the most out of your vacation by choosing to stay at one of the 11 Best Hotels in Bruges, Belgium.

Hamburg is a major port city in northern Germany, it is considered to be one of the most beautiful in the country. There are hundreds of canals within the city as well as more than 2,300 bridges crossing them. Hamburg has more bridges inside its city limits than any other city in the world and more canals than Amsterdam and Venice combined.

The first image one conjures up when thinking of Amsterdam is its tranquil canals. Three rings of canals, lined by elaborately decorated merchants’ residences and warehouses built in the 17th century, the Dutch “Golden Age”, give the city its iconic and easygoing image. In fact, 90 islands were created when the canals were built, and they’re all connected by hundreds of charming bridges. The city has tons of accommodation options. Check out our list of 11 Best Hotels in Amsterdam.

Venice is a small city that is built on 117 small islands and has some 150 canals and 409 bridges (only three of which cross the Grand Canal) in a marshy lagoon in the Adriatic Sea. Its stone palaces seemingly rise out of the water and every corner, monument, church or museum contains a piece of history. Planning to visit? Make sure to stay at one of the 11 Best Hotels in Venice, Italy.