Top 10 Things To Do In Shanghai 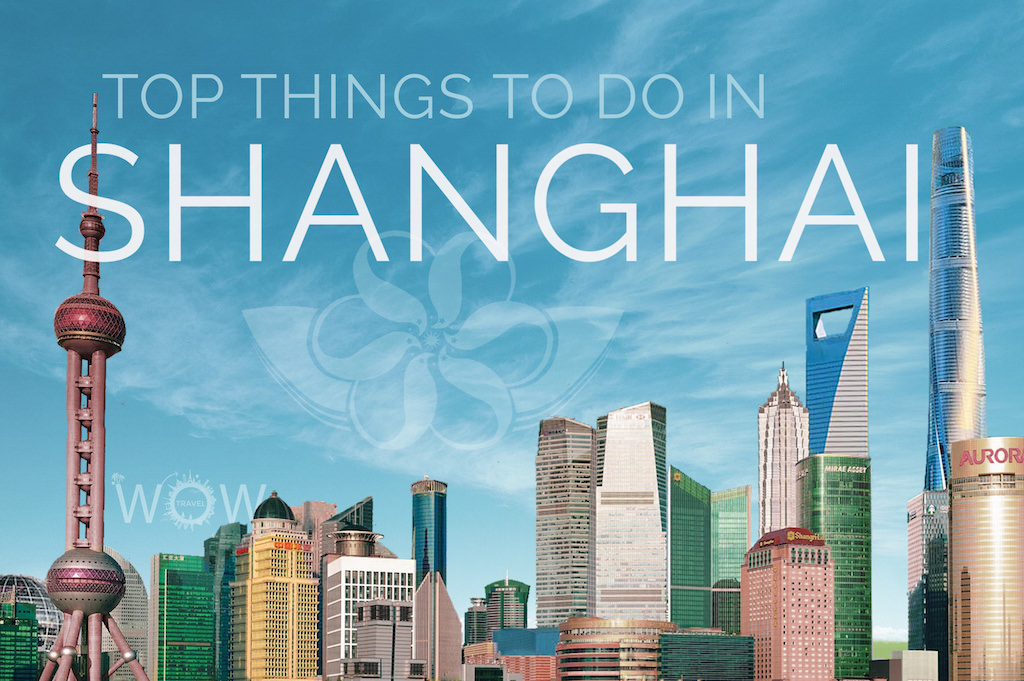 There are cities in the world never sleep, Shanghai doesn’t even sit down. This Asian metropolis is a multi-cultural and fascinating place, a mix of modern and traditional Chinese traditions. It is the largest city in China by population and it is one of the most important industrial, technological, commercial and financial center in the country and the entire world. Shanghai lies on China’s east coast roughly equidistant from Beijing and Guangzhou other 2 main cities and international hub of the country. It has a humid subtropical climate and experiences four distinct seasons so tourists can enjoy a different landscape if they plan their visit properly. Shanghai has nothing to envy any other large city in the world. In recent years, a large number of architecturally distinctive and even eccentric buildings have been built here such as the Shanghai Museum, Shanghai Grand Theater in the People’s Square precinct and Shanghai Oriental Art Center. Nevertheless, the city has managed to preserve some traditional-style buildings, like the Yuyuan Garden, an elaborate traditional garden in the Jiangnan style. You don’t have to spend much time in Shanghai before you start to love it, its best hotels and spas, incredible restaurants, incomparable shows and attractions, and more will captivate you. WOW Travel was there and put together its Top 10 Things To Do In Shanghai.

Xintiandi is a wealthy shopping, eating and entertainment district of Shanghai where no cars are allowed. Xintiandi is located within an area that was established for the French government from 1849 until 1946. Visitors can still see the traditional tree-lined avenues and the many fine old houses with iron fences and stair railings which will make you feel in Paris or Montreal. There are a huge number of boutiques, galleries, bars and cafes scattered throughout the area.

This oasis of peace in the heart of the city was built in  1577 by a government officer of the Ming Dynasty (1368-1644). It was specially built for this officer’s parents as a place for them to enjoy a peaceful and happy time in their old age. The garden is a piece of art, with lots of beautiful features such as the exquisite Jade rock located across from Yuhua Hall. A piece of advice: burn a joss stick just below the rock, the smoke will magically float out from all of the holes and when you pour water into the rock from the top, the water will flow out from each hole creating a spectacular sight to see. One can spend hours strolling around the garden while enjoying the many ornamental ponds with beautiful goldfish and flower walls. Each area is separated from the others by “dragon walls” with undulating gray tiled ridges, each terminating in a dragon’s head.

This TV tower is one of the most distinct landmarks in the city.Its principal designers were Jiang Huan Chen, Lin Benlin, and Zhang Xiulin. Built between 1991 and 1994, this tower was the tallest structure in China from until 2007, when it was surpassed by the Shanghai World Financial Center. The tower features 11 spheres and it is supported by three enormous columns that start underground. The tower is brightly lit in different LED sequences at night like many other tall buildings around the world.

It is the world’s longest shopping district, around 5.5km long, and one of the world’s busiest shopping street in the world with over 1 million visitors daily. Visitors often celebrate different holidays at Nanjing Road, like the Chinese New Year, New Year’s Eve, Christmas and Easter. Many buildings and shopping malls on Nanjing Road host a fireworks displays.

This famous temple was built in 1882 to keep two jade Buddha statues that were brought from Myanmar. The two gorgeous jade Buddhist statues are not only rare cultural relics but also porcelain pieces of art.  Although the history of the Jade Buddha Temple is not very long, the old-time and classical architectural style makes it unique and inimitable in this modern city.

Shanghai’s Venice. Zhujiajiao is an ancient water town well-known throughout the country, with a history of more than 1700 years. Do not leave this charming area without seeing its 36 bridges which are unique and old, built during Ming and Qing Dynasties. They are all different, built with different materials such as marble, wood or stone. The village prospered thanks to the clothing and rice businesses. We can still admire the old historical buildings such as rice shops, banks, spice stores and even a Qing dynasty post office can still be found.

This lavish complex is without a doubt one of the largest and best-equipped automatic stages in the world. It has hosted more than 6,000 performances of operas, musicals, ballets, symphonies, chamber music concerts, spoken dramas and various Chinese opera till this day.  When the night falls, this USD200M  landmark, turn on the  light installations around the building turning the exterior into an elegant crystal palace.

This nice waterfront area in central Shanghai stretches one mile along the bank of the Huangpu River. It is a famous promenade and regarded as the symbol of Shanghai for hundreds of years. If you stand by the railings, you can have a perfect picture of the scenery of Pudong Area and Huangpu River.

Often referred to as the SOHO of Shanghai, Tianzfang left those years of French aristocracy and residential flair to become artsy spot filled with cafes, shops, bars, boutiques and art galleries housed in Spanish, British or Shikumen buildings. Tianzifang has become a major tourist attraction and it is worth a visit.

It is the old town of Shanghai, the real old town, where people actually live. It might not be that pretty but it’s real and interesting. You can see some local shops (real local shops, not the ones for tourist full with Chinese tea) street food, kids running around and locals hanging out in front of their houses. If want to see the true Shanghai, this is where you need to go because it holds the genuinely and fascinating history of this place. This area predates the colonial presence in Shanghai.