Top 7 Things To Do In Myanmar 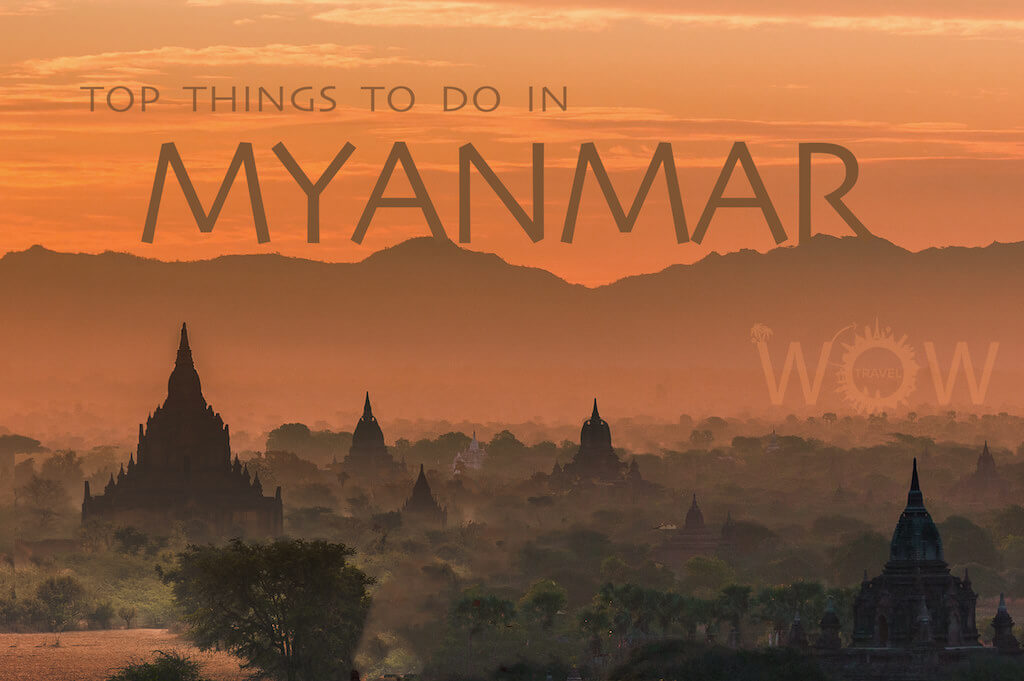 Off-limits for years, Myanmar can now be freely visited. Leave the ordinary behind and travel to Myanmar, the land of sparkling golden pagodas that were built during the 12th and 13th centuries under the Pagan Empire. Myanmar has an extensive coastline with the Andaman Sea and the Bay of Bengal and it contains almost every habitat except desert, from frozen alpine mountains in the north to tropical jungles in the south. Check out our Top 7 Things To Do In Myanmar.

The Shwedagon Pagoda is one of the most famous pagodas in the world and it is certainly the main attraction of Yangon, Myanmar’s capital city. Locally known as Shwedagon Zedi Daw The, it sits atop of a hill and is 99 meters high. It can be seen from most places of Yangon day and night as the golden roof illuminates the city. According to some, the pagoda is 2,600 years old, making Shwedagon the oldest pagoda in the world. Source: theshwedagonpagoda

Myanmar is primed to become Asia’s hottest beach destination and Ngapali Beach, a dream beach with 7 km (4.35 miles) of white beach fringed with turquoise waves and palm trees. There are many activities available, from sea sports, snorkeling and scuba diving to cycling and golf.

Mrauk U was once an important trading post with links to Portugal, Holland, Arabia, Persia and India. Almost forgotten, you’ll have the chance to rediscover this town and see this multi-national influence on the city. This abandoned city has hundreds of temples and pagodas. Visit the market, the ruins of the Royal Palace, the Archaeological Museum and the Shitthaung Temple, Mrauk U’s most important monument, built-in 1535 by 1,000 architects and containing a remarkable collection of Arakanese Buddha images and reliefs.

Located in the heart of Shan State which shares borders with Thailand and Laos, Inle lake is one of the highest lakes of Myanmar at an altitude of 900 meters (2952 ft) above sea level. More than 30 hill tribes are living in the mountains. Inle Lake, natural and unpolluted, is famous for its scenic beauty and the unique leg-rowing of the Inthas, the native lake-dwellers. Moreover, floating villages, colorful daily floating market and Inle Spa are places worthy of a visit. The festival of Phaung Daw Oo Pagoda in Inle Lake held during October is full of pageantry and colorful splendor. Source: inlelaketourism

The monuments seem to overwhelm the landscape. There are about 2,000 of them covering an area of 41 square km (16 square miles) on the eastern bank of the Ayeyarwady in central Myanmar. They are in different sizes and in a bewildering variety of shapes. They are also in varying stages of preservation and disrepair. Source: baganmyanmar

Located in central Burma, 48 km (30 miles) from the ancient city of Bagan. Taung Kalat is a Buddhist monastery which is perched on top of volcanic Mount Propane, it is one of the most sacred places in Myanmar.

The Kyaiktiyo Pagoda, today also known as the Golden Rock Pagoda is located on top of Mt. Kyaiktiyo at 1102 meters (3615 ft) above sea level, in the Mon State and approximately 210 km (130 miles) from the city of Yangon. The Pagoda was built more than 2500 years ago. Legend has it that the Pagoda was built on a Hair relic that was given to a hermit by Buddha Himself. The hermit treasured the sacred Hair in his hair knot until he found a boulder resembling his own head on which he could build a pagoda to enshrine it.