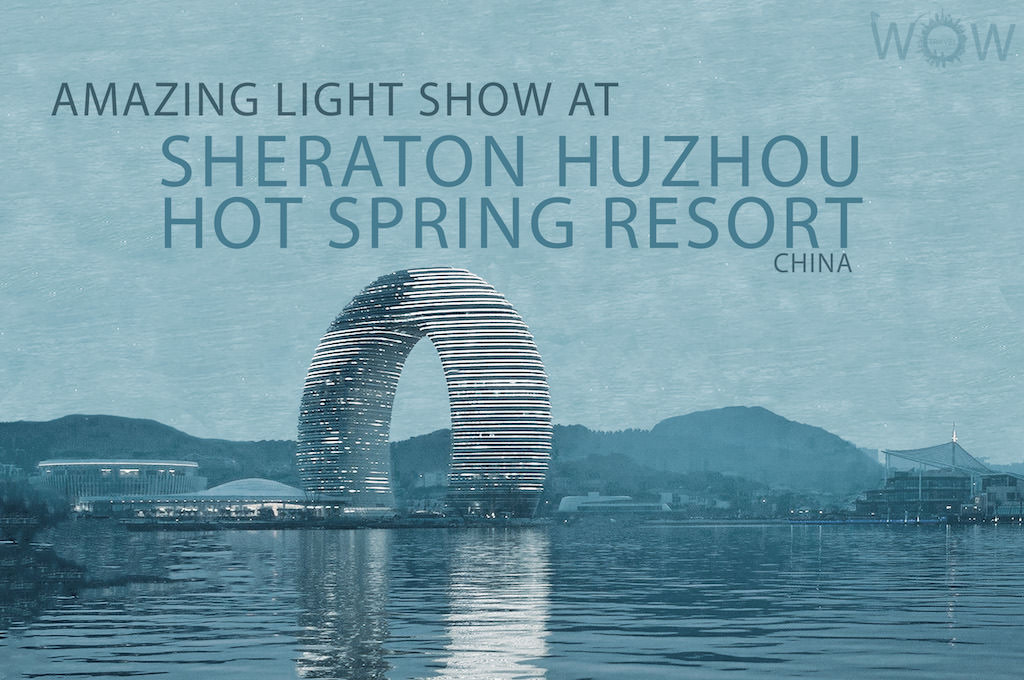 We have seen a couple of impressive architectural works of art in China, yet we didn’t see this one coming. The Sheraton Huzhou Hot Spring Resort joins these high tech, eye-catching architectural achievements and achieved international wow-coverage for its extraordinary ring-shaped design, which has been compared to both a horseshoe and a donut, and which loops over Taihu Lake, about two hours’ drive from Shanghai.

The design is by MAD Architects, the Beijing-based firm that’s proven itself again and again to be one of the most creative architecture firms around right now. The Sheraton Huzhou Hot Springs Resort is made up of “layers” of floors to create a ring that rises from the south bank of Taihu Lake. Apparently, the shape of the 27-storey resort was inspired by the traditional arch bridges, key elements of the traditional Chinese architecture. This unusual structure is 100 meters (328 ft) high and 116 meters (380 ft) wide, covering an area of 75 acres. The 321 rooms include 40 suites, 37 villas, and presidential suites, each with a view of the Lake Taihu, China’s third-largest freshwater body.

The US$1.5 billion luxury resort, which boasts a 28-ton Persian jade rough in its lobby and a marina for guests arriving by yacht, is the first international five-star hotel in Huzhou (湖州), a city in Eastern China two hours inland from Shanghai with a population of 2.5 million and known for its silk. It is definitely one of the most outstanding constructions we have ever seen.

At night, there’s a spectacular light show during which the building’s distinctive structure is illuminated. A special LED lighting system illuminates the resort and gives it an animated colorful look.