Top 6 Things To Do In Guangzhou 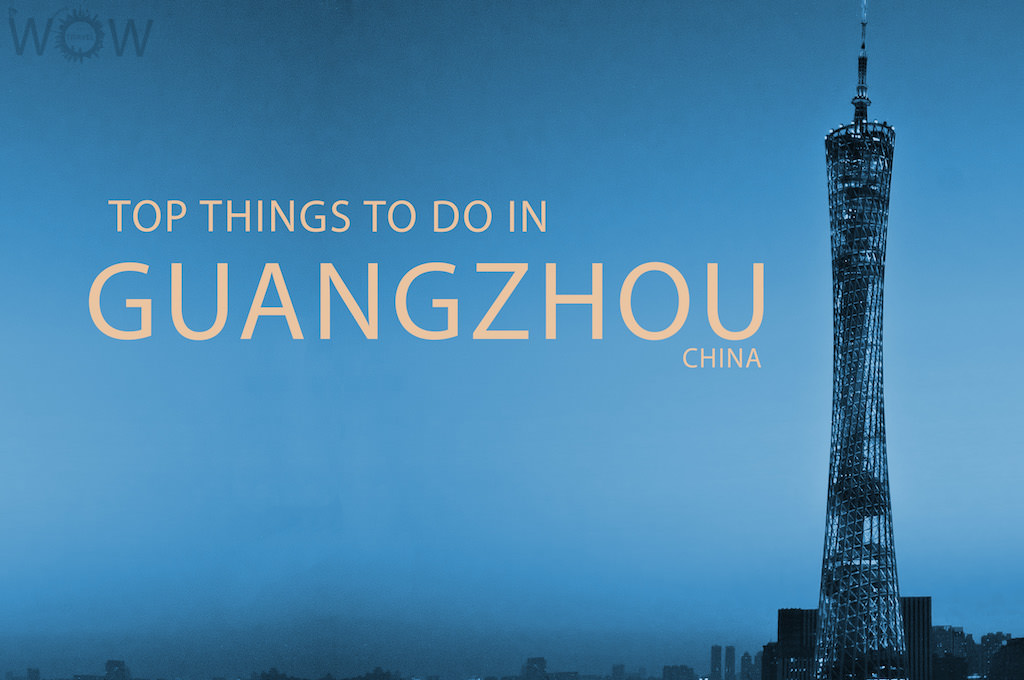 Located on the Pearl River, about 120 km (75 miles) north-northwest of Hong Kong and 145 km (90 miles) north of Macau, Guangzhou offers all the hustle, bustle, culture and commerce of other major Asian metropolises minus the massive tourist crowds. Guangzhou provides a combination of ancient structures and traditional cultural heritage with modern buildings, art galleries, natural scenic spots, famous restaurants and distinctive museums. It is the perfect place for a 3 to 4-day stay, offering its visitors a lively and energetic environment in the heart of one of the most emblematic and culturally distinguished Chinese cities. Check out our Top 6 Things To Do In Guangzhou.

Once the world’s tallest structure, the spectacular Canton Tower spirals upwards like a twisted rope. The tower takes its majestical place at the forefront of Guangzhou’s skyline. The structure rises over 595 meters (1,952 ft) in height. The world’s biggest and highest outdoor observatory looks downward from 488 meters (1,601 ft). It also features rotating restaurants and, for thrill-seekers, a 30 meter (100 ft) free fall ride.

Stretching for over 1 km (0.6 miles) along Shangjiu Rd, Xia Jui Rd and Dishifu Rd in Liwan District Guangzhou, the Shangxiajiu Pedestrian Mall is home to hundreds of shops including several malls and many great restaurants. This is one of Guangzhou’s older streets and features an interesting mix of old European and Chinese architecture. Source: mavel.co

Shamian Island is both a famous sightseeing district for the history of foreign affairs and a historic reservation. In the 1880s, Wesleyan missionary John Turner described Shamian Island as “a beautiful island, fronted with lawns and flower gardens, with the foreign consular and merchants’ houses standing behind them, on either side of an avenue of banyan trees.” Not a lot has changed on Shamian Island. British and French influences are prominently evident in this scenic island, as manifested in the houses, villas, churches, sculptures and tennis courts. The old Anglican Church across from the White Swan Hotel languished as a warehouse for years after the Cultural Revolution but has since reopened. The park opposite the former British consulate, which was built in 1865, is where retirees practice tai chi.

The Cathedral of Sacred Heart

The Cathedral of Sacred Heart is over 150 years old and was built from granite in a Gothic style. It is a very impressive building with characteristic features of high towers, clusters of huge columns, pointed arches and stained glass windows. The cathedral can be visited free of entrance every Sunday.

Head to the Tianhe District for the Redtory Art and Design Factory. This sprawling canning factory-turned-sleepy artists’ village boasts a bevy of contemporary galleries, exhibits, and restaurants. The whole area is free of entrance and most of the museums too.

Take an afternoon to explore the maze of stalls and shops of Qingping Market, one of China’s most famous markets where you could find in the past crazy, exotic, Chinese meats – like monkey meat and puppies. The government has made efforts to clean it up and nowadays, what you will find here is the biggest traditional Chinese medicine market in Southern China.