Top 10 Things To Do In Macau 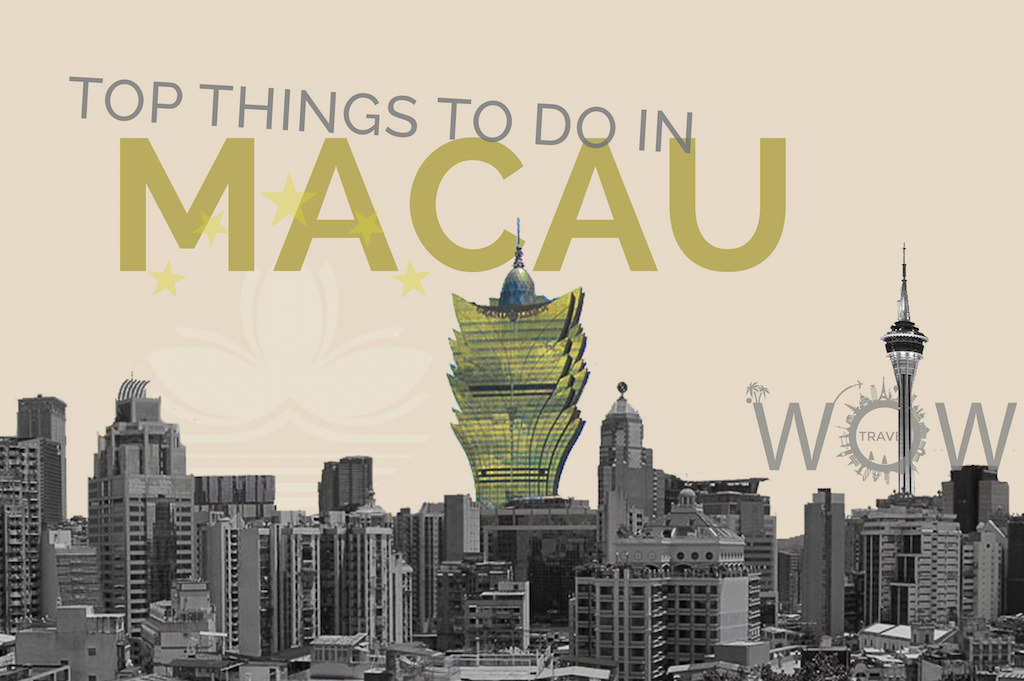 Macau is to many the “Vegas of the East” but we think it is much more than that. It is important to say that this was the first and last European colony of Asia, it was ruled by the Portuguese for 442 years since 1887 until 1999. Visitors can still feel the rich Portuguese heritage fused with Chinese culture in street signs, the architecture, the food and more. However, being the only place in China where gambling is allowed has modernized the city and brings millions of tourists from all over the world to spend large sums of money at one of the many lavish and eccentric casinos such as the Casino Lisboa, Sands Macau, The Venetian Macao or Wynn Macau. Macau has historical and cultural venues, lots of entertainment, world class hotels, formidable restaurants and more. WOW Travel invites you to take a look and explore with us the Top 10 Things To Do In Macau.

This is one of the four most important squares in Macau. It was named like this because it is situated in front of the Leal Senado Building. This square was remodelled in 1990s and it was paved with a wave-patterned mosaic of colored stones and from that moment on it became a very well-attended spot, always busy with social and cultural activities. There are shopping centers and traditional Chinese restaurants around the square, boutiques, famous bars. During the Chinese Spring Festival and Christmas visitors can enjoy wonderful fireworks shows.

In a few words, it is the one-stop destination that lets visitors have it all. At Macau’s City of Dreams, one can experience an array of dazzling entertainment, luxury accommodation, international dining and designer fashion brands. It is located in the heart of Cotai which is easily accessible from Macau’s ferry terminals, border gates and the airport. City of Dreams takes Macau’s entertainment industry to new heights, making it a prominent hotspot for tourists and locals alike.

It is perhaps one of the most iconic landmarks in Macau. It has welcomed many national leaders and important figures since its inauguration in December 2001 and it has also been the designated venue for many major international and regional business and trade events. Stanley Ho Hung-Sun was so impressed by the Sky Tower in Auckland that he commissioned a similar one to be built in Macau. A wonderful lounge awaits visitors who want to experience a spectacular 360° view of entire Macau Peninsula, Taipa, Coloane, and look over to China. If you are a true adventurer and have nerves of steel, bungee jumping, sky walking, sky jumping and wall climbing are also available.

If you are in Macau, take half a day to visit this picturesque part of the city. We believe it is  one of the best attractions and one of only two traditional “villages” that still exist in Macau. To some is nothing but narrow lanes and alleys but it is filled with beautiful colonial houses painted in yellow, blue, and green. Visitors can take a sit or stroll down Avenida da Praia, a tree-lined esplanade with wrought-iron benches, perfect for a  refreshing lemonade or ice cream and to meet locals at one of the many Portuguese style cafes.

The Ruins of St. Paul’s refer to the facade of what was originally the Church of Mater Dei built in 1602-1640 and the ruins of St. Paul’s College, which stood adjacent to the Church, both destroyed by fire in 1835. It is definitely one of Macau’s best known landmarks. Most people call it or think it was a cathedral but it never was. The facade sits on a small hill, with 68 stone steps leading up to it, carvings that include Jesuit images with Oriental themes can still be seen on it. The UNESCO declared it a World Heritage Site in 2005.

Did you know that the largest casino in the world is located in Macau? It is called the Venetian Macau. This luxury hotel and casino offers 3000 suites. The accommodation floors starts from level 7 up to level 38. A trip to the Venetian Macau would not be complete without a romantic ride in an authentic gondola down the canals of the Shoppes at the Venetian or relaxing with friends and family in their poolside cabanas. This sumptuous hotel features a wide range of the hottest concerts and shows for every age and style like The Rolling Stones, Alicia Keys or Disney’s Beauty and the Beast.

History says that the city of Macau owes its name to this spectacular temple. It is one of the oldest Taoist temples in Macau, built in 1488 by seafarers and fisherman who dedicated it to Matsu, their patroness or goddess. Locals say that when Portuguese sailors docked here and talked to them, they only replied “A-Ma-Gau” (bay of goddess A-Ma) so they Portuguese named the peninsula “Macao”.

It is a complex with over 150 stores and restaurants in buildings built in the style of different world seaports such as Cape Town, Amsterdam and Venice, six rides, a slots hall, a 72-room hotel and a casino. The first-ever cultural, themed and creative attraction in the tourism industry of Macau.

It is a 20m-tall bronze figure, emerging Virgin Mary–like from a 7m-high lotus in the outer harbour, is probably the only statue in the world of the goddess of mercy that is not facing the sea. It is on top of one of Macau’s finest Buddhist temples, Kun Iam Temple is larger and far less crowded than A-Ma Temple, its historic counterpart located closer to the center of town.

Built by the Jesuits in the mid-16th century, this is one of the three oldest churches in Macau. Its present appearance and scale was acquired in 1846. Situated on the southern coastline of Macau overlooking the sea, families of Portuguese sailors used to gather on the front steps of the church to pray and wait for their return.The neighbourhood where the church is located used to be fairly wealthy, thus explaining the building’s scale and wealth of architectural treatment.