Top 11 Things To Do In Las Vegas 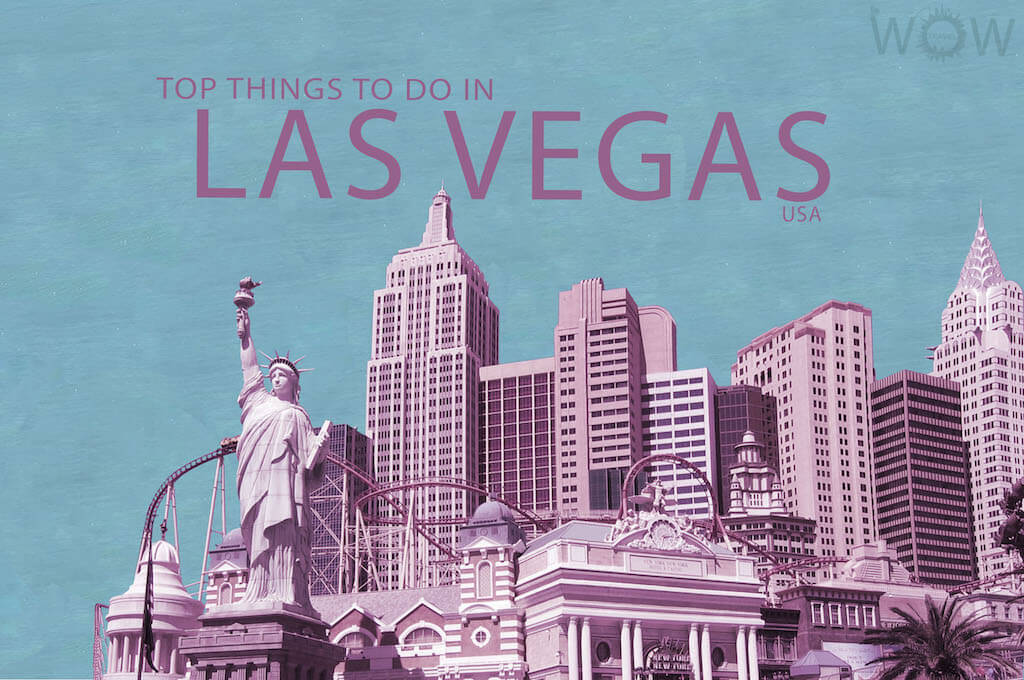 Las Vegas is a city that needs no introduction. This metropolis, located in the middle of the Mojave desert, is home to 17 of the 20 biggest hotels in the U.S. and hosts more than 41 million people each year. Las Vegas is a dream come true to many, an ever-changing fantasy-land of a city, a place where people make fortunes in a matter of seconds and get married in 5 minutes. Numerous luxurious hotels, an overwhelming amount of shows, incredible restaurants and more. This is Las Vegas, the only place in the world where golden windows got their coloring from real gold dust. WOW Travel takes you on a fantasy trip with its list of the Top 11 Things To Do In Las Vegas.

The Strip –  This 7 km (4.3 miles) avenue, is known all over the world by its lavish resort hotels and casinos. Driving or taking a stroll (if the weather allows it) down this gorgeous promenade is a must. Hotels with incredible water fountains show such as the Cirque du Soleil, restaurants, bars, casinos and more. 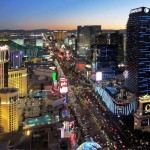 Stratosphere – The Stratosphere Casino, Hotel & Tower offers the most exhilarating attraction in the city. The highlight of this wonderful hotel is going to the top. It is the tallest freestanding observation tower in the United States and one of the most exciting attractions among Las Vegas resorts. If you are a thrill seeker and have nerves of steel, then get on the SkyJump Las Vegas, a controlled descent that sends you off the 108th floor of our Vegas resort Tower at a scream-inducing speed. 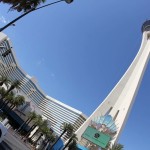 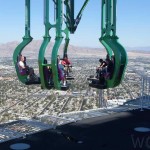 The Mirage Casino and Volcano – The Mirage has transformed the modern Las Vegas experience and has never stopped offering the best in entertainment, dining, hotel luxury and nightlife to all its visitors. One of the most popular public shows in Las Vegas is their Volcano. The Volcano is igniting the Las Vegas Strip by combining fire with music and choreography and since its opening in 1989, the volcano has been one of most popular attractions on the Strip. 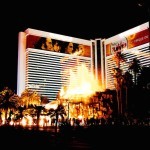 The Venetian Casino and Grand Canal – The Venetian Resort Hotel Casino is a five-diamond luxury hotel and casino resort that uses Venice as its design inspiration and features architectural replicas of various Venetian landmarks. No trip to The Venetian is complete without a romantic ride in an authentic Venetian gondola in the Grand Canal. 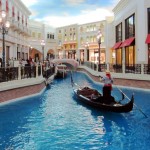 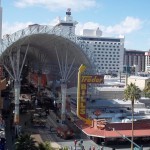 Fountains of Bellagio – The Fountains of Bellagio were created to refresh your activities list while in Vegas and to add some romance to your trip. A unique and incomparable show of water, music and light thoughtfully interwoven to mesmerize its admirers. It is without a doubt, the most ambitious, choreographically complex water show ever conceived. It happens every 30 minutes between 3 pm and 8 pm and every 15 minutes between 8 pm and midnight. Among the many songs the waters dance to are:  Time to Say Goodbye, Your Song, God bless the USA, Billie Jean and others. 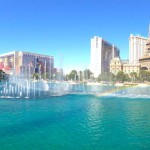 Hoover Dam – The Hoover Dam is a wonder of the modern world and a national historic site with more than a million visitors annually. It is a concrete arch-gravity dam in the Black Canyon of the Colorado River, on the border between the U.S. states of Arizona and Nevada. It was constructed between 1931 and 1936. The dam’s generators provide power for public and private utilities in Nevada, Arizona, and California. 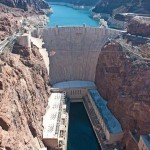 Roman Forum – Shop in an ancient Roman Forum… or at least, a replica of one! The Forum Shops at Caesars is recognized as offering the premiere combination of luxury retail, excellent location, entertainment and ambient surroundings. Roman architecture is the inspiration behind the design of the Forum shops at Caesars Palace. Look out for the domed ceiling which, like something out of a Harry Potter movie, shows a constantly-changing ‘sky’. 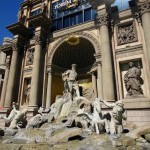 High Roller – High Roller is the World’s Largest Observation Wheel. It has 28 glass cabins soaring 168 meters (550 ft) high with 360-degree views of Las Vegas. It is one of Las Vegas’ newest attractions and it lives up to its name, offering unparalleled views of the downtown area, day and night. Alone or with friends, go up and enjoy an unbeatable view of the Strip and the surrounding desert. 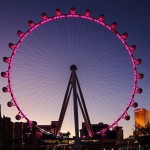 Big Apple Coaster – Big Apple Coaster is located at the New York-New York Hotel and the ride’s trains are themed to New York taxicabs. This is a place to test your courage and get thrills at the same time on the world’s first coaster to feature an 180-degree “heartline” twist and dive maneuver. 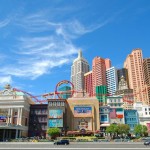 Valley of Fire State Park – Nearly 88 km (55 miles) away from Las Vegas Strip, the Valley of Fire is Nevada’s oldest and largest state park. Ancient trees and early man are represented throughout the park by areas of petrified wood and 3,000-year-old Indian petroglyphs. 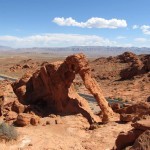