Top 9 Things To Do In Hamburg 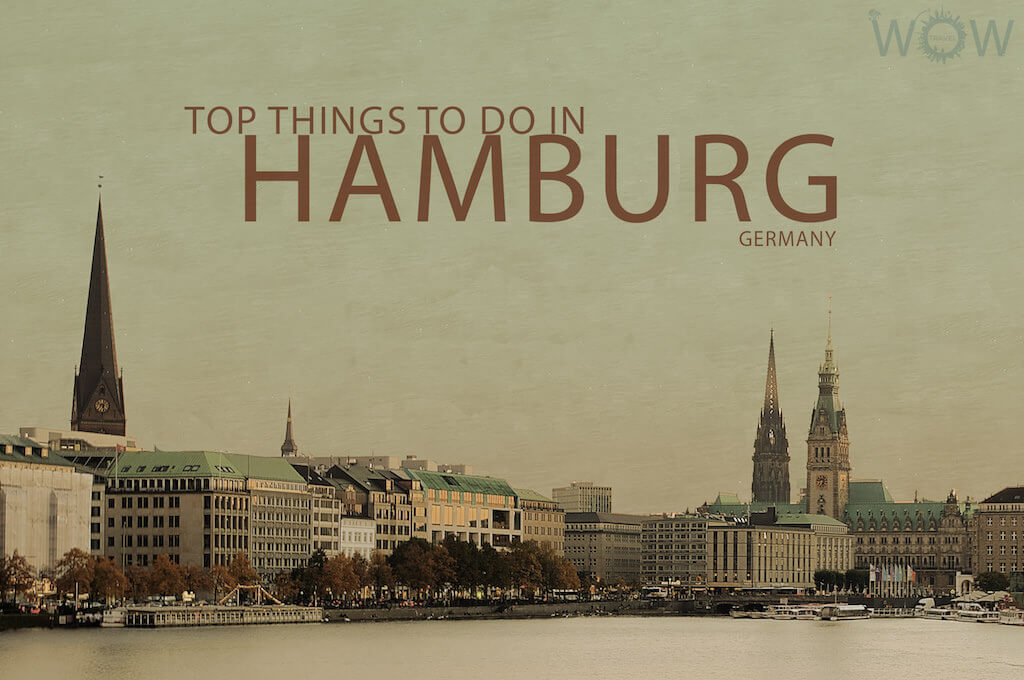 Hamburg, Germany’s second-biggest city, has a personality of its own. From scenic beauty, a unique blend of world heritage monuments and charming village-like neighborhoods to modern pubs and nightclubs in the world´s most famous red-light district and the best burgers in Germany. Hamburg is ready to surprise you, Check out our Top 9 Things To Do In Hamburg.

Hamburg Town Hall was built from 1886 to 1897 and is located in the Altstadt quarter. It still houses its original governmental functions with the office of the First Mayor of Hamburg and the meeting rooms for Hamburg’s parliament and senate. The unique house of the city council stands out through its architecture, especially the facade, with a fatuous decor, and the 20 statues that are flanking it, representing emperors.

Built in a beautiful Baroque style at the end of the XVII Century, it was one of the first churches in the city designed and constructed to be a Lutheran church. The massive clock it’s the largest of its type in Germany. The tower has an excellent view of the city and its port and can be reached through stairs or through an elevator built for those who can’t walk the almost 500 steps to the top. Source: moving-to-hamburg

The Reeperbahn in Hamburg (or Reperbahn as it’s often misspelled) is a street in the city district of St. Pauli. It’s famous for beeing Hamburg’s Red Light District with many strip clubs and brothels. But, if you visit the Reeperbahn you’ll soon find out that the area offers much more than this. There are a lot of nice bars, pubs and night clubs in St. Pauli. The street is completely transformed at night. In the day it’s an ordinary crowded shopping street, but in the evening it transforms into a pulsating nightlife Mecca. On the Reeperbahn you also find the St. Pauli Theater, Imperial Theater och Schmidts Tivoli, and numerous cabarets. Source: reeperbahn.org.uk

Recognised by UNESCO as a World Heritage Site, the red-brick buildings that line the Speicherstadt are the world’s largest continuous warehouse complex. Stretching for at least 1.6 km (1 mile),  it is connected by canals which lap against the foundations of the large buildings on either side. It was built as a free zone where merchants could transfer goods without having to pay customs. We recommend staying at one of the 11 Best Hotels in Hamburg near this attraction.

Miniatur Wunderland is the largest model railway in the world, with a railway length of more than 12 km (7.5 miles). It is built across multiple floors are dozens of recreated cities and countries; everything from Las Vegas to all of Switzerland and even a functioning airport that is deceptively fascinating.

Hamburg’s fish market is located on the bank of the river Landungsbrucken, in the Altona district. The market consists of stalls set around the prestigious auction hall. Visitors can buy many species of fish, eels, tropical plants and seaweed, and other products. Due to Hamburg’s proximity to the sea, it’s one of the best places to get fresh fish in Germany. Every Sunday, auctions of fresh fish are held in the Altona Fish Auction Hall, with its industrial look and rough charm, is one of the symbols of the city of Hamburg and always draws a crowd. Before leaving, head to the Strand Pauli, a cool beach bar situated between Landungsbrücken and the Fish Market.

A leafy oasis in the heart of Hamburg, Planten un Blomen Park offers 47 hectares of fountains, lawns and floral displays. The park has the largest Japanese landscape gardens in Europe.

Alster Lakes are two artificial lakes connected to the rivers Alster and the Elbe. It is a scenic recreation area and a true paradise for sailors, rowers and paddlers in the middle of Hamburg. Inner Alster (Binnenalster) and Outer Alster (Aussenalster) makes a great place for outdoor activities with attractive views and numerous cafes and restaurants.

The Elbe tunnel, also known as St. Pauli Elbe Tunnel, is a pedestrian, bike and motorist tunnel, which travels underneath the River Elbe and connects central Hamburg to the southern side of the river.