10 Iconic Lighthouses Around The World 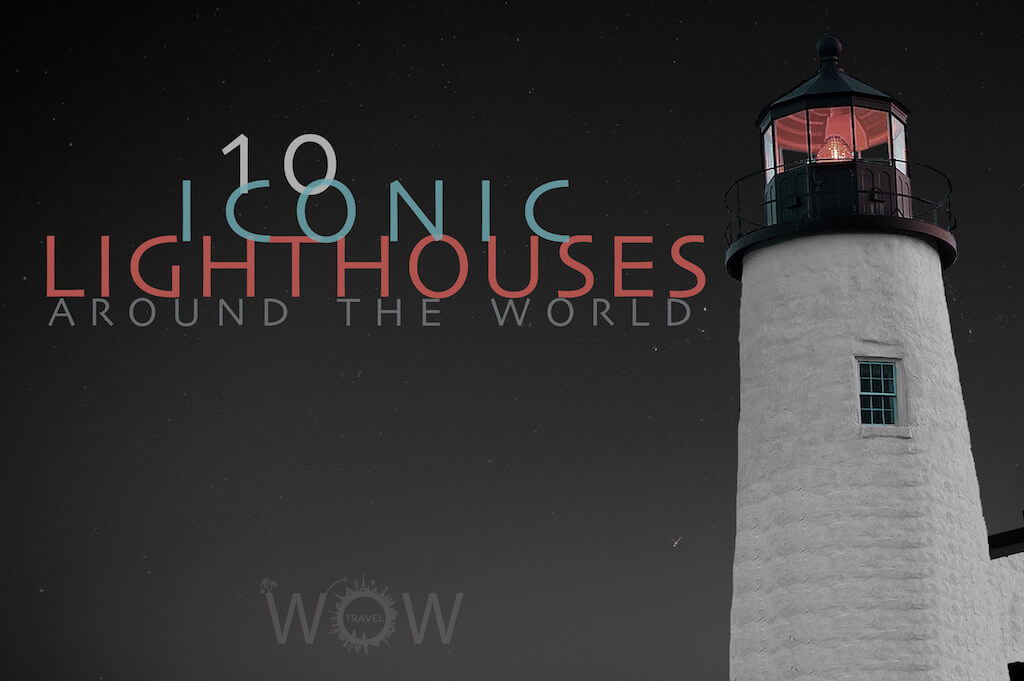 Hope is being able to see that there is light despite all of the darkness. However, in ancient times hope was scarce. Travelers, conquerors, adventurers and sailors needed clear signs in order to cross the seas. Before the construction of seaports people were guided by fires on top of the hills near the coasts. This led to the idea of building structures with a strong light to guide all those boats who needed a safe haven or who were bringing goods from across the world. The first known lighthouse―the Pharos of Alexandria, Egypt – was completed about 280 B.C. It stood more than 350 feet tall until an earthquake destroyed it in the 1300s. Let us take you on a virtual visit of the 10 Iconic Lighthouses Around The World.

The Lindau Lighthouse was built between 1853 and 1856 and is the southernmost lighthouse in Germany, located in Lindau on Lake Constance. It is 33 meters (108 ft) tall and has a perimeter of 24 metres (79 ft) at its base. The lighthouse and the port of Lindau were constructed by the Bavarian Railway Company, and the lighthouse continues to be operated by Deutsche Bahn’s (German Rail’s) Lake Constance ferry subsidiary.

A large number of Dutch immigrants came to America in the mid-1880’s prompted by religious prosecution in the Netherlands. Many of them settled in western Michigan. They founded Holland in 1847 and made it a traditional Dutch town including Old World houses, windmills, and parks planted with tulips.

Standing on a bald rocky headland with a precipitous cliff on the east side, and a sheer drop of approximately 100 metres, Cape Byron Lighthouse is the most easterly light in Australia, and one of the most powerful.

Portland Head Light was first lit on Jan. 10, 1791.This light has a white conical tower, a charming Victorian keeper’s house with a rambling red roof and eyebrow eves on the porch, a commanding setting at the southwest entrance to Portland harbor, and beautifully landscaped grounds. Commissioned by George Washington and dedicated by the Marquis de Lafayette, it is the state’s oldest lighthouse and one of its most beloved. The Museum at Portland Head Light is in the former Keepers’ Quarters. The Museum contains a number of lighthouse lenses and interpretative displays. The light is now automated. The lighthouse and the adjacent Fort Williams Park are owned by the town of Cape Elizabeth. We recommend staying at one of the 11 Best Hotels in Portland, Maine near the Portland Head Light. Source: visitmaine

Towering above Anastasia Island, the St. Augustine Lighthouse is one of the most
spectacular historic sites along Florida’s Atlantic Coast. The first light station on this site was established by order of Pedro Menendez de Aviles, founder of St. Augustine, shortly after the settlement was established in 1565. Sir Francis Drake, the notorious English “privateer,” used the original signal as a guide during his raid against St. Augustine in 1586.The original wooden tower was replaced by a structure of coquina stone in 1683. Coquina is a unique sedimentary stone that is found in the St. Augustine area and in only two other places in the world. This fortified structure was later converted into a real lighthouse during the 1820s. Find the top pet friendly hotels in St Augustine here. Source: exploresouthernhistory

This is one of the oldest Roman lighthouses still in operation in the world. The Tower of Hercules is located between the cove of Orzán and the Gulf of Ártabro. It is a Roman lighthouse from ancient Brigantium dating from the 2nd century AD, in the time of Trajan, which was refurbished in 1788 by order of King Charles IV of Spain. It was designed by the Portuguese architect Cayo Sergio Lupo. It has a square ground plan, measures 68 meters (223 ft)  and the light that it casts is visible at sea from a distance of 51.5 km (32 miles). The tower is divided into three sections, each successively narrower, up to the lantern. Source: spain.info

Located on England’s southern coast directly south of London, the cliff at Beachy Head rises 162 meters (532 ft) above the sea, making it the highest in the country. But the Beachy Head lighthouse isn’t at the top – it’s actually at the bottom.

The ancient lighthouse of Genoa, symbol of the city, was erected in 1543. The tower reaches a height of 117 meters, and the view from its pinnacle is one of the most beautiful in the city.

The Amédée lighthouse is an iron lighthouse located on Amédée Island. The metal components were made by Rigolet in North-East Paris in 1862 and the tower was constructed in Paris as a demonstration. It was France’s first metal lighthouse and it boasts a unique history.