10 Largest Islands Of The World 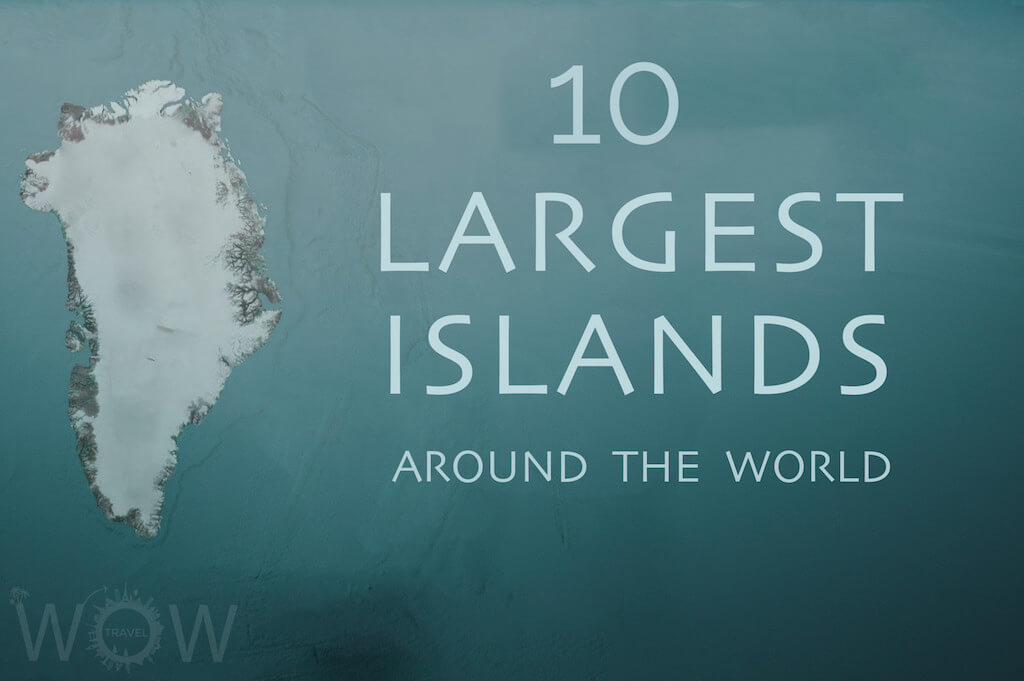 They say islands are natural workshops of evolution. People have traveled miles across the oceans and resettled in paradisiac yet sometimes deserted islands and have built nations from scratch. There are islands with vast vegetation and fauna and others with nothing but arid land and volcanoes. However, they all have wonderful treasures to share with all who dare to visit them. WOW Travel shares with you The 10 Largest Islands Of The World.

Ellesmere Island is the 3rd largest island in Canada, the 10th-largest island in the world and the most northerly island in the Arctic Archipelago. It is located in Nunavut and is separated from Greenland by Kane Basin and Kennedy Channel, and from Devon Island to the south by Jones Sound.

Great Britain is the largest island in Europe and consists of three somewhat autonomous regions that include England, Scotland, and Wales. It is located east of Ireland and northwest of France in the Atlantic Ocean.

Victoria Island is an island in the Canadian Arctic Archipelago and straddles the boundary between Nunavut and the Northwest Territories of Canada. It is the 8th largest island in the world and Canada’s 2nd largest island. Victoria is a unique blend of old world charm and new world experiences offers visitors an escape from the hurried world and beams with ambience.

Honshu is the largest island of Japan, called the Mainland. It is the 7th largest island, and the second most populous island in the world after Java. Honshu is around 60% of the total area of Japan. It is larger than the island of Great Britain, and ranks between the states of Minnesota and Michigan in area. Mountainous and volcanic, Honshu has frequent earthquakes; the highest peak is the active volcano Mount Fuji at 3,776 meter (12388.5 ft).

Sumatra island is the second largest (after Borneo) of the Greater Sunda Islands, in the Malay Archipelago. It is separated in the northeast from the Malay Peninsula by the Strait of Malacca and in the south from Java by the Sunda Strait. The Indonesian island of Sumatra holds some of the richest and most diverse tropical forests on the planet, giving shelter to many rare species and providing livelihoods for millions of people. Protecting these forests and the amazing biodiversity one finds here is a WWF priority.

Off Africa’s southeast coast in the Indian Ocean, Madagascar is the world’s fourth largest island. The island is characterized by its early isolation from Africa and India and many of its plants and animals are unique to the island. Colonization didn’t begin until 200 BC through 500 AD.

The island of Borneo is the largest island in Asia and the world’s third largest island. It is divided among 3 countries: Brunei & Indonesia & Malaysia. Borneo, conjures up images of lush tropical rainforests, exotic and rare wildlife and the infamous headhunters of days gone by. While there is no possibility of losing one’s head anymore, a journey to Borneo is an exquisite glimpse into a land of rich diversity. Visitors can combine the delights of crystal clear waters, tropical islands and mainland coastal bays, with extraordinarily diverse mainland beauty – the highest mountain in South East Asia, Mt. Kinabalu, virgin rainforest conservation areas, waters, canyons, exotic wildlife, flora and fauna, and a myriad of adventure, cultural and eco-tourism activities to truly experience this tropical paradise. Source: asia-pacific-superyachts

New Guinea, island of the eastern Malay Archipelago, in the western Pacific Ocean, north of Australia. It is bounded by the Pacific Ocean to the north, the Bismarck and Solomon seas to the east, the Coral Sea and Torres Strait to the south, and the Arafura Sea to the southwest. New Guinea is administratively divided into two parts: its western half comprises the Indonesian propinsi (or provinsi; provinces) of Papua and West Papua (collectively, formerly called Irian Jaya); and its eastern half comprises the major part of Papua New Guinea, an independent country since 1975.. Source: Britannica

Greenland is the world’s largest island and almost eighty per cent of this self-governed area is covered by an ice cap and many glaciers. The ice-free area is still almost as large as the whole of Sweden but only a very small part of this is arable land. Greenland has less than 57,000 inhabitants of whom about 15,000 live in the capital Nuuk.