5 Oldest Trees In The World 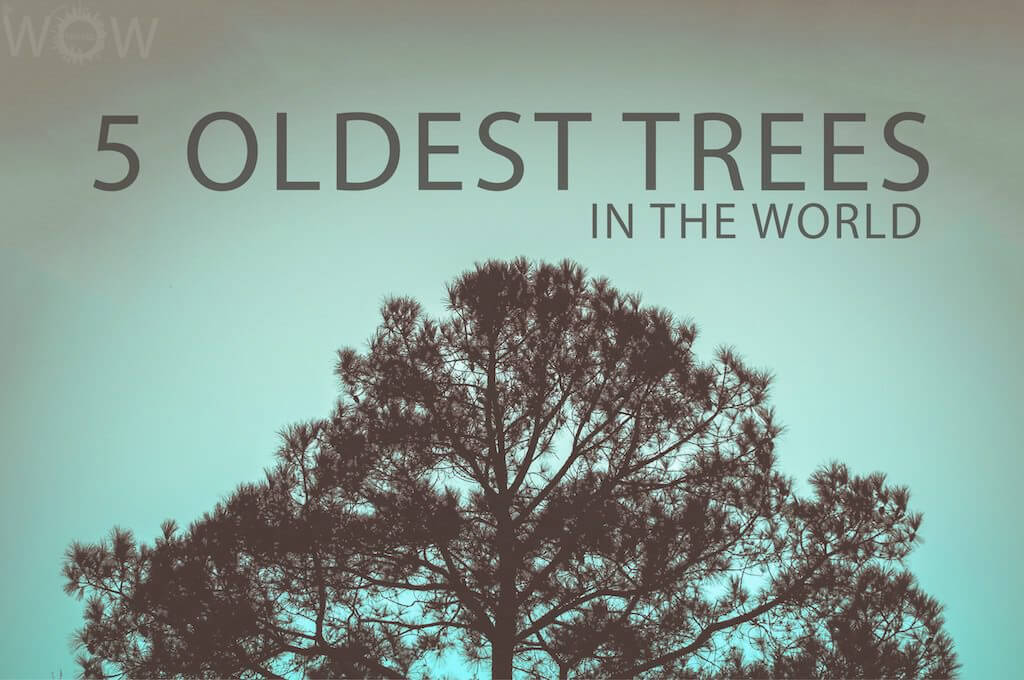 More than a list, the following is a tribute to these fearless guardians of the world. Find out which are the 5 Oldest Trees In The World.

The Alerce is a common name for Fitzroya cupressoides, a towering tree species native to the Andes mountains. There is almost no telling how old these trees can get since most of the larger specimens were heavily logged in the 19th and 20th centuries. Many botanists believe they are the second-longest living trees on Earth aside from the bristlecone pine of North America. To date, the oldest known living specimen is 3,640 years old.

The Cypress of Abarkooh, also called the Zoroastrian Sarv, is a cypress tree in Abarkooh, Yazd province. It is an Iranian national monument and tourist attraction standing an estimated 28 meters (91 ft) high and with a perimeter of 11.5 meters (38 ft) at its trunk and 18 meters (59 ft) higher up around its branches. Russian scientist Alexander Rouf has estimated its age as over four thousand years old and thus it may be the oldest living being in Asia. Some legends attribute its origin to Japheth, the son of Noah, while others believe Zoroaster himself planted it. Favorable natural conditions of its location has been credited as the main reason for the tree’s longevity, although it is now been enveloped by an urban park and is thus open to disturbances by unnatural elements.

The yew tree in St Digain’s churchyard Llangernyw is reputed to be 4000 years old. Conwy County Borough, the local authority have supplied a plaque recognizing the importance of this Ancient Yew Tree. Being 4000 years old it is one of the oldest living things on the planet. It is a grand old tree with masses of character and you can walk through it. Well, the tree has three main trunks which split off in different directions leaving room for careful visitors to step between them. Located in a churchyard it should hopefully stay safe for many more years to come. The churchyard also contains a pair of prehistoric standing stones.

At 4,847 years old, this ancient bristlecone pine is the second oldest known non-clonal organism on Earth. Located in the White Mountains of California, in Inyo National Forest, Methuselah’s exact location is kept a close secret in order to protect it from the public. (An older specimen named Prometheus, which was about 4,900 years old, was cut down by a researcher in 1964 with the U.S. Forest Service’s permission).

The world’s oldest tree, a 9,500-year-old Norwegian Spruce named “Old Tjikko,” after Professor Leif Kullman’s Siberian husky, continues to grow in Sweden. Discovered in 2004 by Kullman, professor of Physical Geography at Umeå University, the age of the tree was determined using carbon-14 dating. The tree’s stems live no more than 600 years, but its root system’s age was established using carbon dating and genetic matching. Elsewhere in the Fulu mountains, 20 spruces have been found older than 8,000 years.