8 Most Exciting Funicular Rides In The World 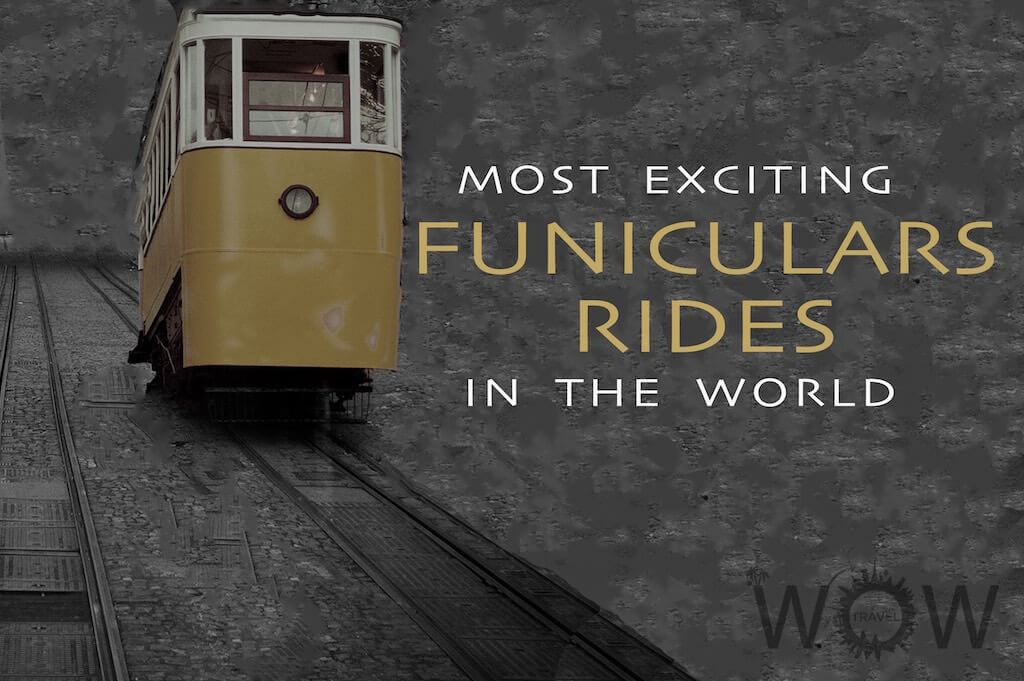 A funicular is like a cross between a cable car and a roller coaster that goes up and down a hill or mountain by various methods of propulsion from water to electric. These unusual modes of transport are pretty cool and since the Middle Ages, they have helped us reach the tops. Here is a list of the 8 Most Exciting Funicular Rides In The World.

The Zagreb funicular is the shortest funicular in the world! It connects the Lower Town and the Upper Town near Lotrscak Tower. The funicular was Introduced to the City of Zagreb in the 19th century, this is Zagreb’s most popular historical vehicle offers the most romantic ride to the Upper Town. It runs every 10 minutes from 6:30am to midnight daily .

The funicular railway is one of Norway’s most famous attractions. The trip starts from the city center of Bryggen and takes you to the top of Mount Floyen. Then you’ll be 320 meters above sea level. The Fløibanen funicular runs daily from early morning until 11 p.m. during the year. The funicular has easy access for prams/pushchairs and wheelchairs.

The Wellington Cable Car was established in 1902 and is New Zealand’s only historic funicular railway still in operation today. Take this short historic trip to enjoy stunning views from the lookout over the city & harbor Te Whanganui-a-Tara and easy access to many of Wellington’s top attractions.

A gradient of a maximum 106° makes this the steepest funicular in Europe. Built to transport the heavy construction materials for the Gelmer dam, the funicular is today open for adventure-seeking hikers and transports them up in no time up to 1,860 meters above sea level. Once at the top, a walk around the turquoise coloured lake is a must, or a hike up to the Gelmer hut for some more spectacular views. Source: grimselwelt

The Hong Kong Peak Tram is a fun way to get to Victoria Peak, one of Hong Kong‘s top tourist attractions. The entire ride at an almost vertical angle takes less than 10 minutes and brings you from the lower Terminus station in Central to the Peak, passing through the jungle of buildings in the lower portion to the greener parts of the island, until arriving at the upper terminal at the Peak Tower. Source: hong-kong-traveller

Elevador da Glória is part of Lisbon’s public transportation system. The elevator makes the connection between Restauradores Square in the downtown and Sao Pedro de Alcantarabelvedere on a 265 meters (869 ft) journey up or down the hill.

If you plan on traveling the hilly landscape of Italy’s third-largest city, Naples, a ride on the Naples Funiculars is an absolute must. It has four cable car lines that connect the city center with the Vomero and Posillipo hill districts.