Top 8 Things To Do In Zagreb 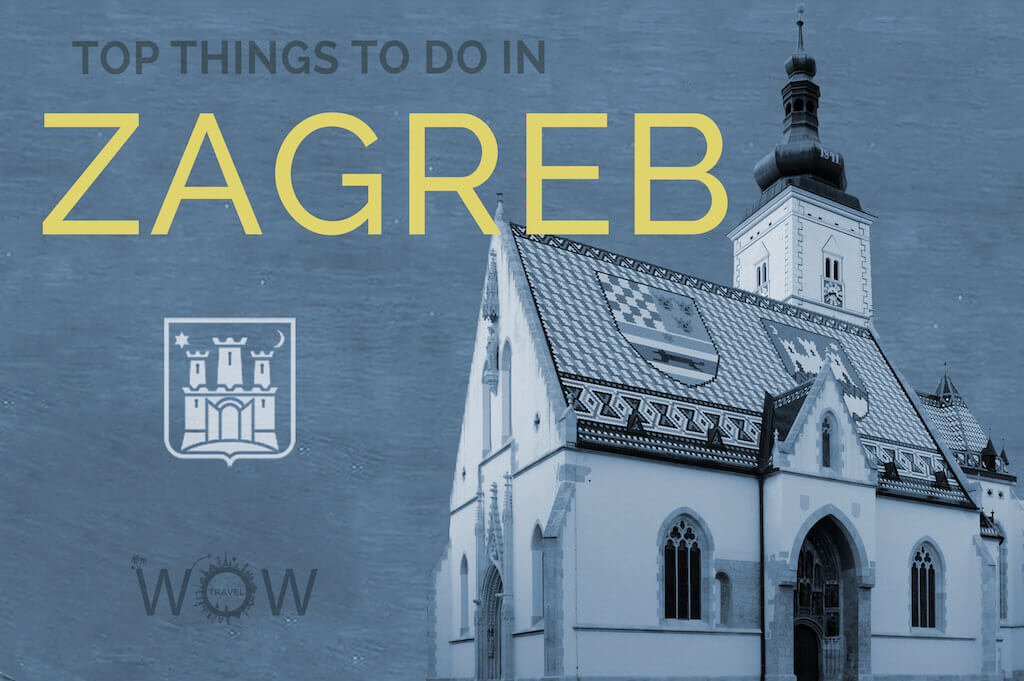 Zagreb, a true European treasure, is the largest city of Croatia and an important hub placed at the crossroads of Central Europe, the Mediterranean and the Balkans. It started as a small village named Andautonia 2000 years ago and it is now a fast-growing city and an important economic center. Most of the electric machines and devices, chemical, pharmaceutical, textile, food and drink manufacturers are located in this beautiful city. Zagreb is as well an international trade and business center. The old village look vanished decades ago to become a modern city filled with historical high-rise buildings such as the Neboder on Ban Jelačić Square, Cibona Tower and Zagrepčanka on Savska Street, Mamutica in Travno and the Zagreb TV Tower on Sljeme. Tourists will never get bored in Zagreb, its numerous museums reflect the history, art and culture of Croatian people. Since the end of the war, the city has attracted hundreds of thousands of tourists every year due to its history, architecture, numerous shops, boutiques, storehouses and shopping centers.

Zagreb may be a small city but its grandeur will captivate you. WOW Travel shares with you Top 8 Things To Do In Zagreb.

Ban Jelacic Square, officially known as the Trg Bana Jelacicam, is a huge square in the center of Zagreb Downtown pedestrian zone and the most common meeting place for people in Zagreb. The square has existed since the 17th century and it features buildings belonging to different architectural styles, such as classicism, secession and modernism. The oldest standing building is situated at 18 Ban Jelačić Square. In the middle of the square stands a statue of Josip Jelačić on a horse, created by Austrian sculptor Anton Dominik Fernkorn. Josip Jelacic is a Croatian hero who defeated the Hungarians in an uprising in 1848. His statue was erected in 1866 but was removed in 1947 after Yugoslavia was reformed post World War II till it was placed back on the square in 1990 just prior to the break up of Yugoslavia. On Saturdays, there is a very nice changing of the guard with mounted soldiers and walking soldiers with swords.

Mirogoj central Zagreb cemetery is located on the mountain Medvednica and is considered one of the most beautiful cemeteries in Europe. Mirogoj is also a beautiful park and art gallery open. Due to the large number of prominent people who were there found their resting place is called the Croatian Mirogoj Pantheon. The famous architect Hermann Bollé designed a form of cemeteries, using monumental composition of arcades, pavilions and domes, intertwined with rich vegetation.

Since 1850, when the first open-air farmers’ market in Zagreb was opened near the Cathedral, markets continue to play a central role in a life of its people. Today Zagreb has over 20 farmers markets. In fact, every neighborhood has its market, and each is still considered a belly of the neighborhood. The most popular among them is the central market Dolac, located just behind the main square. If you want to try other cool markets: Kvatric market is an intimate one, while Britanac is popular for hosting an antique market on Sunday. Source: TheCultureist

Gornji Grad is the historic district of Zagreb, Here you can find some of the most famous landmarks in Zagreb such as: square of St. Mark, Lotrscak tower, Stone gate (Kamenita vrata), Church of St. Mark, Ban’s Halls; a baroque palace which is main building of Croatian Government. Take a walk to Katarina Square, visit the museum of Modern Art or take a walk to Strossmayer Promenade.

This is the central point of nowadays Zagreb and this is where most of the city’s life take place. It is full of old beautifully decorated buildings one after the other as you stroll down the streets, lots of shops, parks, wide variety of outdoor restaurants and cafes and a flower market.

A tour to Zagreb will remain incomplete without visiting the Medvednica mountain. The wooded slopes of Mount Medvednica, or “Bear Mountain”, provides breathtaking views of Zagreb and offer the easiest escape from the city. With the range’s highest peak, Sljeme (1033 meter / 3389 ft) is easily accessible on foot or by road. Along the way you have nice views of the city and places on the road where you can stop and enjoy the view.

The Zagreb Cathedral on Kaptol is a Roman Catholic institution and the tallest building in Croatia. The cathedral is typically Gothic, as is its sacristy, which is of great architectural value. Its spires can be seen from many locations in the city.

Jarun Lake, situated southwest of Zagreb in the neighborhood of Jarun, is formed by an inlet of the Sava River. The lake is the primary spot for many outdoor activities such as boating, rowing, sailing, windsurfing, swimming, jogging, skating and skateboarding. On the outskirts of the lake, there are many restaurants and nightclubs that remain open well into the early hours of the morning. The lake can be easily accessed by a tram.