A Visit To A White Desert Called Antarctica 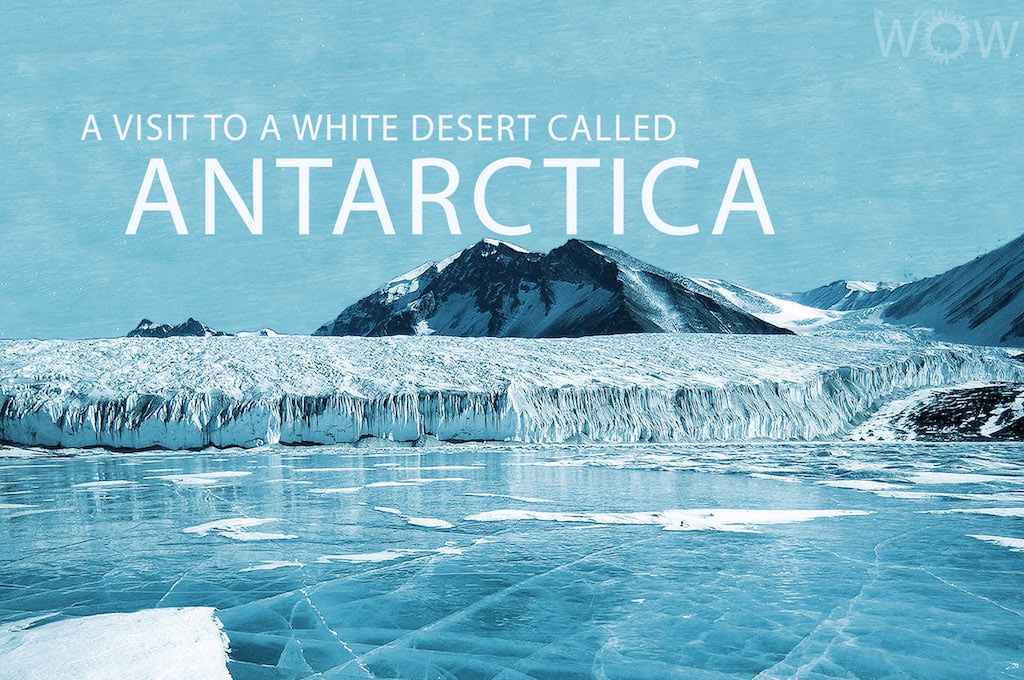 Antarctica is not only the fifth largest of all continents, but it is also the highest and windiest continent. There are basically two kinds of people wandering around the South Pole: (Santa and his elves are not some of them) those who live there due to scientific research and tourists. Nobody lives in Antarctica permanently in the way that we do in the rest of the world and it is without a doubt because of the lowest temperatures in the entire continent. The coldest day ever recorded in Antarctica was -89.2° C (-128.6° F) on July 21st, 1983 at the Russian Vostok base at the Southern Geomagnetic Pole.

This region enjoys two seasons: summer and winter. In the summer days, it is always sunny with an average temperature of 0° C (32° F). In winter, Antarctica is on the side of Earth tilted away from the sun so the continent is always dark. Nevertheless, travelers have always a reason and a way to reach this remote destination and to take pleasure in what it has to offer.

There are many ways to explore Antarctica, one of them is boarding a cruise in Ushuaia, make sure to take some time to enjoy Tierra del Fuego National Park, which is located 11 km (seven miles) west of the city.

Travel through the Drake Passage to the South Shetland Islands to see unbelievable and breathtaking landscapes. There is not much flora but the fauna will astonish you.

Take a stroll along the shiny white shores where thousands of Royal penguins nest. The breeding season begins in September with laying starting in October.

Try climbing to the top of a craggy hill for a spectacular view of Port Lockroy or for those who think they can bear it, Polar Plunging is a once-in-a-lifetime experience and opportunity.

Last but not least, Zodiac Cruises to Antarctica is our favorite activity. Jump on a zodiac and join a guided shore excursion, navigate through icebergs and who knows? You may be lucky enough to spot one of the eight species of whales found in Antarctic waters. That was by far the highlight of our Antarctic holiday.

Bundle up and go south, now!