Bordered by Nigeria to the west and north, and Chad to the northeast, Cameroon situated in Central Africa is one of the more stable regions this side of the African continent. Slightly larger than Sweden and California, the 53rd largest country in the world is divided into 10 semi-autonomous regions. It was named Rio dos Camoroes (Shrimp River) by Portuguese sailors when they noticed an abundance of ghost shrimp in the Wouri River. This name was later translated to Cameroon in English.
The French part of the country gained its independence from France in 1960 and British ruled Southern Cameroons soon followed in 1961. Although the official languages of this region are French and English, there are over 250 languages spoken here. English however, has proved to be a sort of cultural divide in recent years with the Anglophone region demanding independence.
One of Cameroon’s greatest claims to fame is its successful national football team which has made it to the FIFA World Cup seven times. Apart from football, the country is also renowned for Makossa and Bikutsi styles of music. While Makossa is more of soul and folk music, Bikutsi originated as war music. Like most parts of Africa, music and dance are a way of life here, with dance forms ranging from religious to pure entertainment.
The cultural and geographical diversity of the region, exhibiting all major climates and vegetation, has often resulted in Cameroon being referred to as ‘miniature Africa.’ The country has been blessed with some of the more envious landscapes of the continent such as mountains, thick rainforests, savannas, and white sandy beaches. It’s not all ‘vacationer’s paradise’ in this part of Africa though, with its fair share of arid deserts and active volcanoes. However, rather ironically, the coastal plain of Cameroon which is densely forested has some of the wettest places on earth. 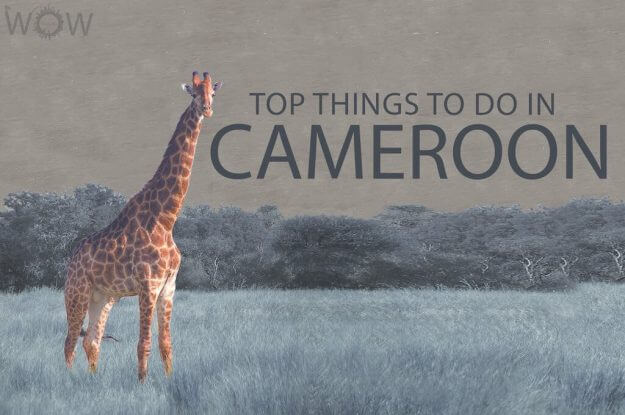 Top 10 Things To Do In Cameroon

Situated in Central Africa, Cameroon is a beautiful country with active volcanos, natural resources, amazing wildlife, rainforests and beaches. There are so many places that will capture your attention and give you a real African experience as it also mixes with modern culture.[booking_product_helper shortname=”cameroon”] Mount Cameroon 1 The best way to start your experience in…