Top 10 Things To Do In Cameroon 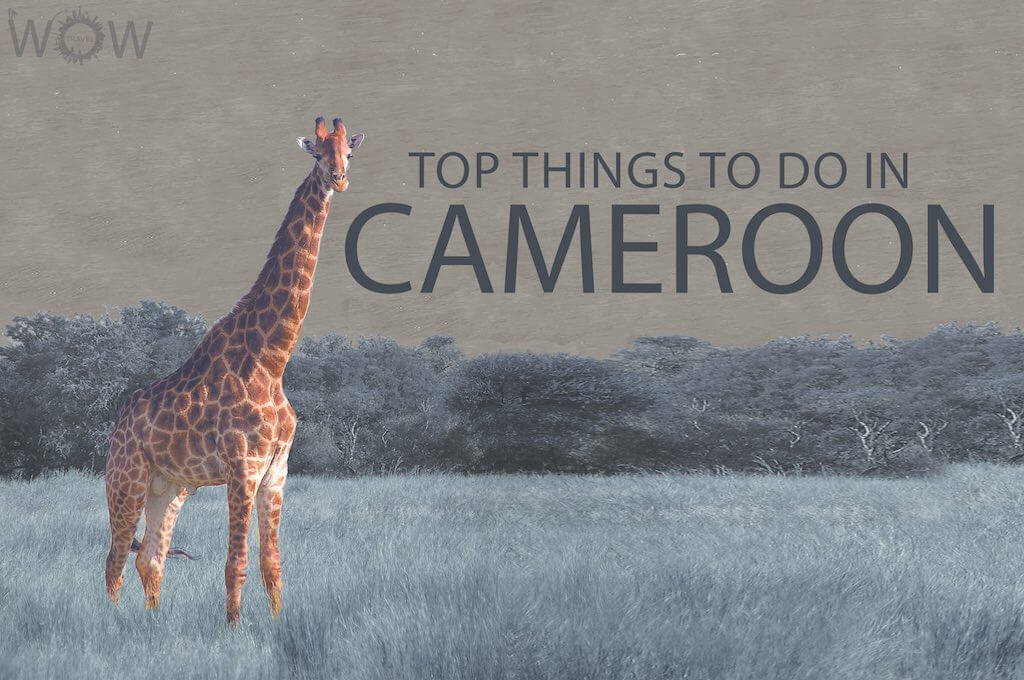 Situated in Central Africa, Cameroon is a beautiful country with active volcanos, natural resources, amazing wildlife, rainforests and beaches. There are so many places that will capture your attention and give you a real African experience as it also mixes with modern culture.
[booking_product_helper shortname=”cameroon”]

The best way to start your experience in Cameroon will be to visit its biggest symbol, Mount Cameroon. The 4,045 meters (13,255 ft) mountain is located in the Southwest region of Cameroon in Buea, and is the largest mountain in West Africa. There’s an annual mountain race known as the race of hope, but you can always be opportune to have access to the mountain with a guide to accompany you.

The Limbe Wildlife Center serves as an orphanage home and a recovering center for rescued gorillas, chimps, mandrills, olive baboons, red-capped mangabeys, guenons, and vervet monkeys. You can also find reptiles and a variety of birds.

The Down Beach in Limbe is a unique beach with black sand. Limbe is known as a friendly and welcoming town for tourists, you’ll find several restaurants and shops with traditional souvenirs.

Cameroon has a variety of national parks, but the one that stands out the most from the others is Waza National Park. Founded in 1934, in Waza National Park you’ll find lions, elephants, cheetahs, hyenas, wild dogs, antelopes, buffalo, rhinos and giraffes.

You can take a trip to the Foumban Royal Palace that was built by the Germans during the German colonization of Cameroon. The captivating Sultan’s palace that was completed in 1917 has a museum which houses artifacts from the life of King Ibrahim Njoya and his legacy.

The Ekom-Nkam waterfalls featured in Greystoke the legend of Tarzan which was released in 1984. The site is an oasis of nature as it is complemented with thick vegetation all around.

This is a lighthouse that was built by the Germans and has been around for a century. It was built in 1906 in order to help the ships that were used to trade rubber and ivory navigate the area, you can go right up to the top of the lighthouse which is 15m (45 ft) tall.

Chutes de la Lobe in Kribi is the only waterfall in the world where the waterfalls directly into the sea. you can also find the local people carrying out their day to day activities and are quite welcoming to visitors just enough to make you feel at home.

Korup National Park is the oldest rainforest in Africa. You can find all sorts of animals here including the Preuss’s Red Colobus monkey which is one of the rarest primates in Africa, With magnificent scenery, you can see a lot of fauna and flora.

Lake Barombi Mbo or Barombi-ma-Mbu is a lake near Kumba in the Southwest Region of Cameroon. It is located in the Cameroon volcanic chain, and is the largest volcanic lake in this region. It is one of the oldest radiocarbon-dated lakes in Africa, with the youngest lava flow in it being about one million years old.