Climbing The Steepest Street In The World 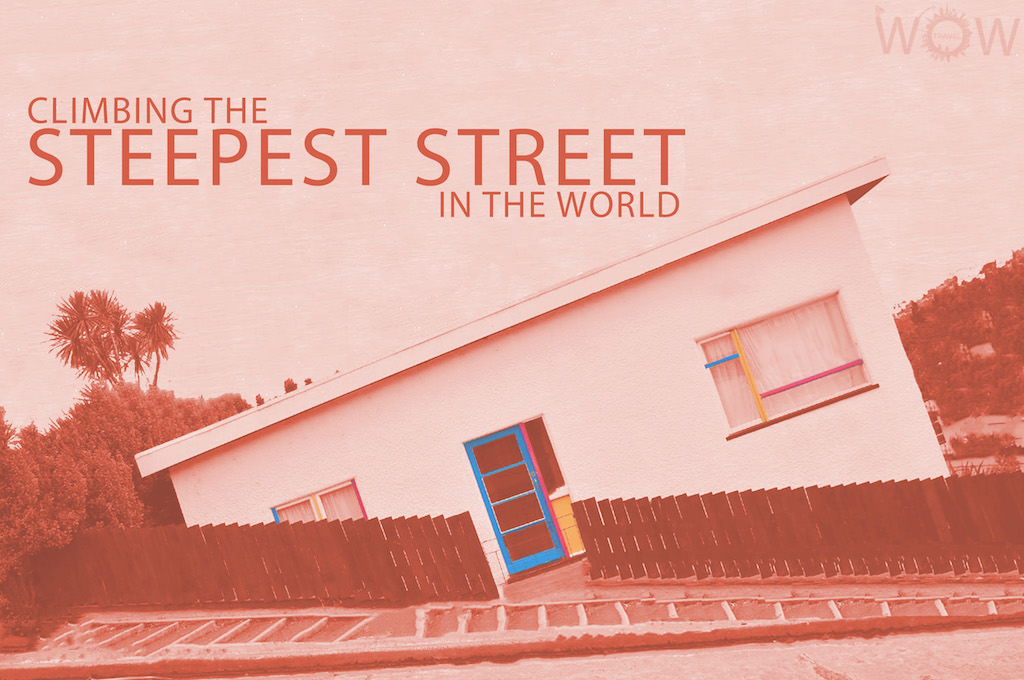 Despite popular belief, San Francisco doesn’t have the steepest road in the world (or even in the U.S. for that matter). Of course, what’s defined as “steepest” is certainly up for debate. But, Baldwin Street, located just a few minutes northeast of downtown Dunedin, New Zealand is reputed to be the world’s steepest residential street, according to the Guinness Book of World Records.

Baldwin Street’s claim to fame came about quite by accident. When British surveyor Charles Kettle, who had no idea of the topography of the city, drew up road plans for Dunedin during the mid-19th century. Dunedin’s erratic topography, however, was less than ideal for the street system that had worked so well in Scotland. Nonetheless, city planners forged ahead and ended up with Baldwin Street.

It is so steep that the steepest part can not be sealed with asphalt. In fact, when it was designed, specially grooved concrete was used, because asphalt would run down the hill on a hot day.