Scottish food has been reinventing itself with its well-stocked pantry of fresh produce. Renowned chefs stir up a feast with fresh catch from the waters that abound. While ‘haggis’ is still big on the menu, Scottish cuisine has diversified. A popular accompaniment to any meal is Scotland’s national drink, whiskey. There is so much that goes into making the perfect golden liquid that it has earned a legendary status.

The true flavor of Scotland is not just in its famed distilleries but also in the beautiful outdoors where golden eagles soar high above the lochs and mountains. You can easily lose yourself in the beauty that is the Isle of Skye. Dramatic craggy slopes of the Cuillin Hills, velvet moors punctuated by sparkling lakes (lochs) and looming sea cliffs all make for great photo ops here.

Scotland’s lochs have inspired poems and songs with their mystical beauty. Their mist-covered waters have also conjured up monsters, such as the infamous Loch Ness monster. However, there is no denying their haunting beauty. One of the most beautiful lakes is Loch Lomond, just an hour’s drive from bustling Glasgow. Part of Scotland’s first national park, the lake with its speckle of islands and bluebell shores is a treat for the eyes.

The Scottish Highlands with their rich history has also been the inspiration behind many creative minds. Stunning mountain scenery topped by the highest peak in the British Isles, Ben Nevis, tumbling waterfalls, wooded glens and isolated castles, add to the allure of this region. Step back in time at Inverness, the main city of this region.

Scotland is as much about its cities as it is about the outdoors. History resides in the stunning castles and monuments that characterize its cities. From the oil-rich granite city of Aberdeen and the waterfront of Dundee, to Scotland’s gorgeous capital Edinburg, the cities will entrap you with their warmth and history. 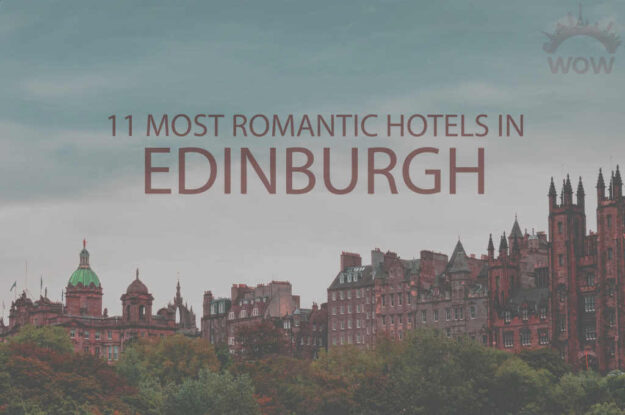 11 Most Romantic Hotels in Edinburgh

Do you want to whisk your significant other away on a romantic Scottish break? Then Edinburgh is the perfect destination to do so. The spellbinding Scottish city overlooking the Firth of Forth in the North Sea makes for a beautifully romantic backdrop. While it does have enchanting history and cobblestoned streets, how about taking the… 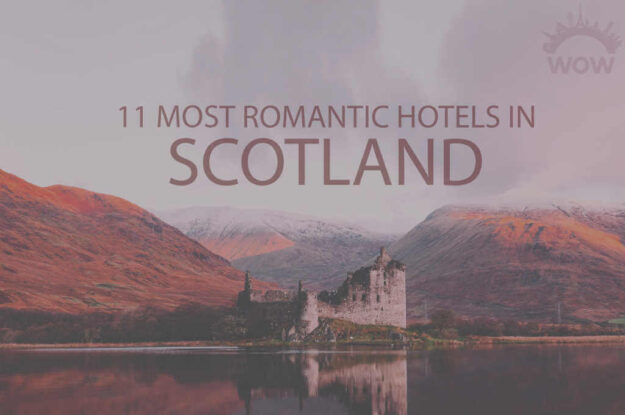 11 Most Romantic Hotels in Scotland

With wild hills, sprawling greens, beautiful lochs, and the dramatic coast and sea, Scotland is second to none when it comes to natural beauty. Add to that vibrant cities and towns, historical monuments, and delicious cuisine, and you get a heady mix that makes it an excellent romantic destination. Furthermore, you have no dearth of…

Come summer, and visitors from around the world flock to Inverness with the hope of a monster sighting at nearby Loch Ness. The legendary monster in the lake has been luring visitors to this part of the world for years. Not surprisingly, the best hotels in Inverness Scotland are quite full in summer. However, there…

Aberdeen is also known as Granite City, because most of the buildings use granite in their construction. There’s so much to explore, especially in the Aberdeen city center. And if you’re looking for the best hotels in Aberdeen city center, you come to the right place! We’ll show you all the most excellent hotels in…

A picturesque city, Inverness is an ideal base from which to explore the north of Scotland. It’s a beautiful city buzzing with easily-accessible nature, culture, and more. It’s packed with history too, as it’s close to the location of 2 important battles and the famed Loch Ness. Plus, the majestic blue water of the River…

Deep in the far north of Scotland, you’ll spot the small bustling port city of Aberdeen. Also known as the Granite City because of its granite stone buildings, Aberdeen is home to only less than 250,000 people. Despite its size, there are plenty of castles, parks, and museums in the city. Each year, thousands of…

Once known as an industrial city, Glasgow has now evolved into the cultural center of Scotland. The city on the Clyde River is a vibrant and welcoming place. It explodes with characters, personalities, and ‘unparalleled experiences. Furthermore, its Gaelic name means a lovely green place and sounds so appropriate. Scotland’s largest metropolis has no less…

Edinburgh isn’t just the capital of Scotland, but it’s also one of the most gorgeous cities in the country. It’s the type that you’ll instantly fall in love with at first look. This city is a super popular destination, especially in August during its Festival season, where it’s nearly impossible to find available accommodations. From…

Edinburgh, nicknamed ‘Athens of the North’ is not just Scotland’s capital but also its cultural nucleus. Cobblestoned streets and medieval castles sit amidst a lush woodland landscape overlooking the Firth of Forth. The gorgeous city brims with nooks that entice you to explore just a bit further. Edinburgh also boasts a playful, down-to-earth vibe, which…

Looking to splurge on accommodation? Or are you traveling on a budget? No matter the case, you can easily find a hotel with pool in Edinburgh. Here, start the day with a few laps before exploring Scotland’s capital city. Or, unwind after a day of sightseeing with a poolside cocktail. Clearly, booking a hotel with…

Top 8 Things To Do In Glasgow

Glasgow (means ‘dear green place’) is Scotland’s largest city and is renowned for its culture, style and the friendliness of its people. We walked into shops, hotels, restaurants, galleries – every Glaswegian we encountered was extremely friendly, so we are not surprised that Glasgow recently voted the ‘friendliest city in the world’. Glasgow is one of…

Top 7 Things To Do In Edinburgh

Edinburgh is one of Scotland’s most beautiful cities, known for the Edinburgh Castle, National Gallery, St Giles Cathedral, Edinburgh Zoo and National Museum of Scotland but this incredible metropolis is more than that. It is one of the most popular destinations in Europe for conventions. In the past 2 years Edinburgh hosted more than 151…