Top 7 Things To Do In Edinburgh 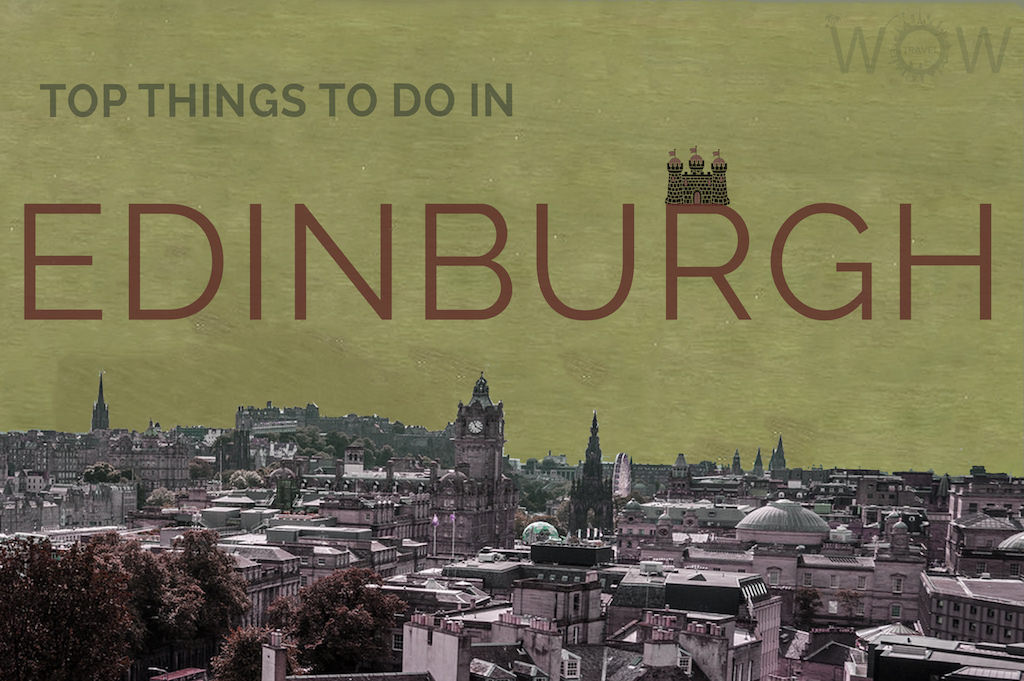 Edinburgh is one of Scotland’s most beautiful cities, known for the Edinburgh Castle, National Gallery, St Giles Cathedral, Edinburgh Zoo and National Museum of Scotland but this incredible metropolis is more than that. It is one of the most popular destinations in Europe for conventions. In the past 2 years Edinburgh hosted more than 151 conferences. The city is as well a major tourism destination and receives over 4 million visitors annually. The city is prepared with amazing hotels and excellent restaurants, Edinburgh has more Michelin star restaurants than any other city outside London.
We have put together a nice list of places to visit and things to do in Edinburgh, arguably the most beautiful city in the United Kingdom, so we hope you will find them both interesting and useful when considering Edinburgh as your next vacation.

Camera Obscura Edinburgh gives tourists that unique photo opportunity that they’re looking for. Visitors have been visiting the site of this attraction since 1853! Entry to this unusual venue includes the Camera Obscura show as well as the chance to check out a bird’s eye view of Edinburgh at the top of the watch tour.

With over 1,000 animals from every corner of the globe, including giant pandas, a visit to Edinburgh Zoo is a fantastic family day out. Meet the penguins at the famous Penguin Parade and get closer than ever before to chimpanzees at the new state-of-the-art Budongo Trail.

Majestic Edinburgh castle sits on the top of the Royal Mile, built on an extinct volcano. The castle is one of the most iconic structures of the city. Wander around the Great Wall, Crown Jewels and Margaret’s Chapel, there’s a large amount of historic culture to learn.

An 80 minute tour through 1000 years of Scottish history via 2 underground rides and 11 live shows. Deep beneath the pavement at locations across Europe, chilling tales and petrifying aspects of their history are re-enacted, providing eerie, spine-chilling fun for anyone who dares enter the world of the Dungeons.

The parliament’s striking design is somewhat incongruous to its surroundings – a complex of contoured buildings and landscaped parks, punctuated by futuristic embellishments. The home of Scottish democracy enjoys a huge amount of visitors, largely thanks to its free guided tours.

The Royal Botanic Garden Edinburgh (RBGE) was founded in the 17th century as a physic garden. Now it extends over four gardens boasting a rich living collection of plants, and is a world-renowned center for plant science and education.

Take a short walk up one of Edinburgh’s best sightseeing locations to appreciate the panoramic view of Edinburgh’s city center skyline. The top of Calton hill is usually a quiet place to come on any day and is unmistakable with its Athenian acropolis poking above the skyline.