Is Cyprus a country and is it a part of Europe, are questions that are often asked of the island nation located in the Eastern Mediterranean. Officially known as the Republic of Cyprus, the strategic location of the third most populous island in the Mediterranean has resulted in it being in the eye of the storm throughout history, with many rulers vying for a slice of this piece of heaven.

Often compared to Greece because of its sun-kissed beaches, stunning natural scenery, and gastronomic delights, Cyprus, however, has a distinct identity of its own. The country’s long and often tumultuous history adds a unique layer to its lure. Initially settled by the Mycenaean Greeks in the 2nd millennium BCE, the island has since been the home of many major powers who invaded and occupied its land, leaving behind their indelible imprints.

The island country of Cyprus is a history aficionado’s delight with its ancient riches scattered across the land. While ancient Kourion is one of the top spots to visit, remnants of Neolithic dwellings, Phoenician tombs, Byzantine churches, and mountaintop castles will also leave you in equal awe.

Cyprus’ modern-day history, however, is a poignant reminder of how power can divide. The Cypriot Greek South and the disputed North, occupied by Turkey, may appear starkly different, yet there is a common thread of tradition, food, and family that unites them. Another common trait on both sides of the Green Line is the distinct Cypriot hospitality that embraces with its warmth.

Nicosia, Cyprus’ capital city is another fascinating place as it has the distinction of being the last divided capital in the world. On the surface, it may appear like any other city but look closer and you’ll see the physical barrier that divides the two parts. Hopping between the two sides of Cyprus’ capital city has become relatively easier in recent years with a quick flash of your passport. It’s fascinating to experience how a city that shares the same history and heritage has become so intrinsically different by a physical divide.

Besides its cities and ancient wonders, the country of Cyprus is as much about the great outdoors. Rolling meadows, lush vineyards, and pine-clad mountains share space with endless stretches of sand, surrounded by stunning blue waters. There is no doubt that Cyprus is a slice of heaven waiting to be explored. 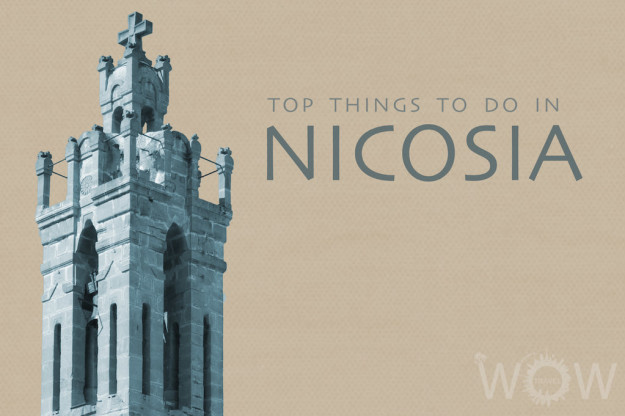 Top 9 Things To Do In Nicosia

Also known as Lefkosia, Nicosia is the capital city of Cyprus and it is split in half, the northern side filled with Turkish Cypriot communities, and the southern side home to Greek Cypriots. Nicosia is a great vacation destination with a beautiful Old City, fascinating museums, bustling pedestrian streets and great restaurants. There’s something magical…