Top 9 Things To Do In Nicosia 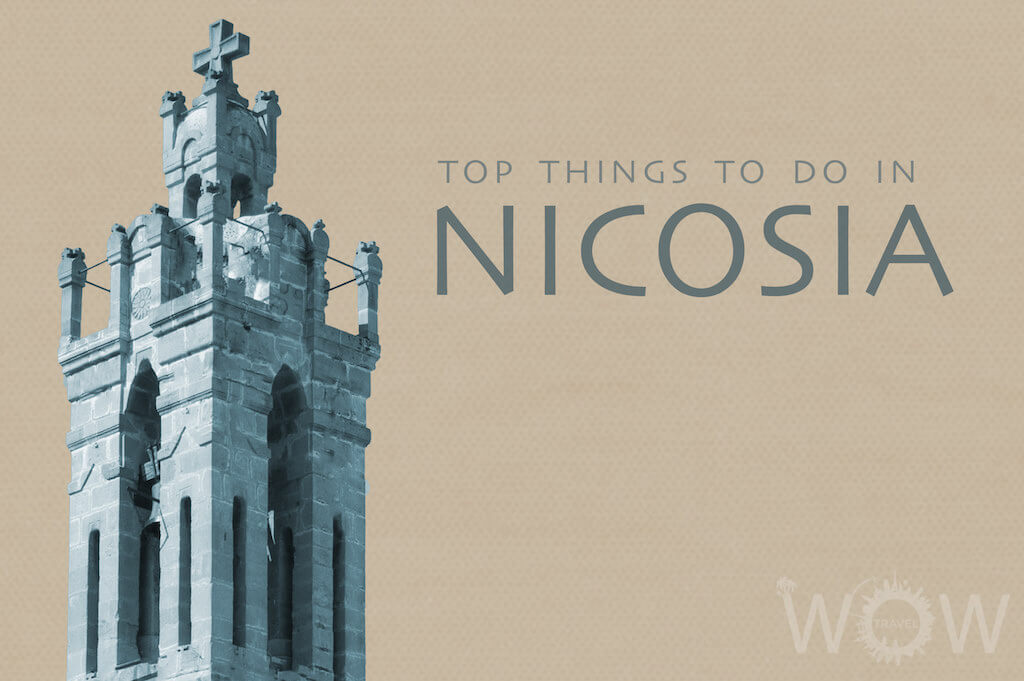 Also known as Lefkosia, Nicosia is the capital city of Cyprus and it is split in half, the northern side filled with Turkish Cypriot communities, and the southern side home to Greek Cypriots. Nicosia is a great vacation destination with a beautiful Old City, fascinating museums, bustling pedestrian streets and great restaurants. There’s something magical about that Mediterranean water. Enjoy our list of the Top 9 Things To Do In Nicosia.

Famagusta Gate is the largest and most imposing of the three gates of the Venetian walls surrounding the old city of Nicosia. It was built in 1567 by the Venetians to defend the city against the Ottoman Turks. In 1980 the Council of Nicosia decided to restore the gate and re-use it as a cultural center.

The first walls surrounding Lefkosia (Nicosia) in the 14th century were built by the Franks and enclosed a much larger area than the 16th Venetian Walls that still surround the old town. When the Venetians occupied Cyprus, they decided to demolish the Frankish Walls because they were old and did not offer adequate defense against new weapons such as artillery. The Frankish Walls were also too big to be manned by the Venetian army and too close to the hills in the east and southeast of the city. Forming a circle, the walls built by the Venetians were fortified by eleven heart-shaped bastions and protected by an 80 meters wide moat. They were built of mud-brick, with the lower part only buttressed by stone. When the Ottomans occupied Lefkosia (Nicosia), they repaired the walls and covered the upper part with stones. The moat around the walls now has many different uses, serving as sports fields, public gardens, an open-air sculpture exhibition, car parks, etc.. Source: visitcyprus

The mosque dates back to the 14th century. It was originally erected by the Augustinian Church of Saint Mary but was destroyed during the Ottoman conquest. It was restored as a mosque due to the belief that the Prophet Omer rested here during the 7th century. The muezzin still calls the faithful to prayer five times a day. Source: mycyprusinsider

Chrysaliniotissa Crafts Centre is a complex of 8 workshops around a central courtyard which are designed on the basis of a traditional inn and architectural concept.

Laiki Geitonia, a neighborhood in the old area of Nicosia between the east of Lidras Street and north of the D’Avila Bastion. Its narrow cobbled streets are full of churches and traditional Cyprus architecture, many restaurants, bars and souvenir shops.

Makarios Avenue, named after the first President of Cyprus, js the shopping district in the center of Nicosia, filled with high-end boutiques and big-name fashion brands. walk along Makarios Avenue and Stassicratous Street with its upscale clothing and jewelry boutiques, 2 shopping center and the famous Woolworth department store.

Built in the 16th century, Büyük Han (The Great Inn) is a very beautiful stone building with two stories built around a central courtyard. It is one of the most important architectural works of the Ottoman period and it is located in the traditional market center within the City Walls. The view of the inn from the rear and so much of its appearance is like a grim fortress, that in the old colonial days, the British used this khan as Nicosia Central Prison.

Faneromeni Church was built in 1872 on the site of an ancient Orthodox nunnery. It is the largest church within the old city walls in Lefkosia and is a blend of neoclassical, Byzantine and Latin styles.

Crossing the border used to be frowned upon by the authorities but the opening and renovation of the Ledra Street crossing now makes a trip into the northern part of the city much easier. Almost immediately you’ll be hit by the ‘third world’ feel of the place with dirty dilapidated streets and the air of poverty that pervades many of the people. Sights to see include the Buyuk Han former caravanserai, now galleried shops and cafes and the Selima Mosque, formerly Nicosia’s St Sophia Cathedral. Source: rhinocarhire.