The 10 Most Beautiful Greek Islands 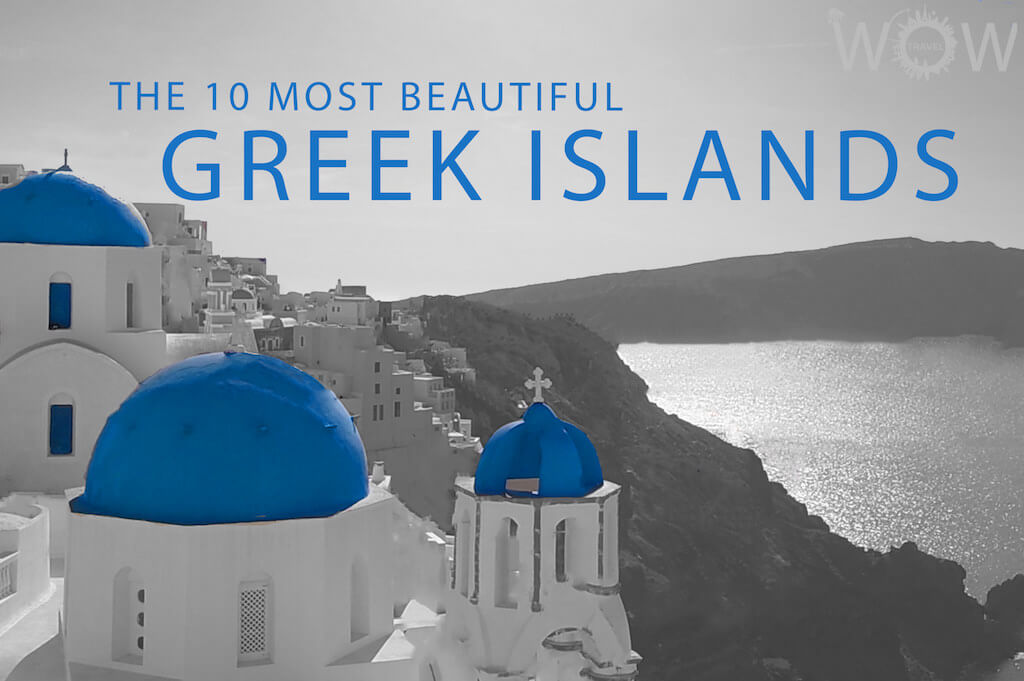 Greece is best known for its 3,000 islands, of which approximately 170 are populated. Each one has an attractive and varied landscape, from lush greenery to protruding cliffs. Those islands are famous for their laconic beaches, crystal-clear water, party towns and traditional villages with winding cobbled streets, populated by idyllic whitewashed buildings. Having hundreds of islands to choose from, making the list of the 10 Most Beautiful Greek Islands was extremely difficult.

The green and the lush island of Kos offers lovely beaches, pretty villages, interesting sights and great nightlife. Kos is one of the best islands in Greece when it comes to a typical beach holiday.

Skiathos is a small picturesque island. There are over 60 sandy beaches, including the highly acclaimed Koukounaries Beach along the coastline. Skiathos offers natural beauty with stunning views of neighboring islands, secluded beaches even in high season, a cosmopolitan nightlife, and superb Greek and international cuisine.

The island of Corfu, The second largest of the Ionian Islands,  is located just off the West coast of Greece. Corfu enjoys a mild Mediterranean climate along with excellent beaches making it a popular destination for holidaymakers. Corfu Town is the largest and most important town on the island and an UNESCO world cultural heritage site. The three forts of the town, designed by renowned Venetian engineers, were used for four centuries to defend the maritime trading interests of the Republic of Venice against the Ottoman Empire.

Rhodes, in the Dodecanese island chain located near the coast of Turkey, is an island that is rich in history, covered with large swathes of parkland, forest and beaches that cater to all different tastes. Rhodes island offers it’s visitors a history that goes back in time thousands of years, to the ages of mythology. From its medieval Old Town, the Temple of Apollo and the Acropolis of Lindos, to the Governor’s Palace and Rhodes Footbridge. Rhodes has always had the longest season of any of the islands, lasting from the beginning of April until the end of November. But you could visit Rhodes from December until the end of March and have a good time too. Make your visit unforgettable by staying at one of the 11 Best Hotels in Rhodes Island.

Crete, the largest and most populous of the Greek islands, is among the top tourist destinations in Greece. It has rugged mountains, gorgeous valleys, endless beaches and turquoise seas. It is a quite distinct place full of vitality, warmth, hospitality, culture and  so much history. Here you can admire the remnants of brilliant civilizations, Crete is home to the legendary Palace of Knossos. The Bronze Age complex is considered Europe’s oldest city, dating back to 7000BC.

Milos is one of the five largest islands of Greece. It is known for its history, geology, hot springs, mineral mines and wild goats. With more than 75 small and big beaches of crystal, deep blue waters, multi-colored carved rocks and white-yellow coasts, it is certain that you will be impressed. Due to the volcanic origin of its ground, Milos presents an impressive coastal morphology and diversity. There  are white-yellow beaches, bays with pebbles surrounded by stones, and white, red, yellow or black rocks. The sea there has distinctive colors and depths and there are organized beaches for swimming or you can choose more isolated and wild ones. It is certain that the  island’s clear waters and its beaches of incomparable beauty will offer you an unprecedented experience. Source: milos.gr

Paros is a traditional Greek island, situated in the center of the Cyclades islands. The Parian wine is famous and of course, there are wonderful beaches. Many travellers prefer to stay in the island’s capital Parikia, which is a beautiful village with sparkling white houses and little streets you can wander around in. The harbour is very busy, since almost all ferryboats make a stop here. For obvious reasons, this makes Paros a perfect place for island hoppers. Others prefer the smaller villages, especially the little fishing village Naousa. The fishing boats are everywhere, since fishing is the traditional source of income for the islanders. The Parian marble is famous since ancient times, and has also provided the island with a good income. Paros is characterized by the many beautiful beaches, some are hidden, tiny little bays, enclosed by extraordinarily “sculptured” rocks (“Kolimbithres”), others are long and wide. Source: in2greece

Náxos is the biggest and the greenest island in Cyclades with impressively high mountains, fertile valleys, lush green gorges, stunning seascapes and traditional villages perched high on mountain tops. The capital of Náxos, whose landmark is an imposing Venetian castle, is an old castle town with stone paved alleys (kalderímia) where you can admire a unique blend of Cycladic and Medieval architecture: mansions with Venetian blazons still decorating their entrances, narrow alleys with “stegadia” (arches), catholic churches and fortifications. Make sure to visit Apollonas, the port of the settlement of Komiaki on Naxos’s northeastern coast. Featuring picturesque white houses spreading behind an attractive sandy beach, hotels, tavernas and cafes, it is suitable for relaxing breaks and as a base for exploring the surrounding area which is replete with unique sights. Source: Diego Martínez

Among the most beautiful Greek islands, Mykonos island is located almost in the center of the Cyclades complex. It is particularly famous for the cosmopolitan atmosphere, the exciting nightlife, the picturesque Cycladic architecture and the magnificent beaches that make holidays in Mykonos a magnificent experience. There are many things to do in Mykonos Greece, an island perfect for people of all ages: walk along the narrow streets of Chora, see the sunset from Little Venice, stay in luxurious hotels and swim in exotic beaches. Super Paradise, Paradise and Kalo Livadi are fabulous places to swim and spend a day under the hot sun. In the evenings, head to Mykonos Town and enjoy a night out in the many bars and clubs. Source: greeka

Santorini’s group of islands consists of Thera, Thirasia, Aspronisi, Palea and Nea Kameni islands and is located in the most southern part of the Cyclades in the Aegean Sea. Out of all the thousands of Greek Islands, Santorini is probably the most magical one, enveloped in mystery and charm. Santorini is a world-famous destination that will fascinate you with its amazing sunsets, red cliffs, black beaches, white windmills, and blue domes. It has some of the most unique geographical characteristics of any other island in the world, it was formed by a series of volcanic explosions over the course of thousands of years.