The 12 Most Fascinating Zoos In The World 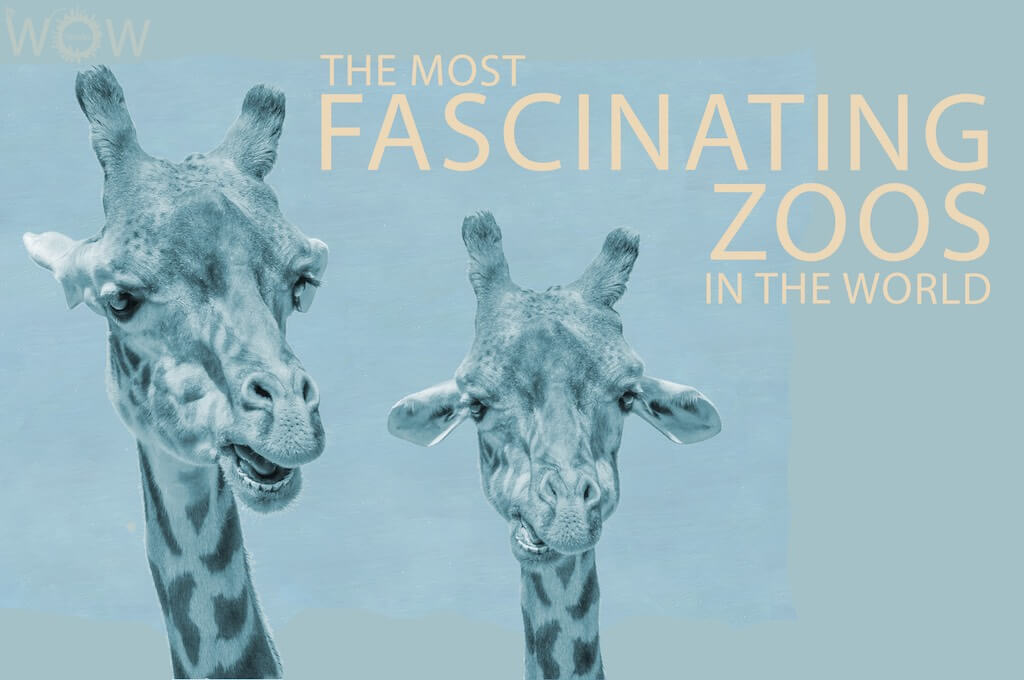 Zoos have always been one of the most popular places for a family outing. Almost everyone has visited a zoo at some point in their lives. Both adults and children have long been fascinated by animals; nothing can compare to watching a wild animal up close and live. Gone are the days when a visit to the zoo meant watching an animal through the bars of a cage. Zoos these days have gone the distance to create as natural an environment for these captive animals, making the visit to the zoo even more enriching. The 12 zoos listed below are not only fascinating because of the large size of their area and animal collections but also because of the steps that they are taking towards the conservation of endangered and threatened species.

This zoo designed to resemble a typical rainforest is best known for being “cage-free and open.” This doesn’t mean that you’re going to walk straight into a wild beast, but what it means is that the animal enclosures are open and natural. A deep ditch or a moat keeps the animals at a safe distance from humans. The Singapore Zoo is also widely known for its conservation initiatives as 34% of the 300 species in the zoo are endangered. More than 2,400 specimens and over 300 species inhabit the zoo. One of the interesting concepts of the zoo is Jungle Breakfast with Wildlife where you can choose to have breakfast with the orangutans.

Located in Omaha, Nebraska, the zoo is well known for its large enclosures and the number of largest themed spaces in the world. The Lied Jungle which occupies a 24 meters tall building spanning 1.5 acres is one of the largest rainforest exhibits in the world. The Desert Dome which is an important landmark in the zoo is the world’s largest indoor desert. The “Kingdoms of the Night,” located below the Desert Dome, is the world’s largest indoor nocturnal exhibit and swamp. The Cat Complex is also the largest cat breeding facility in North America. With over 900 species there is a lot to see and do at this zoo.

The Wellington Zoo is well known for having a number of firsts. It is famed for being the very first zoo in New Zealand and is also recognized internationally for being the first zoo in the world to be certified as being carboN Zero. The green initiatives that the zoo undertakes have helped reduce its carbon emissions. The zoo which is spread over 32 acres has more than 500 animals and over 100 species, which include some interesting creatures like the beautiful cape barren goose, the blue-tongued skink, and the Derbyan parakeet to name a few.

This zoo which is one of the oldest in the world is ranked as one of the top zoos in the country. The zoo had gained worldwide recognition for housing Snoflake the only known albino gorilla who passed away more than a decade ago. There are many endangered or threatened species that make up the 7,500 animals in the zoo. The natural habitats that have been designed for the animals draw many visitors to the zoo. The aquarium is very popular with visitors for its dolphin displays.

Affectionately referred to as “Zoorasia,” the Nogeyama Zoo in Yokohama covers a vast area of 100 acres. The first zoo in the area is located on a hill in a quiet neighborhood and although it is so vast, it can be hard to find. The red pandas are the most popular inhabitants of the zoos 1,000 animals. There are 7 different ecological areas that are designed to mimic the natural habitats of the animals – the Asian Tropical Rainforest, Central Asian Highland, Asian Tropical Forest, Oceanian Grassland, Japanese Countryside, the Amazon Jungle, and the African Tropical Rainforest. Visitors to the zoo are also provided with binoculars so that they can spot the animals easily in the vast area.

The 85-hectare (210 acres) zoo in Pretoria will take up a large chunk of your time with the whopping 3117 specimens that are housed here. Black rhinos, African cape, pygmy hippo, and lowland gorillas are just some of the animals that you will get to see here. It is the largest zoo in the country and the only zoo to be given national status. The aquarium that is also a part of the zoo is the only one in the country. The zoo also has the distinction of being the first zoo to have had a white rhino born in captivity. You can choose to explore the zoo by golf cart, cable car or go for a leisurely walk around the enclosures.

Home to over 4,000 animals and about 650 species, the Bronx Zoo is one of the largest wildlife conservation parks in the United States. Located in New York, the diverse collection of animals and its award-winning exhibitions attract about 2.15 million visitors annually. The popularity of the zoo increased with the docu-series The Zoo produced by Animal Planet in 2017.

Located in Queensland’s Sunshine Coast and owned by the Irwin family, the zoo became extremely popular because of late Steve Irwin’s documentary series The Crocodile Hunter. The zoo is spread over 1,000 acres of land and has more than 1,200 animals. Various areas are demarcated for specific wildlife like the Tiger Temple, built to resemble the Angkor Wat temple in Cambodia, Elephantasia the largest elephant enclosure in Australia, African Savannah a multi-species replica of the Serengeti ecosystem and Crocoseum the area where the live action takes place. Another great place in the zoo is Bindi’s island, with an incredible three-story treehouse which provides you with a great view of the zoo.

Located right at the center of Amsterdam, ARTIS Royal Zoo was the first zoo to be established in the Netherlands. The zoo is home to more than 750 different animal species and also has more than 200 types of plants and trees. An impressive butterfly pavilion and Insectarium are popular with visitors, and so is the aquarium which is part of an impressive 19th-century building. Artis Royal is not just a zoo but also has a planetarium and a state-of-the-art museum Micropia which is dedicated to micro-organisms. Some of the 11 Best Hotels in Amsterdam offers excursions to this zoo.

Spread over a vast area of 710 acres, the Toronto Zoo is Canada’s largest zoo. The 5,000 animals which inhabit the zoo are notable for being the most taxonomically diverse collection of animals displayed at any zoo in the world. They are housed in seven different zoogeographic regions to indicate their origins. The zoo is hailed for its conservation efforts and its successful breeding programs which have resulted in the re-introduction of many species.

The Zoologischer Garten in Berlin is the first zoo to be built in Germany and the most visited zoo in Europe. King Frederick William IV of Prussia helped set up the zoo by donating 850 animals from his own private collection. However, much of the zoo was destroyed after World War II. Of the 4,000 animals that were housed in the zoo before the war, only 91 survived. The zoo was rebuilt and is now spread over 84 acres and has about 20,000 animals which comprise 1,400 species. Some of the highlights of a visit to this zoo are the Hippo House, the World of Birds and the popular sea lion show. The zoo gained widespread recognition for its popular inhabitants Bao Bao, the giant panda and Knut, the polar bear.

The Copenhagen Zoo is also one of the oldest zoos in Europe, set on 27 acres of land. The more than 4000 species are housed under areas depicting their origins like Africa, South America, Asia, and Tasmania. The Elephant House which was designed by the famous British architect Sir Norman Foster attracts many visitors. The notable features of the Elephant House are the mud baths, sandy expanses, deep water pools and the underfloor heating system which helps keep the animals’ feet warm in the freezing winter. The iconic wooden observation tower of the zoo can be seen from a distance.