Top 10 Things To Do In Bermuda 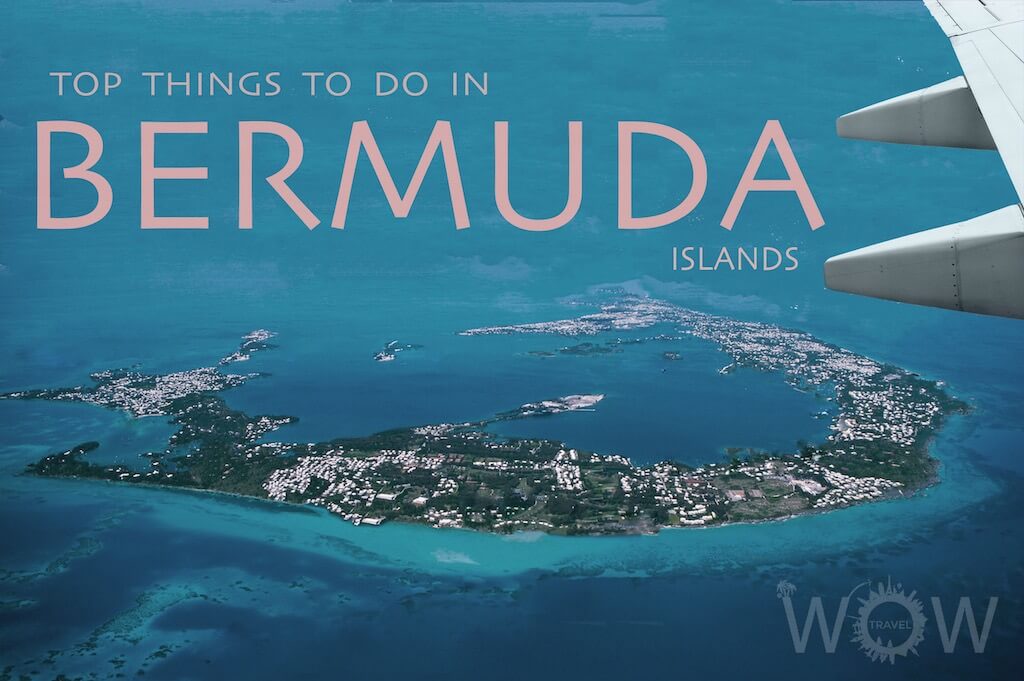 Bermuda is a semi-tropical paradise made up of 181 coral covered lava based islands, just a two-hour flight from most East Coast U.S. cities. World’s most beautiful pink sandy beaches (yes, they really are pink), crystal clear turquoise ocean waters with breathtaking marine life, crisp colonial architecture, warm weather, and a fascinating sea-faring history combined with authentic British charm. Enjoy our Top 10 Things To Do In Bermuda.

“You go to Heaven if you want, I’d rather stay here in Bermuda” – Mark Twain

First lit in 1846, Gibbs Lighthouse is the tallest cast-iron lighthouse in the world, It has a great bird’s eye view of the island. The hill on which the lighthouse stands is 75 meters (245 ft) high while the structure itself measures 35 meters (117 ft) from base to light. Its beam of light runs 110 meters (362 ft) above sea level. Ships 64 km (40 miles) away can see it. Before you leave, have a launch at the Dining Room, situated in a cottage at the base of the Gibbs Hill Lighthouse. This casual eatery boasts one of Bermuda’s most impressive settings.

Hamilton is not only the capital of Bermuda, but it is also the beating heart with plenty of history and culture all around. This picturesque harbor city graced with stores and restaurants, art galleries, museums, and gardens. One of the most popular things to do in Hamilton is to go shopping on Front Street and Queen Street.

Built in the early 19th century, the Royal Naval Dockyard was once Britain’s largest naval base outside the United Kingdom. From the War of 1812 until World War 2, it played a vital part in the strategic defense of the Western Atlantic. Nowadays, the Royal Naval Dockyard has beautifully restored historical buildings, surrounded by sparkling crystal clear waters at the western tip of the island, provide a spectacular backdrop to everything from great food and shopping to wonderful water sports, magnificent museums, working arts and crafts studios – and even the chance to swim with dolphins.

Tobacco Bay is an area of outstanding natural beauty as well as an important historical site, known for its involvement in the Gunpowder Plot of 1775. Nowadays, Tobacco Bay is one of Bermuda’s top beach attractions. It has a bar and restaurant as well as providing equipment rentals for snorkeling and water-sports, bonfires and live music activities. The snorkeling at Tobacco bay is second to none, swim out just a few meters and be surrounded by coral reefs, tropical fish and unique limestone formations.

The Crystal & Fantasy Caves are Bermuda’s top visitor attraction. Deep, clear underground pools of azure blue water and incredible formations of every size and shape imaginable. Cave ceilings adorned with rare chandelier clusters and delicate crystallized soda straws, and the walls (covered in calcite mineral deposits nature) have shaped to resemble majestic waterfalls frozen in time. Each cave is uniquely beautiful and is a new adventure to discover.

Horseshoe Bay Beach is undoubtedly the most popular beach in Bermuda and considered one of the most beautiful beaches in the world, thanks to its famous pink sand (the result of crushed shells, coral and calcium carbonate) and crystal clear water.

This charming town (the largest in Bermuda) invites visitors to take a step back in time with its well-maintained architecture, colorfully named roads, informative tours, beautiful scenery, with a modern touch of shopping and dining thrown in to connect the past with the present. St. George’s was originally settled by English colonists in the early 1600s and was the first permanent settlement on the island. It was listed as UNESCO World Heritage Site in 2000, thanks to its beautiful brightly painted stone and masonry buildings..

St. Peter’s Church is the oldest Anglican Church outside the British Isles and the oldest Protestant church in continuous use in the New World. It was established when Bermuda was settled by the Virginia Company in 1612, for over 400 years this has been the church of the Town of St George. It is a cultural and historic icon, a holy place at the heart of a UNESCO World Heritage Site

One of the world’s oldest aquariums, BAMZ is located in picturesque Flatt’s Village. The Aquarium showcases more than 200 species of fish and delicate marine invertebrates from our shallow coastal waters, spectacular northern coral reefs, and the deep ocean. The spectacular 140,000-gallon North Rock Exhibit showcases live corals and large predatory fish, including sharks and a black grouper. Exhibits housing marine turtles—some of them rescued after injury—and harbor seals are two other very popular areas and provide for captive management and research initiatives. The Zoo displays over 300 birds, reptiles and mammals from oceanic islands in lush, naturalistic exhibits with coastal walkways and beautiful water vistas.  Located between the Aquarium & Zoo, the Bermuda Natural History Museum contains interactive and audio-visual exhibits that provide an insight into Bermuda’s geological formation, its habitats and the impact of human life on a small island environment.

In 1984, almost 40 years after the Bermuda Railway closed, the Bermuda Government transformed the remaining right of way into a trail for walkers and cyclists. Aside from a few sections, 18 miles of the Railway’s original 22 are accessible, and they provide an unparalleled way to see Bermuda’s varied scenery.