Top 10 Things To Do In Boston 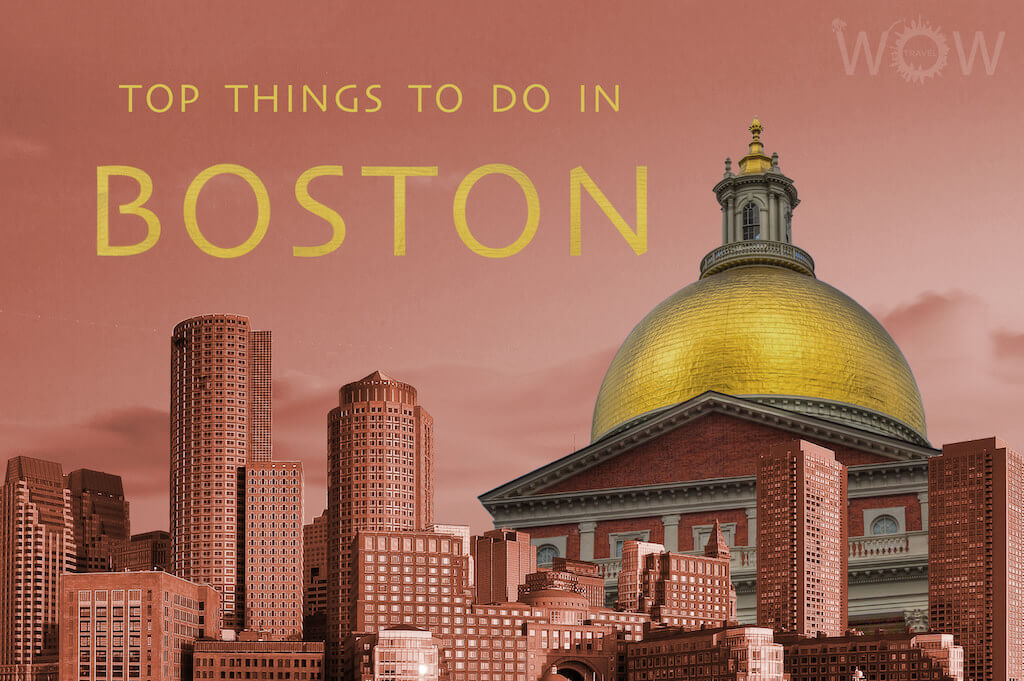 Boston is one of North America’s most beautiful cities. This vibrant, thriving city is renowned for its cultural facilities, world-class educational institutions, champion sports franchises, as well as its place at the very forefront of American history. There are over 50 colleges and universities in the Greater Boston area, including Harvard and MIT. It has the art, food, and nightlife of a big city, with the friendliness and heart of a small town. Boston has a wonderful blend of stylish sophistication, hip alongside historic, skyscrapers surround parks, gourmet meets pizza. Check out our Top 10 Things To Do In Boston.

Located in the Back Bay since 1733, Trinity church is an amazing piece of history that ushered in a new style of architecture. The appearance of the outside is very old and the architecture looks like a European church. The church has beautiful stained glasses and the red & black colored ceiling.

Situated on one side of the impressively imposing Copley Square (which also houses Trinity Church) the library was designed by the New York firm McKim, Mead, and White and opened in 1895.

The Freedom Trail is a 4.5 km (3 miles)  red-painted and bricked path that connects 16 principal historic monuments and sites. starts at Boston Common and winds through the streets of Boston. along the way you will see a unique collection of museums, churches, meeting houses, burying grounds, parks, a ship, and historic markers that tell the story of the American Revolution and beyond. Be sure to pit stop for a “beah” at America’s oldest bar, the Bell in Hand Tavern.

For a glimpse of what life was like in the late 1700s, walk inside the oldest structure in downtown Boston, circa 1680. Although the house is tiny visitors are able to actually walk through all the rooms of the home that once sheltered Paul Revere, one of the most important figures in American history.

Newbury Street is a super-trendy and upscale shopping street lined with beautiful 19th-century brownstones impressive architecture. It is a great place to go for shopping, art exhibits, restaurants and cafes or simply window shop to your heart’s content.

Cambridge is home to 2 of the most prestigious universities in the country, Harvard and MIT. its stunning architecture and incredible diversity of restaurants and shopping attracts a mix of students, locals and sightseers. Visit one of the famous squares: Central, Harvard, Inman, Kendall and Porter). Central Square is the seat of city government, with a sprinkling of great places to eat while Harvard Square, centered next to the country’s oldest university, is known for dining, shopping, bookstores, nightlife, and street performers. Inman Square is lined with interesting places to eat, including Cristina’s, one of the best ice cream shops in the state. Kendall Square is where MIT and the State’s booming high tech and biotechnology industries call home, but busting in on the action in this Cambridge neighborhood is a plethora of eateries run by chefs who made their name in Boston and have hopped the River to get in on the action in Cambridge. Source: 10best.com

Located in downtown Boston, steps away from the waterfront, Faneuil Hall Marketplace is the seat of American history and the site of one of America’s most famous shopping and dining experiences since 1742. The ground floor contains shops and eating establishments. The second floor is a meeting room. The third floor contains the museum and armory of the Ancient and Honerable Artillery Company of Massachusetts. Faneuil Hall Marketplace also includes three long granite buildings called North Market, South Market, and Quincy Market. It operates as an indoor/outdoor mall and food eatery. It was designed by Benjamin Thompson and Associates.

Fenway Park is home to the Boston Red Sox and one of America’s most beloved baseball stadiums since it opened in 1912. The atmosphere during the game is one of the best around. But even if the Red Sox aren’t playing, take one of the 50-minute tours offered daily. You’ll find around some of Boston’s best restaurants, a movie theater and seriously cool quirky shops.

Discover Boston’s waterfront district along the HarborWalk, a winding pathway along Boston Harbor that extends from East Boston through Charlestown and North End, then on toward South Boston’s beaches and Dorchester.

New England Aquarium will give you an unforgettable experience with 360-degree views of a spectacular, four-story Caribbean coral reef teeming with more than 1,000 animals. Check out the sharks, seals and sea lions, and feel the smooth skin of a cownose ray. Also, enjoy an IMAX 3D movie on New England’s largest screen.