Top 10 Things To Do In Copenhagen 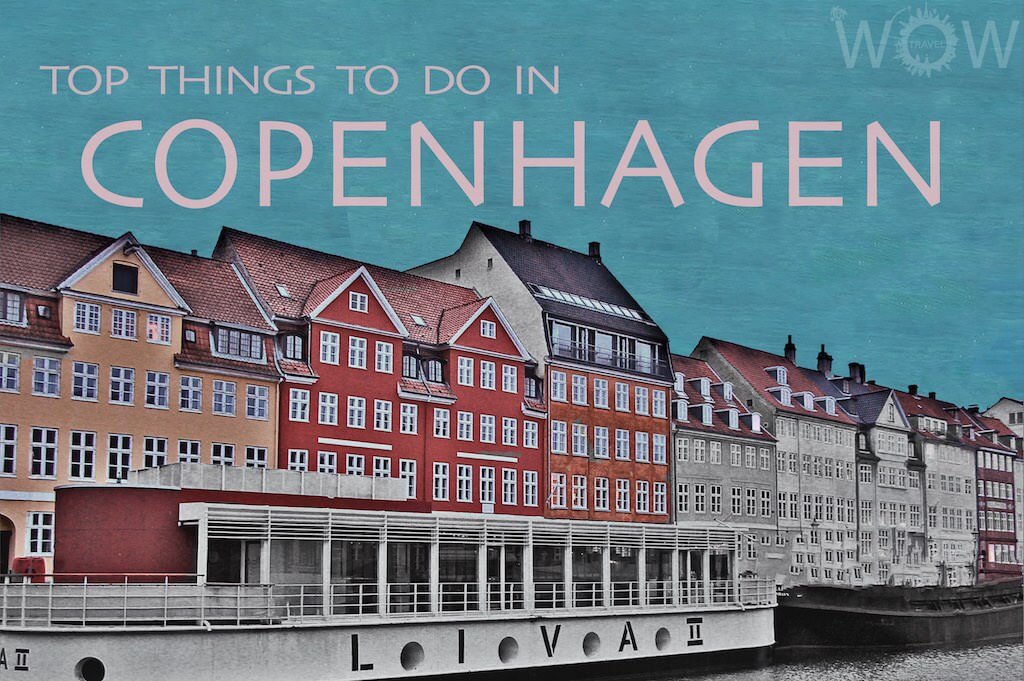 “If Copenhagen were a person, that person would be generous, beautiful, elderly, but with a flair. A human being that has certain propensities for quarrelling, filled with imagination and with appetite for the new and with respect for the old – somebody who takes good care of things and of people.” – Connie Nielsen

For anyone with an interest in Danish history and culture, the National Museum is a must. Some impressive runic stones are on display, and the Danish history collection includes a sun chariot that is more than 2,000 years old, Romanesque and Gothic church fittings, Danish porcelain and silver, and collections of antiquities and coins. The ethnographical collection, including items from Greenland, gives a good impression of life among the Eskimos. Other areas covered include Asia, Africa and Oceania as well as the culture of the Indians. Here, you’ll also find the Prince’s Palace (1744), a Rococo building influenced by the French style of the period.

Nyhavn was originally a busy commercial port where ships from all over the world would dock. The area was packed with sailors, ladies of pleasure, pubs and alehouses. Today the beautiful old houses have been renovated and classy restaurants dominate the old port. Nyhavn is filled with people enjoying the relaxed atmosphere by the canal, jazz music and great food. No. 9 in Nyhavn street, is the oldest house in the area dating back to 1681. The design of the house has not been altered since that time. Many of the houses lining the quays of Nyhavn have been the homes of prominent artists.

The best place in Copenhagen to enjoy panoramic views of the city’s skyline with its fairytale old town and many spires. The observation deck is located 35 meters (115 ft) above street level, offering an expansive view of inner Copenhagen. The tower was built by King Christian IV, the famous architectural innovator of Denmark, to be an astronomical observatory. The Rundetårn was mentioned in two Hans Christian Andersen fairytales and is commonly used as a metric to compare heights of buildings in Denmark. The Round Tower is open every day and it’s free, though it does not have an elevator, so visitors have to climb the winding, white-washed Spiral Walk.

On the tiny island of Slotsholmen is the Danish seat of government and an attraction that should be top on any visitor’s agenda. Christiansborg Palace boasts more than 800 years of history and today, the palace is home to the Parliament, the Prime Minister’s Office, and the Supreme Court. In addition, several parts are still used by the Royal House, although thankfully, much is open to the public. Occupying the site where Bishop Absalon built the earliest fortifications of the city in 1167, the ruins of the bishop’s castle and the medieval fortress were discovered when the present palace was under construction. They can now be seen by visitors.

The Blue Planet is northern Europe’s largest and most modern aquarium, with a spiral design which is unique in the world. The Blue Planet is home to 450 different species and 20,000 fish and other aquatic animals, which include sharks, sea lions, dwarf crocodiles, moray eels and barracudas.

Located in downtown Copenhagen (or Indre By), Strøget is the longest pedestrian street in Europe and Copenhagen’s largest shopping area. The pedestrian shopping street Strøget runs through the city center from Rådhuspladsen to Kongens Nytorv, It contains a series of interconnected streets and is lined with numerous boutiques, cafés, restaurants, kebab houses, tourist shops and entertaining street performers. Strøget is the city’s main shopping thoroughfare and it’s always busy and packed on Saturday.

Located northwest of Frederiksstaden, the Rosenborg Castle, a Dutch Renaissance castle constructed in the early 1600s by King Christian IV. A favorite of visitors is the castle’s Royal Collections, which include the Crown Jewels. After checking out the exhibits, Don’t forget to spend some time in the King’s Garden (Kongens Have). You can tour the Rosenborg Castle.

Home of the current queen, Margrethe II, Amalienborg Slot consists of four austere, 18th-century palaces around a large cobbled square. The changing of the guard takes place here daily at noon, the new guard having marched through the city center from the barracks on Gothersgade at 11.30 am. One of the palaces features exhibits of the royal apartments used by three generations of the monarchy from 1863 to 1947, its reconstructed rooms decorated with gilt-leather tapestries, trompe-l’oeil paintings, family photographs and antiques.