Top 10 Things To Do In Curacao 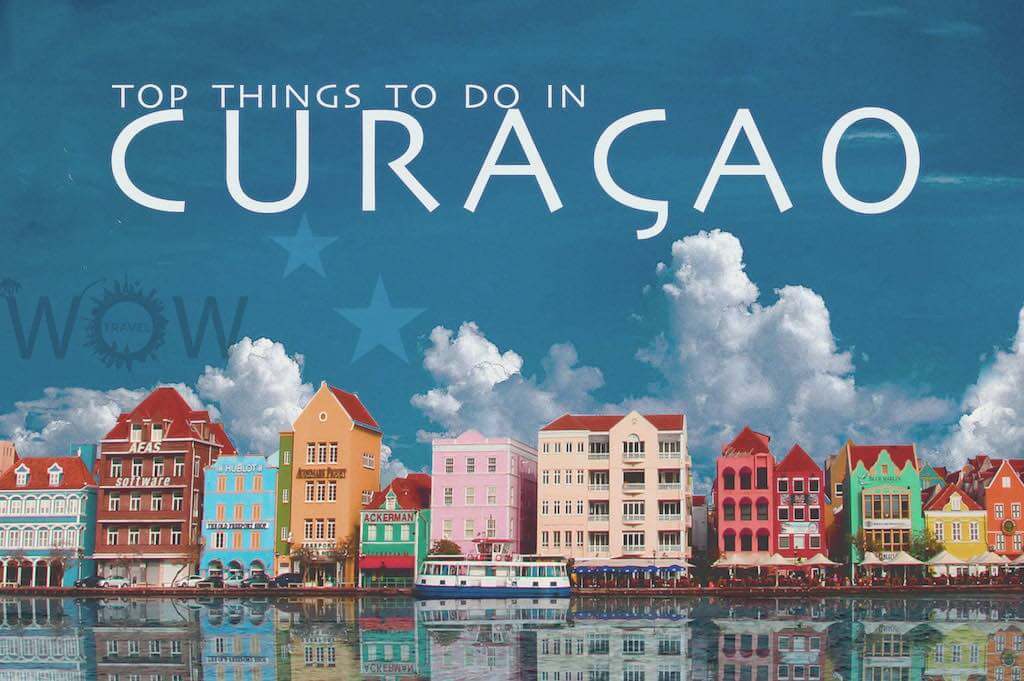 Situated just 48 km (30 miles) from the shore of Venezuela, Curaçao is one of the Dutch islands, part of the kingdom of the Netherlands in the South Caribbean Sea, just outside of the hurricane belt, which makes it a great spot to visit year-round. From astounding scuba diving experiences to breathtaking nature parks. With endless activities to do for all types and ages, definitely consider this Caribbean gem when choosing your next vacation destination. Check out our Top 10 Things To Do In Curaçao.

Covering an area of 10 km (6.2 miles) of rocky, wave-exposed coastline, this is since 1994 a paradise for hikers and nature lovers. Watch the crashing waves disappear into the underground cavern. There are two famous hiking trails.

Boka Pistol Trail: which includes a 1-hour walk leading through Boka Brown where sea turtles come ashore to lay their eggs, Boka Pistol where huge waves burst into the sky with gunfire like explosions and panoramic overviews from the flat limestone hills.

Boka Wandomi Trail: which is a 1-hour walk along rolling lava hills down to Boka Wandomi and the limestone bluffs to a natural bridge. A short walk along the rugged north coast will bring you back to Boka Tabla.

With its clear turquoise water, waving palm trees and white sandy beach, Cas Abao is a true paradise. Located at the northwest coast of Curaçao, Cas Abao Beach has been declared one of the most pristine beaches of Curaçao, ideal for families and water sports. Check out also Playa Porto Mari Beach and Mambo Beach.

Christoffel National Park is a 4,500-acre wildlife preserve on the largely undeveloped west side of Curaçao island. The park has a rich variety of local flora and fauna. There are local birds and plants, including species, such as the wild orchids, the Palabrua, the rare native barn owl, the Curacao White-Tailed deer and much more.

The Curaçao Sea Aquarium belongs to one of the most unique aquaria in the world. The reason being that, from the very beginning of the aquarium in 1984, the Sea Aquarium managed to create natural habitats for all its marine creatures without using sophisticated technical equipment. Due to an open-water system, all the aquaria are in immediate contact with the open sea. It is this advanced pump system that continuously pumps fresh seawater directly in all the aquaria. Everything in the aquaria, from the fish and corals to the sand on the bottom of the exhibition tanks, originates from the seas surrounding the island of Curaçao. The same conditions apply to the lagoons in which the dolphins, sea lions, sharks, rays and turtles are kept. The only thing that separates these lagoons from the open ocean are breakwaters built out of big rock boulders and an occasional fence, allowing fresh seawater to freely flow through all the lagoons. Source: curacao-sea-aquarium

Queen Emma Bridge, also known as “The Swinging Old Lady” in Willemstad, is a floating pontoon bridge that links the “Punda” (Point Side) and the “Otrobanda” (Other Side) of the Willemstad across the Sint Annabaai Channel. You get to see the bridge open and close to away marine traffic into St. Anna Bay. In the event the bridge is open for a prolonged time, there is a ferry service across the channel as well. Source: traveldudes

A 200.000-year-old Cave named “Kueba di Hato” meaning Cave of Hato, is one of the most unique things to do in Curacao. Walk amongst the natural formations of the Stalagmites and stalactites, featuring an underground lake, large rooms, and ancient Indian petroglyphs.

Located in the north-east of the island, the Curaçao Ostrich Farm is one of the largest breeding facilities for these enormous birds outside of Africa. A tour gives you the whole story on how this massive farm is completely ecological operating and of course you get to see all of the animals on the farm. The best part is when you get to a restaurant there where you get to order ostrich steaks.

The Floating Market is a mini boat fleet that comes in from Venezuela, Colombia, and from other West Indian islands, and sells ultra-fresh fish, fruit, vegetables and handicrafts.

Klein Curaçao, also known as Little Curaçao, Klein Curaçao is a small uninhabited island 11 km (7 miles) east of Curaçao. The island is characterized by its white sandy beach, turquoise sea and breathtaking underwater world. Besides sun and sea lovers, the island is well suited for beachcombers and hikers. Some must-sees at the island are the monumental Lighthouse, and various shipwrecks.

Willemstad is the capital of Curaçao and boasts an array of colonial architecture that is influenced by Dutch styles. The city center, with its peculiar architecture and beautiful harbor entry, was named a UNESCO world heritage site in 1997. The Historic Area of Willemstad feels like a fairytale world of gingerbread Dutch houses, cobbled lanes, stone forts and water views.