Top 10 Things To Do In Dallas 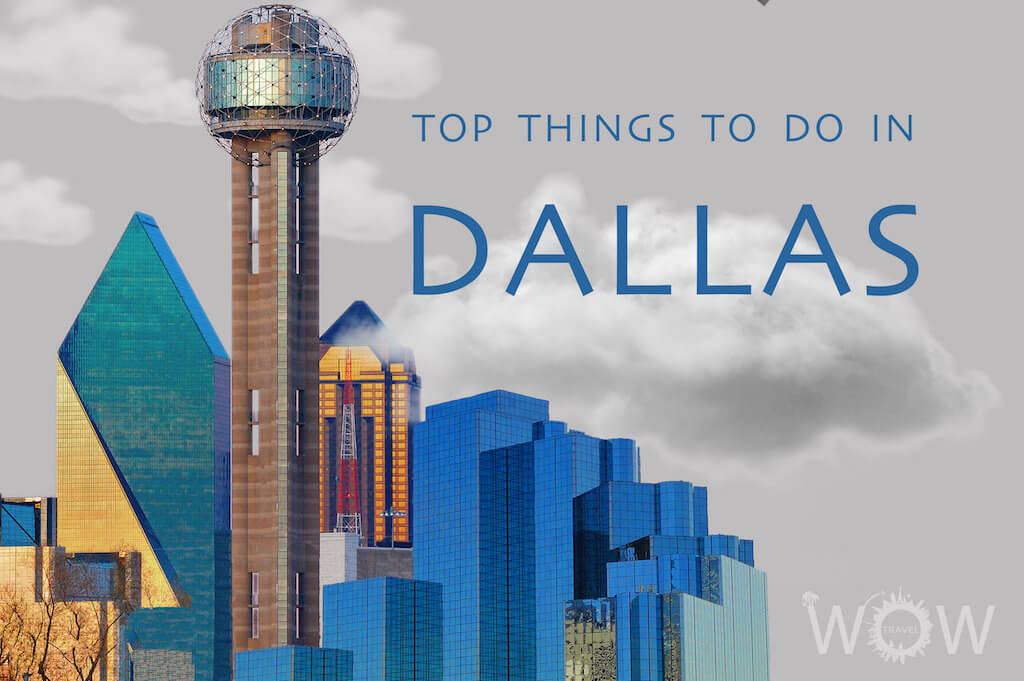 Don’t let the heat keep you away from visiting Dallas, everybody said to me. Yes, it was hot, but it was actually the warmth of its people that made us stay. Its many attractions, cultural events, parks, museums, the famous Dallas Zoo and Aquarium, nightlife and great restarurants make of this southern city a perfect destination not only for the businessmen yet for all travelers. Let WOW Travel show you the Top 10 Things To Do In Dallas, and how to enjoy the city Texas-style.

Located on the sixth floor of the Dallas County Administration Building in downtown Dallas. The museum presents the social and political landscape of the early 1960s, chronicles President Kennedy’s assassination and its aftermath.

Once home to cowboys, cattlemen and outlaws, today the Stockyards National Historic District is one of the most popular attractions in Texas (Just 30 minutes ride from Dallas). Day and night, visitors come to the Stockyards to get a taste of the true American West. Begin your journey on Exchange Avenue, where the weathered brick streets are lined with historic buildings, restaurants, shops, saloons and other attractions. See The Fort Worth Herd, the world’s only twice-daily cattle drive. See the bulls and broncs versus the cowboys at the weekly Stockyards Championship Rodeo or step into the past at the Stockyards Museum and Texas Cowboy Hall of Fame.

Set on the shores of a reservoir constructed in 1911 as a water source for the City of Dallas, White Rock Lake, spans more than 1,015 acres and has more than 14.5 km (9 miles) of trails around the lake. White Rock Lake is enjoyed by more than 1 million users a year, offering breathtaking views of downtown with easy accessibility to residents throughout North Texas, the lake is home to wildlife, cyclists, runners, walkers, rowers, bird watchers, fishers, picnickers and other outdoors enthusiasts. Cultural, sports and others events are held at the lake throughout the year.

Reunion Tower is a 561 ft (171 m) observation tower and one of the most recognizable landmarks in Dallas. It is a great way to begin or end your Dallas trip. Its powerful telescopes, high-definition zoom cameras and interactive digital maps provide an unforgettable experience and glimpse into the history, events and people that made Dallas what it is today.

Dallas Zoo is a 106-acre zoo located 4.8 km (3 miles) south of downtown Dallas features many rare and endangered. Founded in 1888, the Dallas Zoo was the first Zoo in the southwest, started with two mountain lions and two deer. Don’t miss the award-winning Giants of the Savanna, the only habitat in the U.S. where elephants mingle alongside giraffes, zebra and other African species. Key exhibits include the Tiger Habitat; Lacerte Family Children’s Zoo, with interactive, educational exhibits for children; and the Don Glendenning Penguin Cove.

The Dallas Arboretum and Botanical Garden is a 66-acre botanical garden with 11 lush display gardens that offer seasonal color all year long. Home of Dallas Blooms Spring, the Southwest’s largest outdoor floral festival, the Arboretum provides a tranquil oasis where visitors are surrounded by the beauty of all four seasons. It has been listed among the top three arboretums in the nation in Southwest Spirit Magazine and one of the Best Botanical Gardens in the US by the Travel Channel. Source: visitdallas

AT&T Stadium is more than the home of the Dallas Cowboys, it’s a world of facts and figures about the world’s largest domed structure, an art museum, a classroom. The Stadium offers daily tours that will appeal to people of all interests and ages. Take an afternoon to throw the ball on the field or admire the works of art displayed throughout the stadium.

The Dallas Arts District is the largest contiguous urban arts district in the USA, spanning 68 acres and 19 contiguous blocks. The district is comprised of museums, performance halls, corporate offices, residences, restaurants, churches and even a school.

Six Flags Over Texas is a 212-acre theme park located in Arlington, a short drive east of Fort Worth and west of Dallas. Six Flags features a huge assortment of rides and other entertainment. From thrilling coasters to rides for the kids, They’ve got them all. If you love roller coasters they have some good ones.

A painstakingly preserved area full of 19th-century quaintness. The mission of Dallas Heritage Village is to collect, preserve, and teach the history of Dallas and North Central Texas. Located in historic Old City Park, the museum uses its collections of historic buildings and furnishings, representing the period 1840-1910, to sponsor research, publications, and exhibits, and to present educational programs and special events for diverse audiences of children, families, and adults.