Top 10 Things To Do In Jodhpur 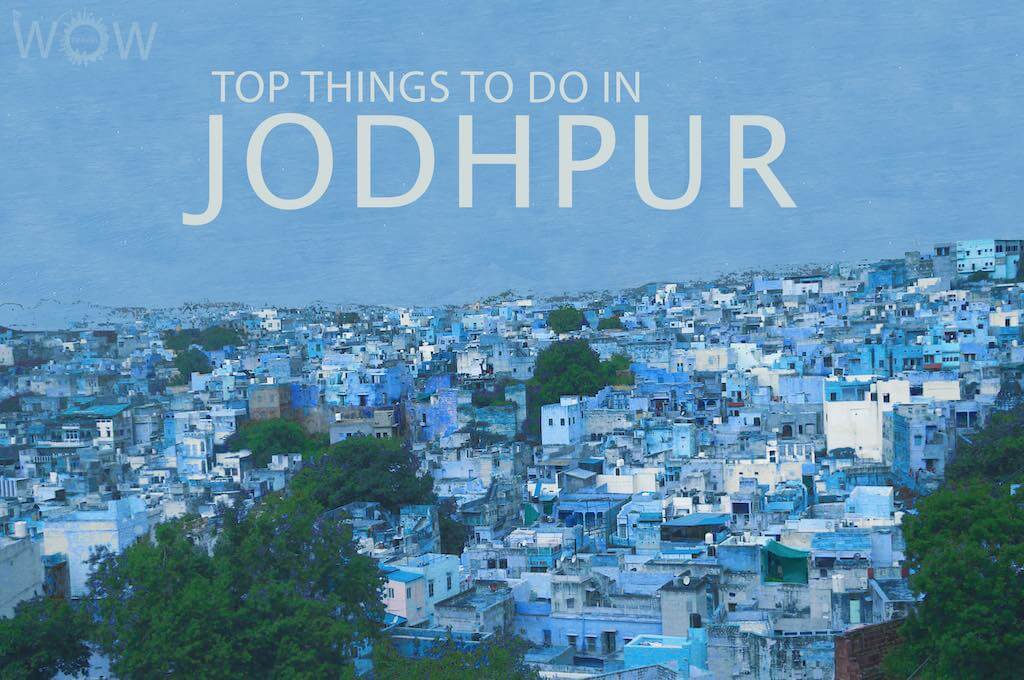 Planning a trip to India? Don’t miss Jodhpur, the land of kings and forts, and the second largest city in the desert state of India, Rajasthan. Popularly known by the name of “Blue City”, because it has peculiar blue buildings all over the place, this is because Jodhpur was mainly inhabited by Brahmins, the highest caste in India who built iconic blue buildings as a label of their colonization. And the trend is still carried on. Tourists visit and revisit this place located on an edge of the Thar Desert, because of its never-ending charm and charisma. The place has a number of museums, lakes, forts, temples and palaces which draw thousands of visitors every year to this place. Let us take you through some places which you can add to your itinerary while you stay here!
[booking_product_helper shortname=”jodhpur”]

This is the destination which even a non-tourist guide could tell you about. Mehrangarh is a magnificent fort which is built out from a rock on which it stands. This huge piece of earth gives a view as if a plate is holding a giant fort. And this plate itself is about 120m above Jodhpur’s outline. The entire view is phenomenal. There is also the Chokelao Mahal, a terrace restaurant in the fort, where it is best if you dine at night when the sparkling city comes to life underneath. The fort is run by the royal family and the entry to the entire structure is free with the exception of the Mehrangarh Museum. The route to this destination is usually a convoluted auto-rickshaw ride of about 5kms from old Jodhpur, which is also quite enjoyable.

This is the memorial of Maharaja Jaswant Singh II, built in 1899. The memorial is featured with rare domes. The entire cenotaph is built out of white marble and the carvings and aesthetics also use the same material. The main memorial is built in the form of a temple, and there are splendid lawns outside for tourists to relax and glance at the city.

Next on your list must be the famous Umaid Bhawan Palace. It has recently been completed in 1944 marking almost an end to the marvelous palaces that were built in India. The major portion has been converted into a marvelous hotel, one of the best hotels in Jodhpur, albeit a costly one (about $600 per night). You can get entry only by booking a room, or before you get skeptical let me inform you that you can also just dine here, and if that was also too much, just visit the museum here. I’m sure you do not want to miss the chance to grasp a glance of this breath-taking ambiance.

It is a large tower with a time clock as the name suggests, but this is the most famous and iconic landmark in the old city. You can find your way to Sardar market from the thin streets diverging out of the clock tower. You request for directions to any place from a local and clock tower will be cited as a central point of reference. Also, visiting only the contemporary Jodhpur without exploring the old city, would be like missing have the fun. This place is chaotic but extremely colorful.

If driving is a passion, then try rolling some wheels through the scorching sand dunes of Jodhpur that shine like pearls. There are many desert safari operators who also offer camping facilities accompanied by light cultural programs.

This is the nearby Bhishnoi village where you can go for long camel rides. You will find many beautiful temples while you move on your safari. Elephant safaris are also commonly available here. Conversant yourself with the culture of tribal India with Osian.

If you are a fitness freak or an enthusiastic adventurist, welcome to the Jodhpur flying fox. This is a circuit with six zip lines and a full 90 minutes of experience with looking over the city of Jodhpur. To top up the cherry, you will be dropped at the backdrop of the Mehrangarh fort! The rates vary somewhere between INR 1200 to INR 1500 per person and is open till 5pm every day.

Mandore used to be the capital of Marwar region (of which Jodhpur is a part), before Jodhpur took over. You will find temples in the shape of inverted lotus flowers, memorials and a small museum in the Mandore Gardens. The architecture and craftsmanship of the construction here are beyond imagination. Another attraction for kids here are monkeys. You will find lots of them, in almost every nook and corner of the place, but these are quite friendly.

This is a recent establishment of 2006, in which a large rocky area which was earlier lying idle and neglected has been converted to a park. The thorny shrubs which were growing here were removed completely and then about 80 rock loving plants were grown here. The foliage changes with climate and it is great to visit this park at any time in the year.