Top 10 Things To Do In Oslo 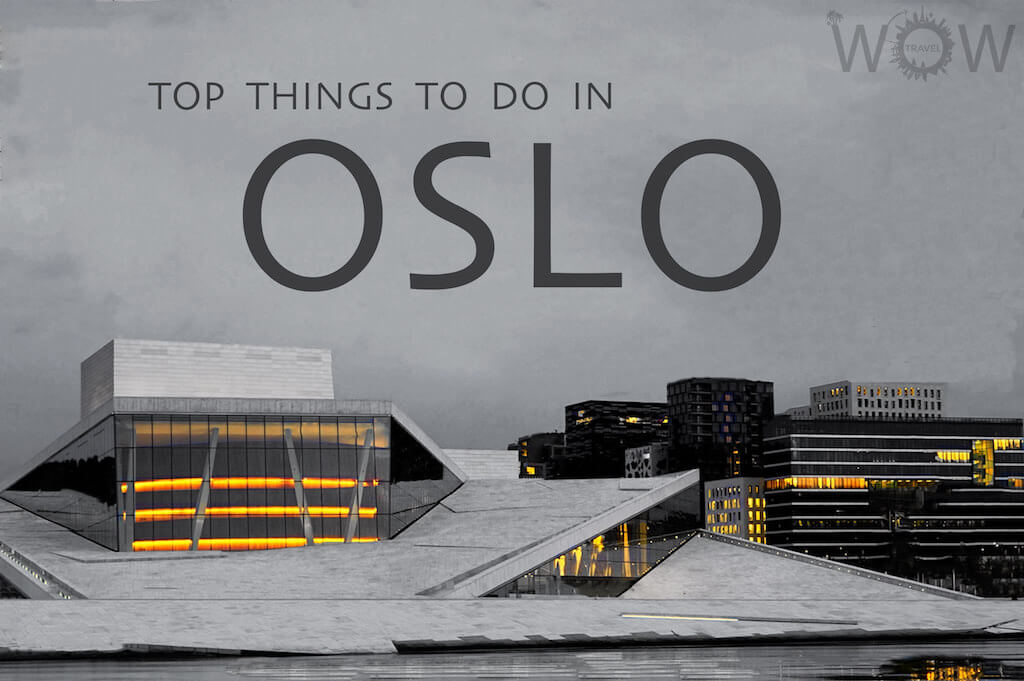 Oslo is the capital and most populous city if Norway and the oldest of the Scandinavian capitals, its history goes back 1000 years, to the time when the first settlements were built at the inlet of the Oslo fjord. The Norwegians are some of the most hospitable people in the world and a tourist will never fail to get mesmerized by the beauty of the city. Below are The Top 10 Things To Do In Oslo, so you can get the most out of your visit.

The royal residence at the top of Karl Johans gate is home to King Harald V and Queen Sonja. The building is in a neo-classical style with a facade of stuccoed brick, and was completed in 1849. The Palace Park surrounds the palace on all sides and features grassy areas, majestic trees, small ponds and statues. The palace is only open to the public in the summer. Tour tickets must be ordered in advance. Changing of the guards every day at 1.30 pm.

Grünerløkka was formerly one of Oslo’s most important areas for the working classes, but after the city’s industrial workers left the area, the young and the hip moved in. Today, this is a lively area of the city with cafés, bars, restaurants and small boutiques – the likes of which you are unlikely to find in a shopping center. Stroll between the low-rise apartment buildings which are so characteristic of Oslo. Enjoy a drink in Bar Boca, one of the city’s best cocktail bars. Eat a French lunch, an Italian dinner, and round things off with a little tapas for supper. All parts of the world are represented here. Find an exciting second-hand store, take a break in one of the cozy parks, or enjoy a cup of coffee in one of the fantastic coffee bars.

Built around 1299 as a residence for the royal family, Akershus Fortress is Norway’s most important medieval monument. Today Akershus Castle is the headquarters of the Ministry of Defense (make sure you see the Changing of the Guard) and is used to hold major events and a variety of other functions deemed appropriate by the Norwegian government. The castle represents a high point of Norwegian grandeur, showcasing magnificent hallways, the Akershus Castle Church, the Royal Mausoleum, and reception and banquet rooms. We suggest you go there early in the morning when it’s quiet. You can also climb all the way up (in the northern part of the castle) and have a nice view of the city.

The Holmenkollen Ski Jump in Holmenkollen is Norway’s most popular attraction for travelers. Holmenkollen hosts FIS World Cup ski competitions each year. Holmenkollen is not merely a sports venue; it is also a tourist magnet of note. Visitors can enjoy lots of interesting ski history and a beautiful view of Oslo and the surrounding fjord. And if you get bored, you can even experience flying 100 meters (328 ft) in the world-famous ski jumping hill inside the ski-simulator.

Oslo’s Opera House is located right at the harbor, with an angled, white exterior that appears to rise from the water. It invites its visitors to climb its roof and enjoy panoramic views of Oslo and the fjord, all year round. Large-scale windows at street level provide the public with glimpses of rehearsals and workshop activities. The building’s interior is mainly oak, and the main hall is shaped like a horseshoe, reminiscent of classical theaters of the past. The opera is designed by the Norwegian architecture firm Snøhetta, and has received several prestigious awards.

The Vigeland Park is the world’s largest sculpture park made by a single artist, and is one of Norway’s most popular tourist attractions. The park is open to visitors all year round. The unique sculpture park is Gustav Vigeland’s lifework with more than 200 sculptures in bronze, granite and wrought iron. Vigeland was also in charge of the design and architectural layout of the park. Vigeland Park was mainly completed between 1939 and 1949. Most of the sculptures are placed in five units along an 850-meter long axis: The Main Gate, the Bridge with the Children’s playground, the Fountain, the Monolith plateau and the Wheel of Life.

The Mathallen Food Hall is a food market located in a former factory building, it is the home of many independent local producers and restaurants. Everything the heart desires – from freshly baked bread, fruit, vegetables, wine, countless types of roasted coffee beans, right up to accessories for kitchen interiors and various gourmet delicacies. It’s definitely worth visiting the Vulkanfish stand, where you can get the catch of the day as a takeaway, or you try out the seafood right there on the spot. Meanwhile, the Melkerampa stand offers the widest selection of Norwegian cheeses – from both small producers as well as from well-known brands, while at Slakteriet there’s an excellent butcher, who’ll cut the best piece from a properly aged bit of meat right there behind the shop window.

With 155 traditional houses from all parts of Norway and a Stave Church from the year 1200, it’s one of Europe’s largest open-air museums. The museum‘s indoor exhibits show traditional handicraft items, weapons, folk costumes, toys, Sami culture, pharmaceutical history and other historic artifacts. The museum hosts events such as folk dancing, exhibitions, baking, church services, markets, and arts and crafts activities.

Bygdøy is a peninsula on the west side of the city center. features huge villas, the royal estate, and several of Oslo’s most popular museums. You will find the Viking Ship Museum, the Fram Museum, the Kon-Tiki Museum, the Norwegian Maritime Museum and the Norwegian Museum of Cultural History. The museums are situated close enough to one another that you can easily walk between them. Here, you can really partake of the Norwegian pioneer spirit, which enabled this small country to make its mark from America to Istanbul through the polar explorers’ incredible courage and Thor Heyerdal’s visionary expedition. Before you leave, take a break on one of the many beaches in the area.

Karl Johans Gate is Oslo’s Champs-Élysées. It is the leading venue for the city’s parades, home to the Royal Palace, and the site of a seasonal ice-skating rink. The street is bustling restaurants, nightclubs, bars, jazz clubs and cafés in between all the stores, shopping centers and hotels.