Top 10 Things To Do In Riga 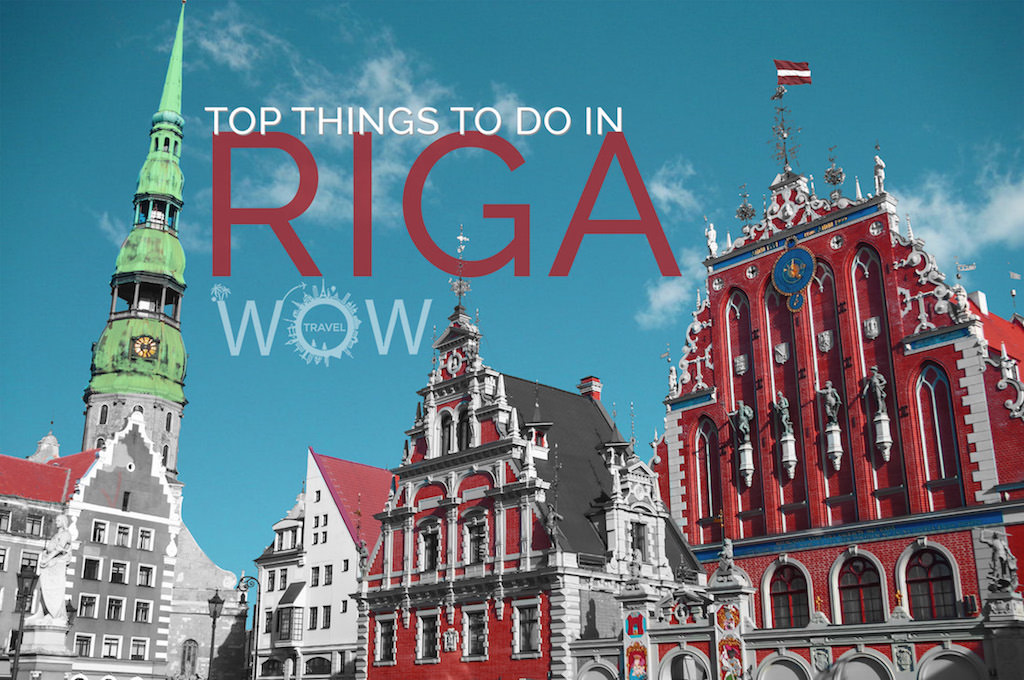 Despite its large Russian population due to its Soviet history, Riga, the capital of Latvia, has a character of its own. Rigans are so proud of their own heritage and language that they even hold contests to celebrate its proper use. This UNESCO world heritage is a true Baltic beauty not just because of its great examples of Art Nouveau architecture everywhere you look but also due to its style and charm. It is quite an interesting place to visit, and particularly accessible, with budget airfares making it an affordable weekend destination and easy and to explore due to its compact size. Riga has great hotels, excellent restaurants, amazing spas and one of the best “shopping” in the region. Two world wars and 50 years behind the Iron Curtain led Riga to become today a vibrant metropolis filled with energy and people who know how to live a good life. Take a look at WOW Travel’s Top 10 Things To Do In Riga.

This gorgeous Neo-Byzantine church was built between 1876 and 1883 when Latvia was still part of the Russian Empire. It is the largest Orthodox cathedral in the Baltic and it is located in the center of Riga, on the right side of the Daugava river.

In the middle of the Bastion Hill Park stands this monument which honours the soldiers killed during the Latvian War of Independence. It is the most important symbol of the freedom, independence, and sovereignty of Latvia. This monument is built of granite, travertine, and copper. Many official ceremonies and public meetings often take place there. There is a daily change of guard worth seeing it happens every hour between 9 a.m. and 6 p.m.

It was originally created as the Latvian riflemen museum in 1916 and it is now one of the oldest and largest museums in Latvia. Since 1919 the museum is located in the Powder Tower, a 14th century fortification towers of Riga. Throughout the exhibition, visitors learn about the complicated military and political history of Latvia, with particular emphasis on the 20th century, a tough time when Latvians had to fight for their freedom twice.

It is home to more than 52,000 works of art reflecting the development of art in the Baltic area from the middle of the 18th century up until the present time. It is without a doubt the richest collection of national art in Latvia. Alongside the permanent and temporary exhibitions, the Latvian National Museum of Art is known for its educational projects. Visitors are offered specialist-guided tours and educational programs.

It is located within the historical center of Riga and is one the oldest and most valuable monuments of medieval architecture in the Baltic region. Aside from being an important religious institution in the city, it is also the tallest peak in Riga.  Visitors are allowed to go up the tower and enjoy a breathtaking 360 degree view of medieval and modern Riga. Important venues and concerts take place in this beautiful church all year-round.

Museum of the Occupation of Latvia

The Museum’s reason to exist is to portray life during the three occupation periods endured by the Latvian people. The artifacts in the museum narrate the 50 years of oppression, about power politics, about Soviet and Nazi terror, about the destruction of Latvia’s economy, about Soviet and Nazi totalitarian ideologies, about the opposition to the regimes, and finally how Latvians regained their freedom in 1991.

It is a 5 hectare (12 acres) park located in the center of Riga, next to the University of Latvia. This park was created in 1814 just a couple of years after the outskirts of Riga were burned down during the French invasion of Russia. It has lots of exotic trees, flower parterres, a rose garden and restaurant. It is the perfect spot to rest in the middle of the day, between museum visits and walking around the city.

A colorful, Soviet-style market. It is one of the largest in Europe and has Rīga’s cheapest produce.

It was inspired by other similar museums in the Baltic and Scandinavian region. It is located in a forest park area beside a beautiful lake just outside Riga with different styles of houses, 118 buildings to be exact, brought from all over the country.  It also displays around 3000 items representing most ethnic groups in Latvia.

House of the Blackheads

The House of the Blackheads was built in 1334 for the Brotherhood of Blackheads, a guild for unmarried German merchants in Riga. It has been reconstructed on numerous occasions – from 1522, when the entrance was supplemented with doorstones, up to late 19th century, when the house was decorated with lion figures above its entrance and a rendition of St. George appeared in the adjacent building.