Top 10 Things To Do In Vienna 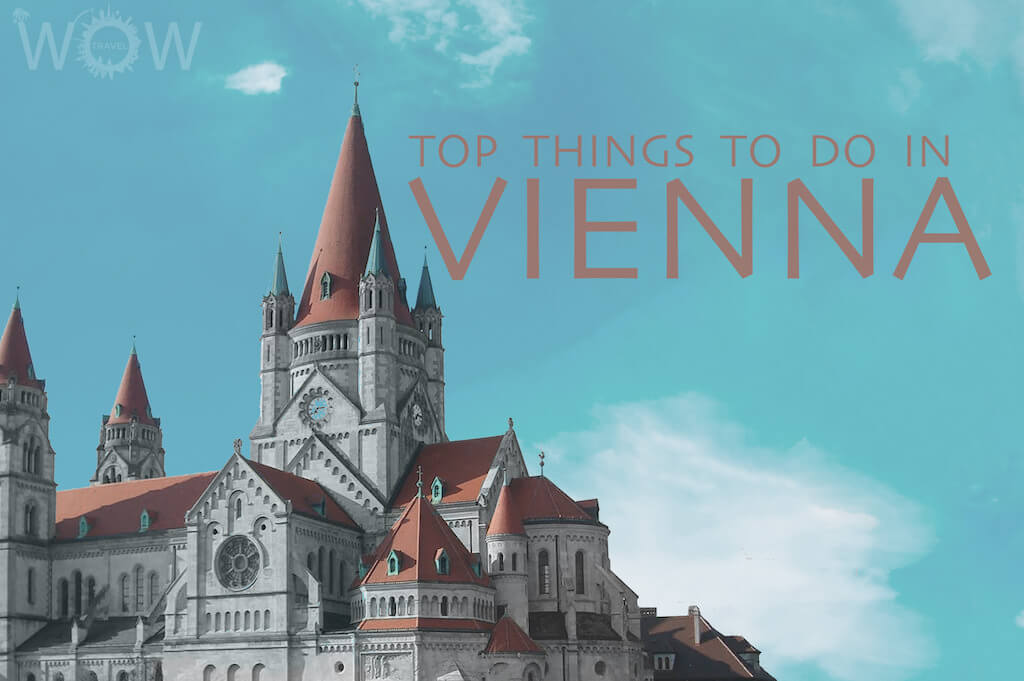 Vienna, the capital and the largest city in Austria, is famous for its cultural events, imperial sights, coffee houses, cosy wine taverns, and the very special Viennese charm. It is associated with important musicians, artists, and scientists that were considered exceptionally progressive for their time, making it Europe’s cultural capital. It is a metropolis with unique charm, vibrancy and flair. It boasts outstanding infrastructure, is clean and safe, and has all the inspiration that you could wish for in order to discover this wonderful part of Europe. Here’s our list of top 10 things to do in Vienna to get you started.

A great way of getting acquainted with Vienna when you first arrive is to take a ride around the Ringstraße, a road surrounding the inner city (1st district) of Vienna with some of the most prominent sights like the Parliament, Opera House, Hofburg Palace and City Hall. While wondering the street, take a side track into the lovely Burggarten to either rest a bit or to enjoy a cup of coffee in the Palmenhaus. Further along the way, you will come to the Votivkirche and then to the Danube Canal with many restaurants.

The Hofburg Imperial Palace has played an integral part of the Austrian government scene since it was built in the 13th century. It has been home to some of Europe’s most powerful royalty over the centuries, including the Hapsburgs and rulers of the Holy Roman and Austro-Hungarian empires. Today it is a museum and home to the president of Austria. The palace includes the Imperial Apartments, the Sisi Museum, dedicated to Elizabeth, wife of Emperor Franz Joseph, and the Silver Collection, a collection of Imperial household objects.

The Belvedere’s two magnificent palaces, the Upper and Lower Belvedere, were built in the 18th century as the summer residence for the important general Prince Eugene of Savoy (1663-1736). He chose one of the most outstanding Baroque architects Johann Lucas von Hildebrandt (1668-1745). The palaces with their extensive gardens are considered to be one of the world’s finest Baroque landmarks. Momentous events have taken place in the Upper Belvedere’s Marble Hall and from here there is a spectacular view of Vienna.

The Hundertwasserhaus house is an apartment complex in Vienna designed by Austrian artist Friedensreich Hundertwasser. Constructed between 1983 and 1985, the city gave Hundertwasser, and his co-author architect Joseph Krawina, free reign of the design. Hundertwasser wanted a building that was closer to nature, which is why there are so many trees, and without any unnatural straight lines. He liked bright colors and whimsical shapes which is why the house looks the way that it does today.

No visit to Vienna is complete without a visit to this magnificent palace. The gardens are a must. My favourite view of the palace is from behind the Neptune fountain. Also, make sure you walk all the way up to the Gloriette for a view of the palace and surrounding neighbourhood.

Today, the Vienna State Opera is considered one of the most important opera houses in the world; in particular, it is the house with the largest repertoire. The Vienna Opera, began in the early 18th century. Since then it has continuously produced performances every year. The building was opened in 1869, part of Franz Joseph’s expansion of Vienna which has left such a magnificent legacy of grand buildings in the city. There are guided tours, or, better still, attend one of the 300 performances held every year in an every changing program.

The Wiener Rathaus serves as Vienna’s town hall, as well as the seat of government for the State of Vienna. The Gothic-style building, constructed in the 1880s, features the Rathausmann that sits on top of the tower and is a symbol of Vienna. The Wiener Rathaus is currently undergoing an extensive renovation that is expected to be completed in 2023.

The Austrian Parliament Building is where the two Houses of the Parliament of Austria conduct their sittings. The building was designed by the Danish architect Theophil Hansen and is an example of Greek revival. The foundation stone was laid in June 1874, and the first rooms were ready for occupation in November 1883. The building was partly destroyed during the Second World War, and reconstruction work was completed in 1956.

Graben is one of the most famous streets in central Vienna. The word Graben means “trench” in German, and dates back to an old Roman encampment in the Austrian capital. Back in those days, Vienna was surrounded by a city wall, with a trench alongside of it. The trench was later filled in and became one of the first residential streets in Vienna. Craftsmen originally lived in wooden houses on the Graben, but it gradually evolved into a market place and later residences for the city’s elite. Today it is an up-scale shopping promenade, with many local specialties such as Wien Porzellan.