Top 11 Things To Do In El Nido, Palawan 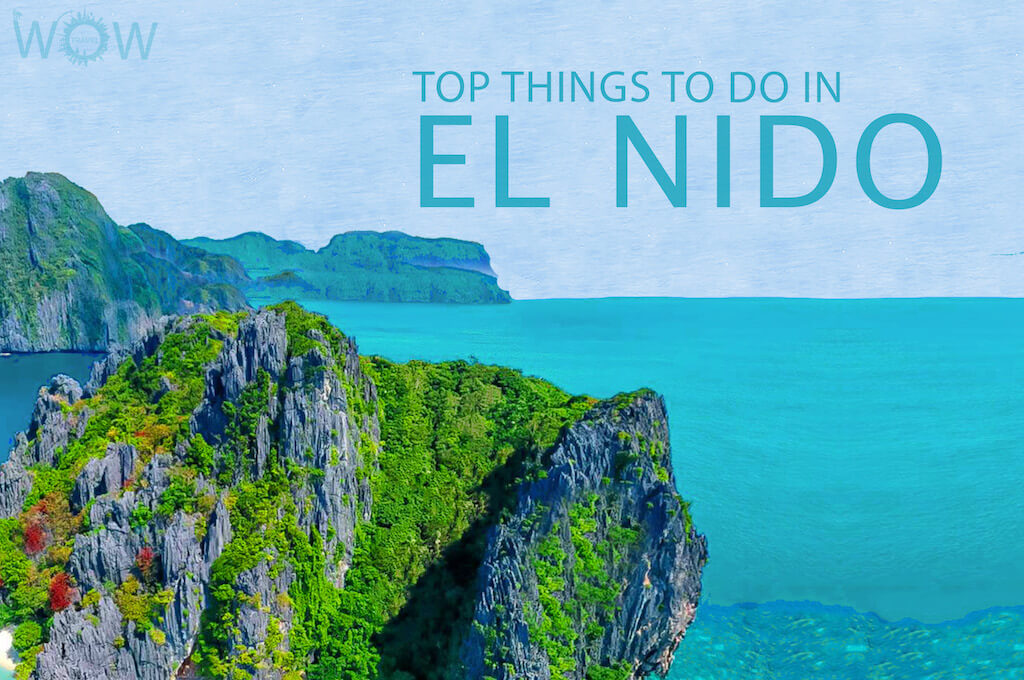 There’s a good reason El Nido, Palawan is called the last marine frontier in the Philippines. It does not only have over 50 beaches, public and secluded, but it also is home to captivating beaches, majestic waterfalls, prehistoric caves, and picturesque landscapes. El Nido is the best place for any beach-loving person. If you are planning to visit the island on your next trip, here are the top 11 things to do in El Nido, Palawan.
[booking_product_helper shortname=”el nido, palawan”]

El Nido is actually a group of 45 small islands, making it the perfect place for island hopping. In fact, island hopping is the favorite activity among tourists. No matter which travel agency you choose, you will be offered four different island hopping tours. Each tour will take you to different beaches, caves, lagoons, and islands.

Kayaking is the cheaper alternative of island hopping tours. People who don’t mind to row their way to the nearby islands and lagoons can rent a kayak from some of the best beach resorts and hotels in El Nido. It’s also ideal for those who want to have more freedom in exploring the islands as you won’t have to follow the stricter schedule of tours.

Sail To The Big Lagoon

You might know the Big Lagoon as the most photographed spot in El Nido. Its breathtaking entrance– ancient limestone cliffs towering over the clear green waters set and against the blue sky– leaves visitors with the most tranquil feeling. Swim in the cool waters of the lagoon. You can also try snorkeling and scuba-diving to find the beauty that lies underneath it.

With more than 120 species of coral, 800 species of fish, and 1700 species of nudibranche and crustacean, you can say that El Nido has a megadiverse marine life. If you want to witness the islands’ coral gardens and schools of fishes, you should try diving in South Miniloc. The island, a small distance from the Big Lagoon, is considered the most popular dive spot in El Nido. It’s one of the few pelagic zone in El Nido, giving you the chance to encounter big barracuda, mackerels, and tunas.

Nacpan lies 25 kilometers from El Nido town. Because it takes about 60 minutes to reach this secluded beach, it has essentially remained unexploited by tourists. Although there are a few resorts near the beach, they are not as sophisticated as those in the town. So if you want to spend the night here, it is best that you bring your own tent and camp at the shore.

Climb The Hill At The Twin Beach

If you are staying at Nacpan beach, you might want to take a short hike to the south. This portion of the island is quieter. Lines of local houses and fishing boats decorate its shores. If you climb up a higher ground though, you’ll be able to witness the point where Nacpan beach merges with Calintang beach. Between them is a 2.5-miles stretch of white sand, barely diving the azure waters of the two different beaches. It’s one of the most scenic views you’ll find in El Nido.

Watch The Sunset At Las Cabanas

If you prefer the warm bustle of fellow tourists, then you’ll love Las Cabanas beach. It got its name from one of the oldest resorts in El Nido – Las Cabanas Resort. Its popularity is mainly due to its strategic location. It’s just a few minutes from the town, and because it faces west, you have the perfect view of the setting sun from its shores. Enjoy the grandiose sunset against the panoramic backdrop of islands dotting its clear, blue waters.

Have you ever heard of island hopping via a zipline? It is an interesting activity that you should try while you are at the Las Cabanas. The resort has a 720-meter zipline that will bring you to Depeldet island. You can choose a one-way or a return zip. However, since the water between Depeldet island and El Nido is shallow, it’s best the you walk back.

Duli beach is only 2 kilometers long. However, this secluded place is the greatest spot in El Nido for surfing. It has consistent swells, especially from November to April. With jungle and rugged rocks behind you and the white, sandy beach and waves of water in front of you, you can have privacy while you’re learning how to surf.

Stroll towards the Nagkalit-kalit Fall

Between El Nido town and Nacpan beach is Nagkalit-kalit Falls. A 20-to-40-minute walk through the jungle and river will take you to the gentle falls. The natural pool of water under them is the most refreshing place to swim and relax your body.

Go inside the Cathedral Cave

Your trip to El Nido is not complete if you don’t visit the Cathedral Cave– an open chamber situated right in the center of Pinasil island. Shaped like a cathedral, it is surrounded by high cliffs and blue waters. It is only accessible by a kayak or dinghy. At certain times of the day, you can see its cool interior light up with natural sunlight, which comes from an opening near its peak. It’s a magical sight that you don’t want to miss.